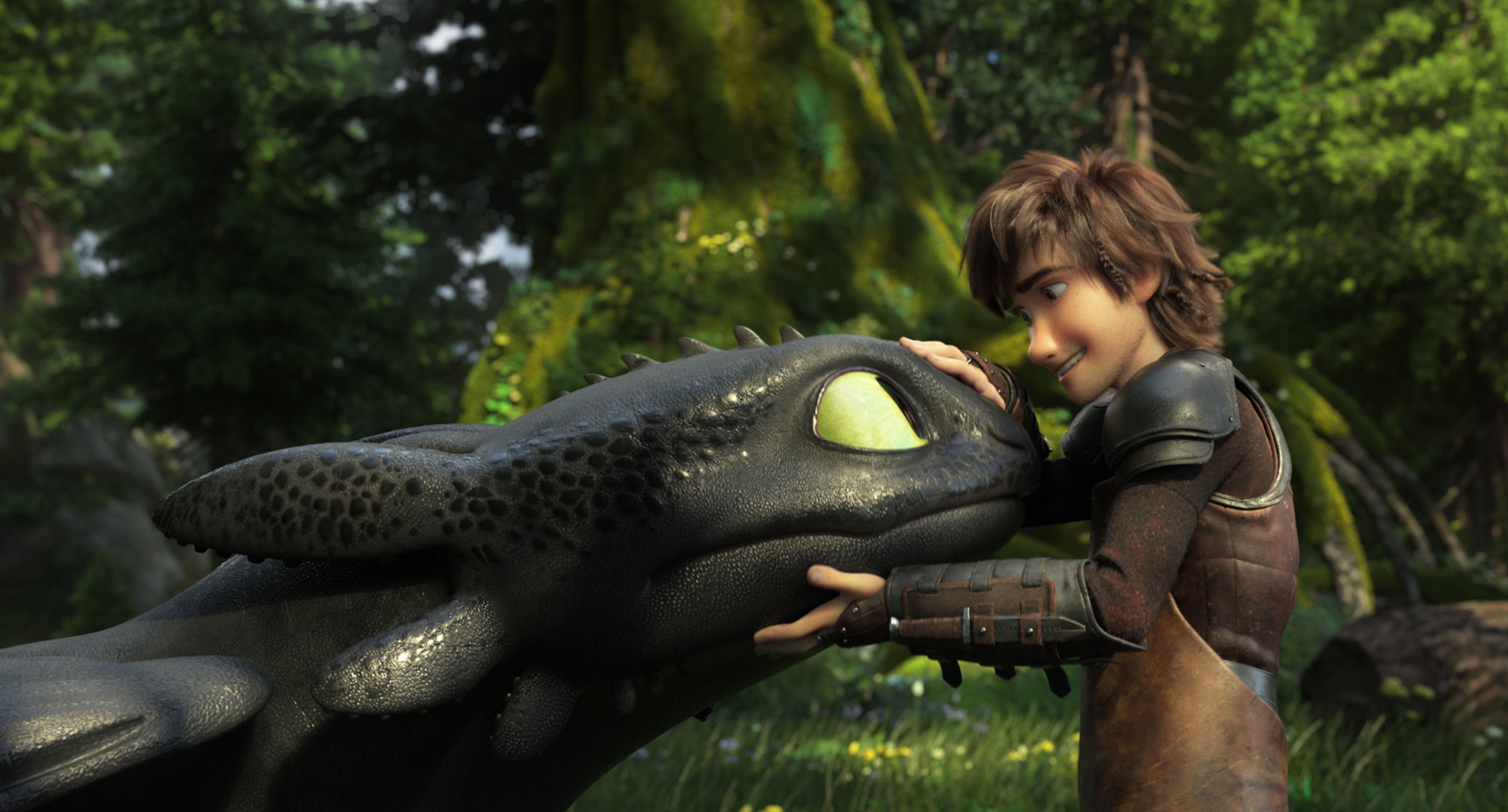 Time plays a key role in the How to Train Your Dragon films, with each successive entry following up on the characters after several years in order to trace the impact of actions they took. The third film in the series, The Hidden World, sees these characters and their island in the sky greatly transformed from their humble beginnings. Berk, once a barren village inundated with brutal dragon hunters, is now practically impregnable, a haven for the endangered dragons. Hiccup (Jay Baruchel) is also now its chief, and his companion, Toothless, is the reigning alpha male of all dragons. As a result, The Hidden World doesn’t lend itself as easily to the showstopping spectacle of its predecessors, which saw Hiccup and Toothless doing battle against stronger and often bigger enemies, but it remains noteworthy for its rumination on the subtler costs of these characters’ newfound prosperity.

Early in Dean DeBlois’s film, much is made of the way that Hiccup and his friends have come to take their dragons for granted; raids to free captured dragons only succeed as a result of the enormity of the freed dragons compensating for sloppy human error. Complacency has made the film’s heroes prone to negligence, and the holes left in their security are quickly exploited by Grimmel the Grisley (F. Murray Abraham), a dragon hunter who, having almost single-handedly brought the Night Fury species to extinction, is now targeting Toothless. Not unlike that of other villains in the series, Grimmel’s motivation is simple, but he differentiates himself from, say, Drago Bludvist in his calm, eerily playful demeanor. He easily slips through Hiccup’s lax defenses, and while he could easily kill Toothless within the film’s first act, he spares the creature for the purposes of playing mind games on humans and dragons alike.

Grimmel’s psychological torment results in short bursts of guerrilla warfare, and much of the film’s action scenes tend to revolve around the heroes contending with Grimmel’s own dragons, garish creatures with retractable tusks, scorpion-like tails, and an equal ability to breathe acid and flame. Their attacks feel truly frightening, in no small part for the way the camera tumbles along with these creatures’ skittering and rapacious lunges. Seeing such vicious, disorienting fights play out amid the vividly colorful world of The Hidden World is jarring, exacerbating the sense that Grimmel has completely upended the characters’ usual understanding of conflict and badly exposed their inability to adapt to new situations.

That struggle to evolve also marks the film’s secondary conflict: the internal debate that Hiccup comes to have over his and other humans’ relationships to dragons. The film’s title refers to a mythical realm of dragons that Hiccup seeks in order to build a new, more secure Berk in perfect harmony with dragons. Gradually, however, his notion of utopia is challenged by the increasing realization that even the well-meaning, dragon-loving citizens of Berk still treat their beasts as subordinates rather than as equals. This comes to a head when Toothless, thought to be the last of his kind, comes into contact with a radiant, white-colored female Light Fury and his erstwhile devotion to Hiccup takes a back seat to his biological drive to hook up. Much of the film concerns Toothless attempting to perform courtship rituals to impress his potential mate and increasingly pulling away from his human master in order to spend time with his love interest. Scenes of Toothless clumsily performing dances and other mating rituals are humorous, but underneath his stumbles is a mildly tragic reminder of how alone he’s felt despite living among so many other kinds of dragons.

The difficulty that Hiccup has in accepting his companion’s independence exposes that, for all that the character has evolved as a leader across this series, he’s yet to fully mature. The Hidden World, not unlike Toy Story 3, is fundamentally about the act of growing up and letting go, of coming to terms with the impermanence of relationships. If the film sometimes feels too small in comparison to its predecessors, it manages to make the most of its quietest moments, acknowledging that some aspects of getting older are scary, and that accepting the sacrifices of growing up is as much an achievement as overcoming any living, breathing villain.

Review: Paddleton Is an Unintentionally Creepy Ode to the Man-Child