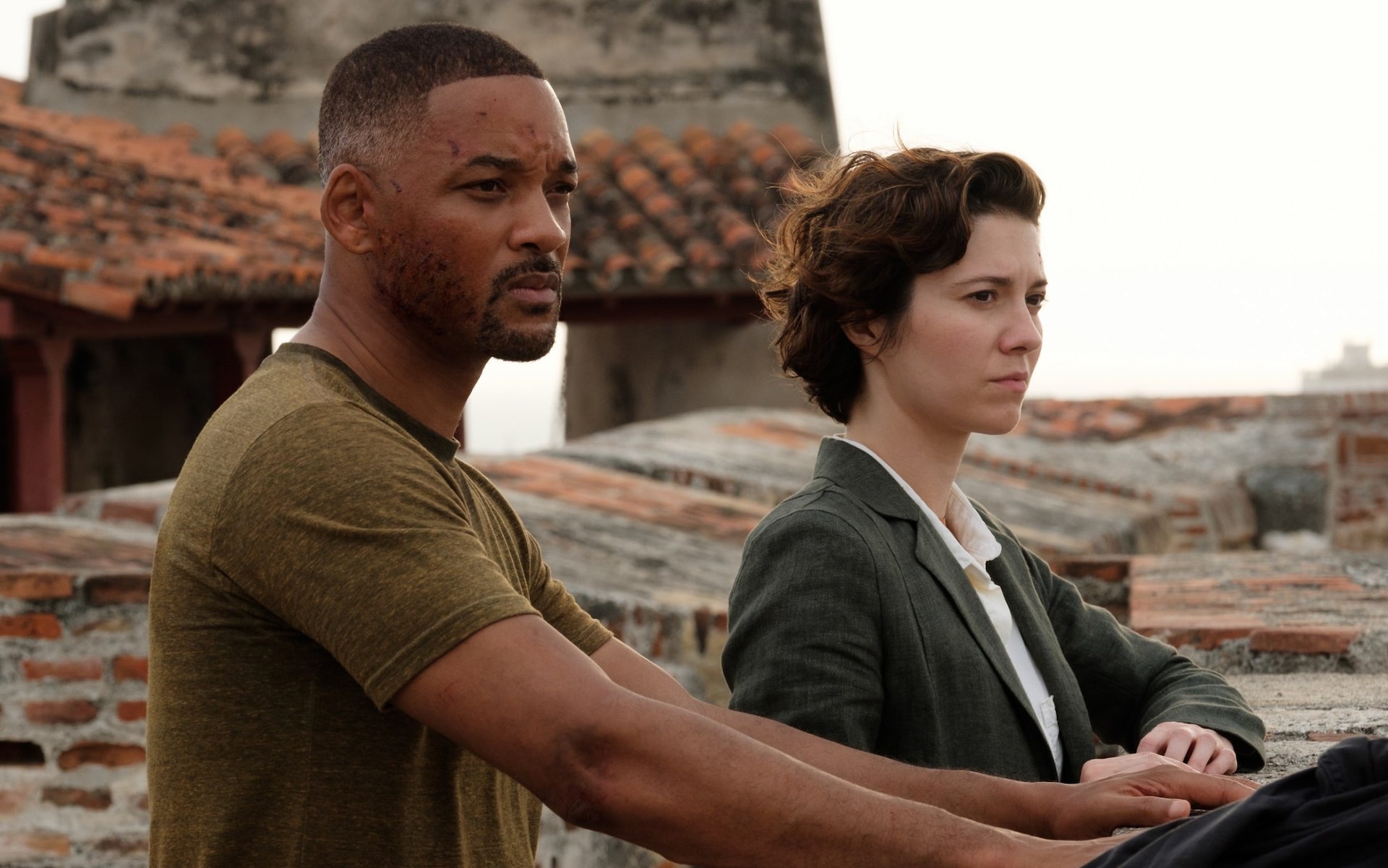 In centering its action melodrama around the confrontation between its main character and a duplicated version of himself, Ang Lee’s Gemini Man joins some dubious company: the forgotten Jean-Claude Van Damme vehicle Replicant, the late-pre-governor-era Arnold Schwarzenegger film The Sixth Day, and Richard Lester’s abortive superhero sequel Superman 3. These films relied on split-screen techniques and misleading cuts to split their respective heroes in two—tricks that had, in essence, existed since Georges Méliés. New digital technologies appear to have spurred this old Hollywood hobbyhorse back into action, as Gemini Man’s preternaturally gifted, recently retired secret agent Henry Brogan (Will Smith) confronts not just a clone, but a younger clone, logically dubbed Junior and also played by Smith, de-aged via facial scanning and semi-automated digital animation.

If the special effects industry has devised some new tricks, however, Gemini Man is hardly evidence that Hollywood screenwriters have. Co-written by Billy Ray, Darren Lemke, and David Benioff, the film never successfully redirects our attention from its naked exhibition of advanced CG and toward some sort of meaningful conflict. The broadly sketched attributes that define Brogan are either totally utilitarian (he has a bee allergy, which comes into play in a manner so haphazard that one suspects that the payoff was added at the last minute) or completely unexplored (such as his insomnia). Sometimes, the script’s sense of characterization also betrays its undercooked thinking about its ostensible main subject. To wit, the film dwells both on how Brogan’s traumatic upbringing shaped his psychology and on how different Junior’s youth has been, but then it has Brogan assemble a precise and specific psychological profile of Junior based on his own mind. Nature or nurture? Whichever one, apparently, is convenient to producing a teary-eyed Will Smith in a given scene.

Given Benioff’s writing credit here, it’s also hard not to draw a connection between the phony female badassery of HBO’s Game of Thrones and how Gemini Man treats Danny Zakarweski (Mary Elizabeth Winstead), the agent sent to surveil Brogan in his retirement. When Brogan, attempting to relax and do some boating, outs the attractive young woman working at the dock as an undercover D.I.A. agent (definitely not C.I.A., for whatever reason), he observes, ostensibly impressed, her distinguished record: how she never received a single demerit despite her expansive resume of operations throughout the globe. Brogan then spends the remainder of Gemini Man explaining standard spy procedures to her, like going on the lam, as if she were a rookie. (Lee, Benioff, and company also stage an egregious scene that sees Danielle the seasoned spy strip for an awkward pat-down from Junior.)

Junior has been sent to kill Brogan by Clay Verris (Clive Owen, doing his best to menacingly hit those American diphthongs), Junior’s surrogate father and the head of Gemini, a private military contractor. Brogan, it seems, constitutes a proverbial loose end for both the D.I.A. and Gemini, which cloned him in 1995 and now has his replacement ready to go. The seeming arbitrariness of Verris choosing Junior to assassinate Brogan is hardly accounted for by the film’s explanation, which has something to do with Brogan being Junior’s “darkness” that he must vanquish in order to…become a real man? It’s unclear, particularly as it appears that Verris didn’t want Junior to discover that they were actually the same man.

Perhaps appropriately, Gemini Man suggests a hybrid clone of Bourne, 007, and Terminator flicks. An internecine conflict between shifty agency types divided over what to do about Brogan plays out in dry cellphone exchanges, a pursuit through mostly random places around the globe provides the film with exotic backgrounds for motorcycle chases and extended fisticuffs, and a late-film revelation about Gemini’s ultimate goals raises the specter of a post-human world. Throughout, the action is underwhelming, as Lee uses rapid cuts and tight angles to disguise faulty CG—but to no avail. The problem is less Junior’s digitally altered face—which, while not perfect, can actually emote—and more the rubber bodies that bounce around the frame, rolling out of car accidents and flipping into karate kicks.

Gemini Man is an action movie whose attempt to carry emotional weight is betrayed by the utter weightlessness of both its spectacle and its narrative. There’s a story here about middle age and the loss of youth, the uncanniness of knowing you were once a person you no longer are—the existential discomfort of looking in a mirror and seeing someone else looking back. Occasionally one gets a glimpse of the film Lee thinks he’s making: Brogan avoids mirrors, as he avers on a few occasions, and interestingly, Lee frames close-ups almost frontally, the actors nearly staring into the camera, as in a mirror (or a Yasujirō Ozu film). There’s a self-reflexive element to Gemini Man, concerning the illusory preservation of youth in the cinema and the way Hollywood reflects ideal selves back to us. But Lee can’t do much with this idea, and even a soulful pair of performances from Smith can’t enliven the cardboard world erected around the special effects at the heart of the film. In the end, whatever new technology facilitated its genesis, Gemini Man is just another assembly-line reproduction.

Review: Mister America Is an Essential Addition to the On Cinema Universe

Review: The Dead Center Is an Atmospheric Study of Human Futility