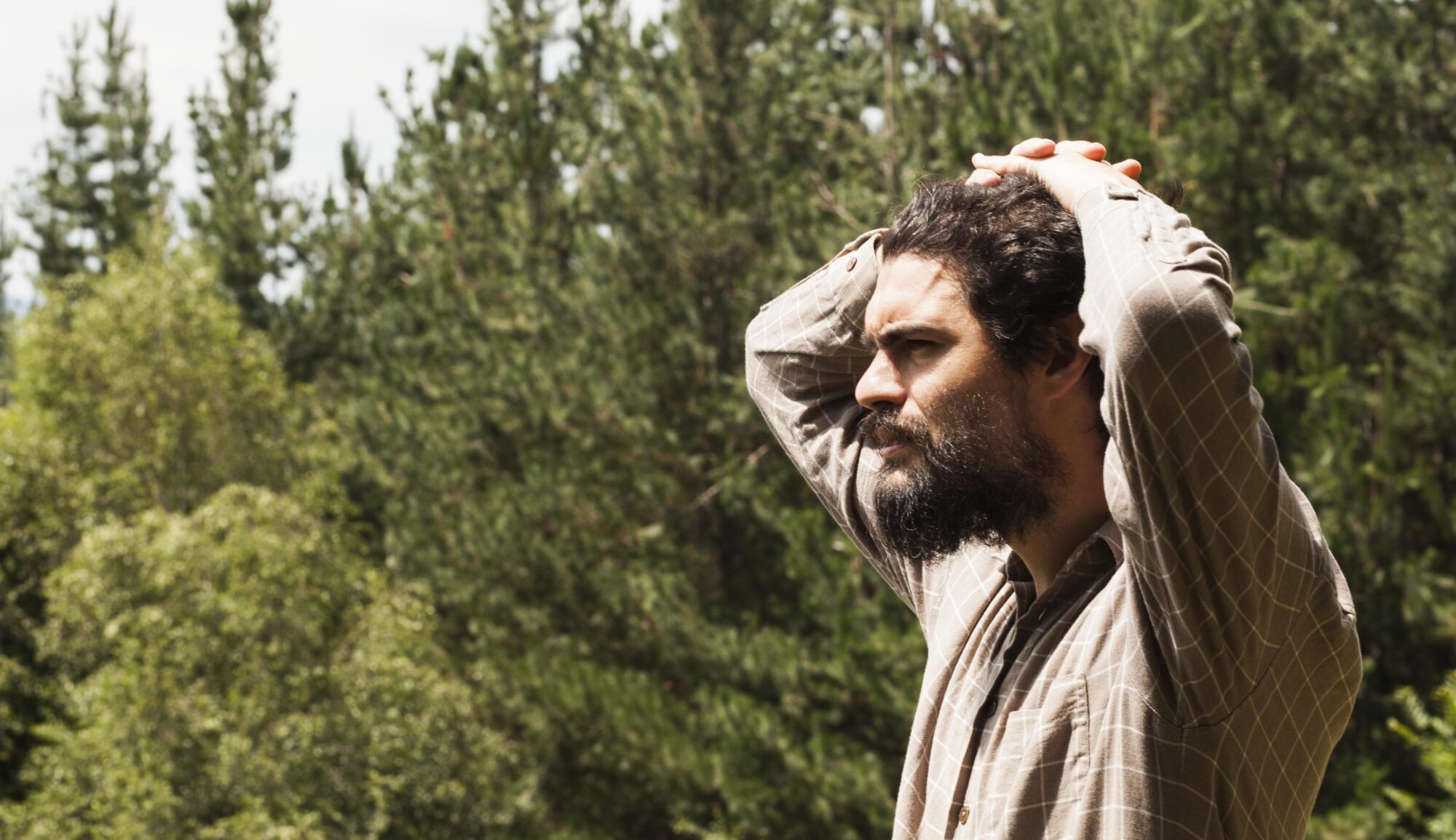 Oliver Laxe’s Fire Will Come refreshingly occupies an almost uncategorizable cinematic realm. Were it a piece of writing it would exist at the crossroads of an essay, a reportage, and a series of haikus singing the praises and the plights of a threatened ecosystem. Although we know its images to be composed and assembled, and as such “fiction,” the film’s delicate pace and the contemplative choreography of its camerawork conjure a sense of authenticity so organic that we’re almost convinced that there’s no space between the characters and the actors, between the filmed setting and the actual landscape.

This is a film where the characters’ names coincide with those of the actors playing them. It’s at once a portrait of a place and a portrait of a person—namely, of the Galician countryside and of Amador (Amador Arias), an arsonist who returns home to see his elderly mother, Benedicta (Benedicta Sánchez). Given the rich simplicity of the scenario, Laxe recognizes that even the smallest amount of traditional plot would feel excessive. The movements and intentions of the film’s camera, philosophy, and rhythms bear a lyrical kinship to Trás-os-Montes, a portrait of the eponymous region in the north of Portugal, not far from Galicia.

But filmmakers Margarida Cordeiro and António Reis juxtapose serene contemplation with unabashedly theatrical interventions in their landscape. Laxe, on the other hand, is largely happy to extract drama from the disarmingly un-posed ordinariness of his actors’ faces and sharp sounds of their environment. Raindrops hitting dry soil, toppling trees, the fog that turns the entire frame into an abstract canvas—all conspire toward a refusal to tell a story through something other than the meticulous observation of the world at hand. It’s a world teeming with dogs panting, cows mooing, roosters crowing, twigs breaking, chainsaws gashing trees. And, of course, fire burning almost as ardently as the many things that remain unsaid by characters too disillusioned to bother engaging with one another beyond the absolutely necessary daily tasks: eating, collecting milk from a cow’s udders, or attending a funeral.

Except when music plays, from Antonio Vivaldi to Leonard Cohen, at which point Laxe gets too close to stylizing an ecosystem that’s already polished enough, and forcing a dialogue that reticence articulates with much more refinement. A car scene where a veterinarian, Elena (Elena Fernandez), plays Cohen’s “Suzanne” to Amador, for instance, works as a coded declaration of love interest. Amador tells the woman he doesn’t understand the song’s lyrics. She’s clearly trying to get close to him and says he doesn’t need to understand a song in order to like it. Here, Fire Will Come loses its commitment to opacity and nuance, as Laxe juxtaposes Cohen’s song to images of the landscape and close-ups of a cow, distancing himself from art cinema’s froideur in favor of a kind of music-video sentimentality.

The film is much more in synchrony with the haziness of its imagery when it preserves the awkwardness between characters, the impossibility for anything other than life’s basic staples to be exchanged. In a scene where Amador is drinking beer alone in a pub, Elena approaches him as if to invite him to go somewhere, or to avow her feelings in some acceptable fashion. By then, we know Fire Will Come’s inhabitants to be too emotionally unavailable for any desire to find a way of manifesting itself. So, it doesn’t come as a surprise that all that comes out of the veterinarian’s mouth is: “What I wanted to ask you is how your cow is doing.”

It’s a wonderful, and wonderfully pathetic, moment, because Laxe doesn’t try to craft a metaphor around it or translate the true intentions behind the characters’ inability to see emotion as something other than foreign luxury. He simply lets the ecosystem function, observing without clarifying. That is, accepting the filmmaker’s position ultimately as that of respectful guest in the world he has created and which has developed a life of its own.

Review: Motherless Brooklyn Captures the Look but Not the Spark of Noir

Review: Ford v Ferrari Soars Only as a Crusade Against Corporate Interference