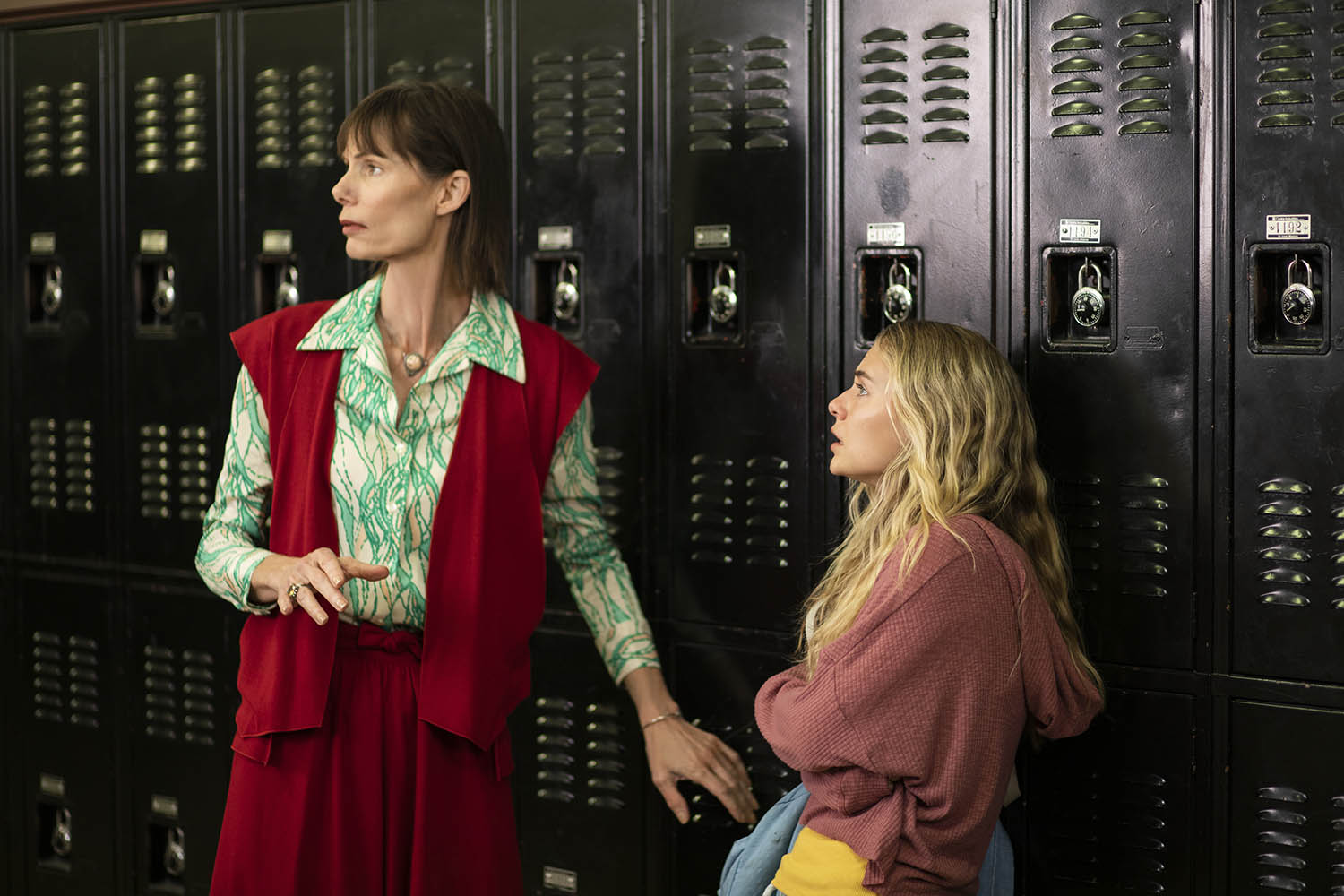 Portraying mental illness with all the nuance and insight of Jared Leto in Suicide Squad, writer-director Castille Landon’s Fear of Rain is a peculiar blend of psychological horror and weepy Lifetime drama. The film, whose literal-minded, heavy-handed approach is too cloying and condescending to even be enjoyed as exploitation, centers around a schizophrenic teenage girl, Rain (Madison Iseman), who’s been discharged from a psychiatric institution that she was admitted to after a particularly intense psychotic episode. But it isn’t long after she returns home to her doting parents, Michelle and John (Katherine Heigl and Harry Connick Jr.), that her intrusive thoughts are making their presence felt again.

Rain starts to develop an obsession with her oddball neighbor, Dani (Eugenie Bondurant), who’s also her teacher at school, believing that this unassuming woman may have a missing child imprisoned in her house. Teaming up with a charming loner, Caleb (Israel Broussard), whom she befriends after being rejected by her high school’s mean-girl clique, she starts an investigation that stirs up some serious trouble for herself and those around her.

One of the film’s key stylistic flourishes, along with a distracting over-reliance on handheld camerawork, is the occasional on-screen overlay of text from Rain’s journal. Cropping up whenever she’s beset by an unpleasant visual or auditory hallucination, it’s supposed to represent her working through a list of crucial reality checks, a practice recommended by her hilariously named therapist, Dr. Elyn Pangloss (Enuka Okuma). This is a film that takes great pains to show that it understands the plight of the mentally ill, insisting to the audience that Rain isn’t her disease—to the extent that it has her literally say as much at one point.

Fear of Rain disposes of subtlety as if it were a poison. As much as it poses as a sensitive, feature-length PSA about schizophrenia, the film isn’t afraid to use the symptoms of the disorder to drum up tension. Trying unsuccessfully to have its cake and eat it, it proceeds through a series of reality-shifting twists throughout its latter half, but this strategy is just as misguided as its efforts to educate the audience. Most of the characters and relationships are so woefully underdeveloped that these entirely arbitrary, sub-Shyamalan rug-pulls are unable to have any impact on the story. And when it does try to delve inside its protagonist’s mind, Fear of Rain fails to conjure up a single memorable image, exploring the unconscious’s capacity for abject horror with about as much courage as a mediocre Goosebumps novel.

Review: Test Pattern Is a Genre-Straddling Exploration of Sex, Race, and Power