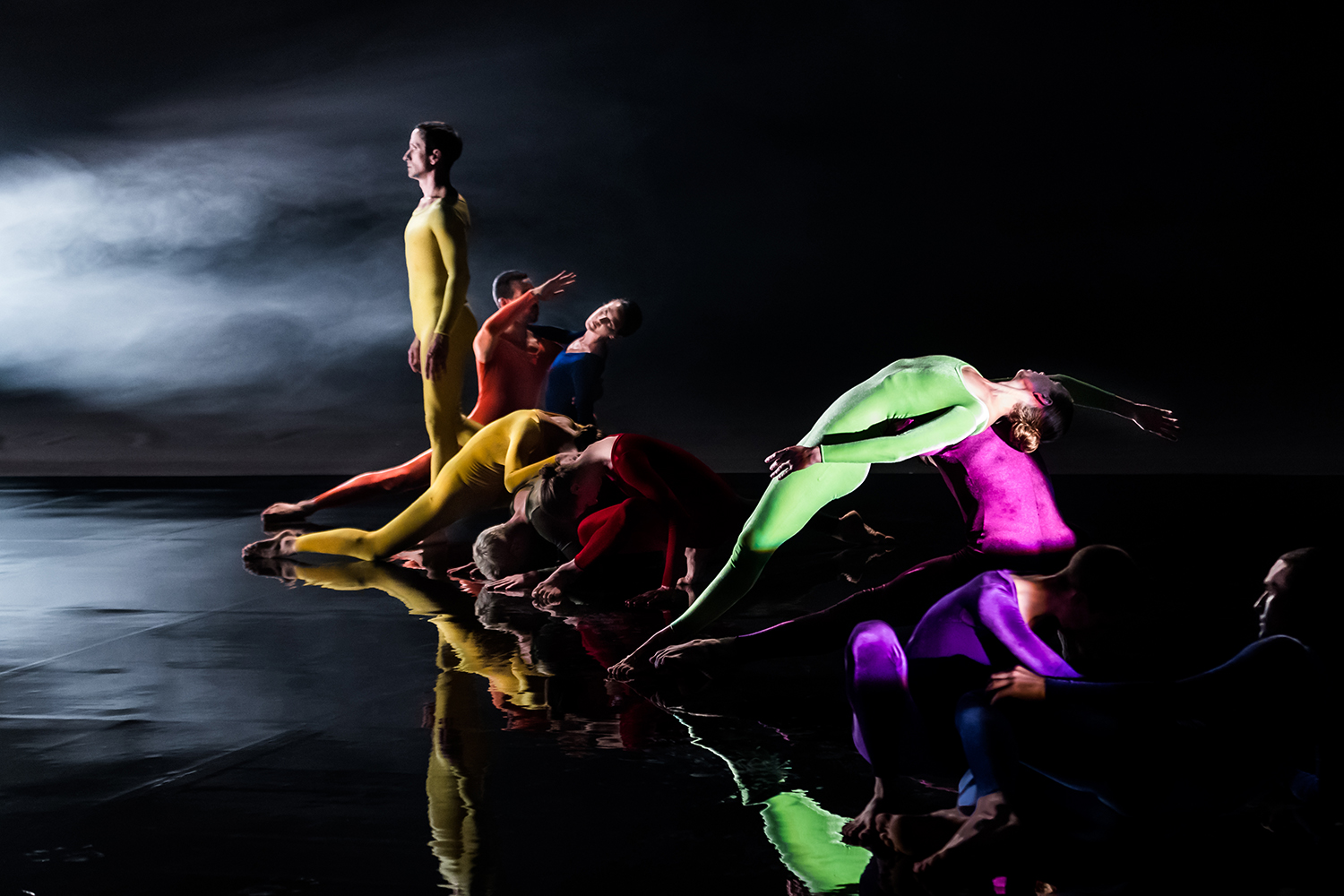 Alla Kovgan’s colorful but remote-feeling documentary about modern dance legend Merce Cunningham functions almost as though it were taking orders from the late choreographer himself. The film quotes him saying in various forms that he didn’t feel it appropriate or necessary to describe what his dances were about, and as such it feels appropriate that Cunningham leaves it to the dancing to deliver his story. But the problem with that approach is that it’s likely to leave many viewers, especially those who aren’t already dance aficionados, feeling somewhat at a remove from the subject matter.

Focusing on Cunningham’s works dating from 1942 to 1972, and his longtime collaborations with composer John Cage and other artists from Robert Rauschenberg to Andy Warhol, Kovgan balances loosely sketched biography with artistic recreation. The former sections are in some ways more engaging, as their often scratchy-looking archival footage provides at least some context for the sparse, ascetic, cold-water-flat milieu Cunningham was operating in. The latter sections, in which Kovgan stages a number of Cunningham’s pieces in settings ranging from a subway tunnel to a forest and are filmed in 3D with luscious colors, have a look-at-me showiness that cannot help but feel something like a betrayal of their source’s intentions.

Ascetic in approach but sometimes playful in execution, Cunningham in many ways functioned as the tip of the spear for avant-garde dance from the time he started producing work in the ‘40s. As related by the archival interviews played in the film, he didn’t appear to have much of a grand unifying theory behind his style. Rejecting the idea that he was some kind of modernist pioneer, he insists to one interviewer that he was simply “a dancer” and that he was really more interested in expanding the repertoire of movements available to performers by combining the techniques of ballet with what was already happening in modern dance in the postwar era. Quoting Cage in an old audio clip, Cunningham states with an emphatic flourish that “I have nothing to say and I am saying it.”

As you watch the dances staged in Cunningham, you may find it hard to argue with that perspective. In describing the reaction to one of his dances, Cunningham says with a barely concealed glee that “the audience was puzzled.” After a performance in Paris, food was hurled at the dancers (Cunningham joked that he looked at the tomato on the stage and wished it were an apple: “I was hungry”). Confusion about the lack of an underlying story or intent to deliver a singular emotion is understandable. Making less sense is the dismissal noted in the documentary of many of Cunningham’s pieces as “cold” and “passionless” (a charge that’s leveled at boundary-pushing art to this day). The pieces staged here by Kovgan are indeed sometimes airy and insubstantial or gangly and jagged. But just as often they’re lush and buoyant, like in “Summerspace,” in which the dancers’ fluid pivots spill over with a joy that is heightened by the bright spotted costumes and Rauschenberg backdrop.

In some of those segments, it’s hard not to feel as if Kovgan is aiming for a big splash that could introduce the rarely seen work of an oft-cited avant-garde pioneer to a wide audience, as Wim Wenders aimed to do with Pina. But unlike that 3D extravaganza, with its cunning staging and breathtaking moves, Cunningham is simply working from less accessible source material. Even when Cunningham’s work is less abstracted, such as that bouncy floating maneuver that is something of a signature, it doesn’t exactly catch one’s attention.

Time and again in the film, we hear or see Cunningham reiterate his principle that the dances aren’t intended to reference anything. Interpretation is up to the audience, he said. In this way, he isn’t far from the take-it-or-leave-it sensibility of Warhol, whose silver balloons he incorporated into one piece. But by amplifying Cunningham’s dances with sun-dappled backdrops and 3D gimmickry, Kovgan deviates from their creator’s principle in a way that almost seems to betray their original intent. By taking so much focus away from the dancers, the film’s stagings come close to obscuring the voice it’s trying to celebrate.