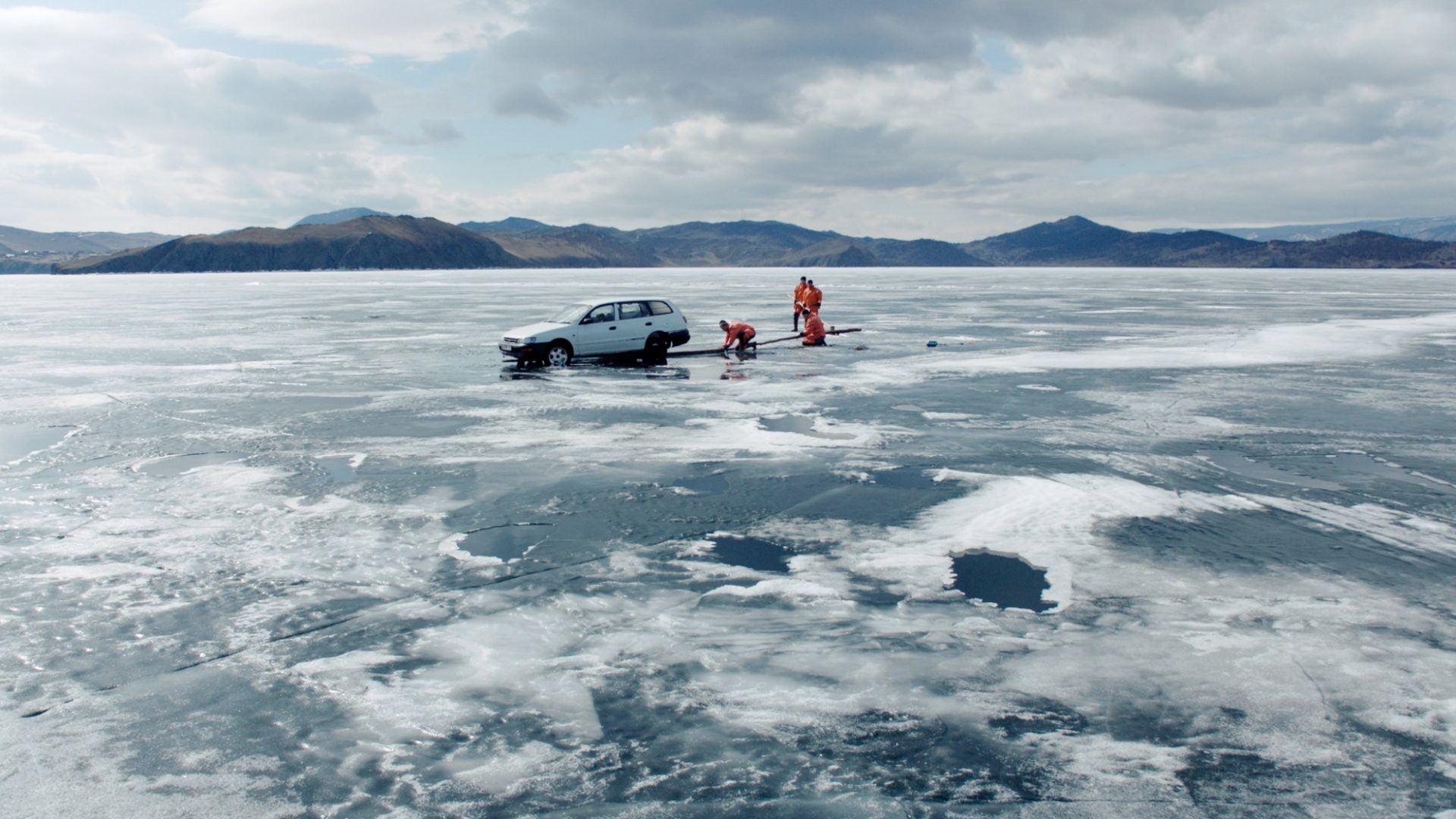 On the surface, Victor Kossakovsky’s Aquarela suggests a conventional nature doc, filled as it is with breathtaking images that attest to Mother Nature’s might and majesty. But at heart, it’s a war film: a cacophonous survey of the global battle between man and water. The film’s wide array of visual evidence showing people in brutal disharmony with their surroundings presents a compelling case that as humanity continues to assault the planet through climate change, our Earth is fighting back twice as hard.

The film opens with a series of scenes in which a group of Russian officials traipse around a large expanse of ice, periodically stabbing at it with long poles. It takes a while before we understand that they’ve been tasked with recovering automobiles that have fallen through the frozen body of water, which has started to thaw earlier in the season than normal. In one nail-biting sequence, a car speeds along the ice before, without warning, abruptly falling through and disappearing beneath the surface. A rescue crew saves the driver and passenger in a chaotic sequence in which no one’s safety seems guaranteed, not even those behind the camera, whom we never see but whose terror is palpable in the nervous camerawork.

From a sequence of a sailboat operated by a single woman battling a fierce storm to shots in which giant chunks of ice that have fallen off a glacier bob up and down in the water like gigantic breaching whales, Aquarela doesn’t lack for simultaneously awesome and terrifying images. There’s a ferociousness and churning volatility to the film’s view of nature—a point heavily underlined by Eicca Toppinen’s heavy metal-inflected score. Though not quite as abrasive as Lucien Castaing-Taylor and Verena Paravel’s Leviathan, which utilized an arsenal of GoPro cameras to create a turbulent, viscerally unsettling document of a commercial fishing trawler’s voyage at sea, Aquarela evinces a similar desire to overwhelm and discombobulate its audience. Kossakovsky employs a deeply immersive sound design that emphasizes the rough swoosh of waves and the shattering cracks of thawing glaciers.

Through a variety of cinematographic gestures—picturesque long shots, underwater footage, and tracking shots of waves—Kossakovsky gives us a wide view of the diversity of forms that water takes on Earth. Massive fields of drift ice are juxtaposed against ocean water that seems viscous and almost as black as oil. But Aquarela isn’t merely interested in showcasing water’s different states of matter, as it also constructs a subtle but distinct narrative in which water itself is the protagonist in a war for its own survival. After one particularly violent sequence of glaciers cracking apart, we see a disquieting shot of jagged, broken ice that suggests a battlefield strewn with the bodies of fallen soldiers. But later in the film, it’s as if the water is avenging itself on humankind with a series of hurricanes and torrential downpours.

Aquarela ultimately closes with the image of a rainbow appearing across Angel Falls, the world’s tallest waterfall. If that sounds like a serene coda, it feels more like the mournful calm after a particularly harrowing catastrophe. Someday, this battle between nature and humanity will end, but Kossakovsky suggests that there will be no victors on either side, only victims.

The 100 Best Sci-Fi Movies of All Time