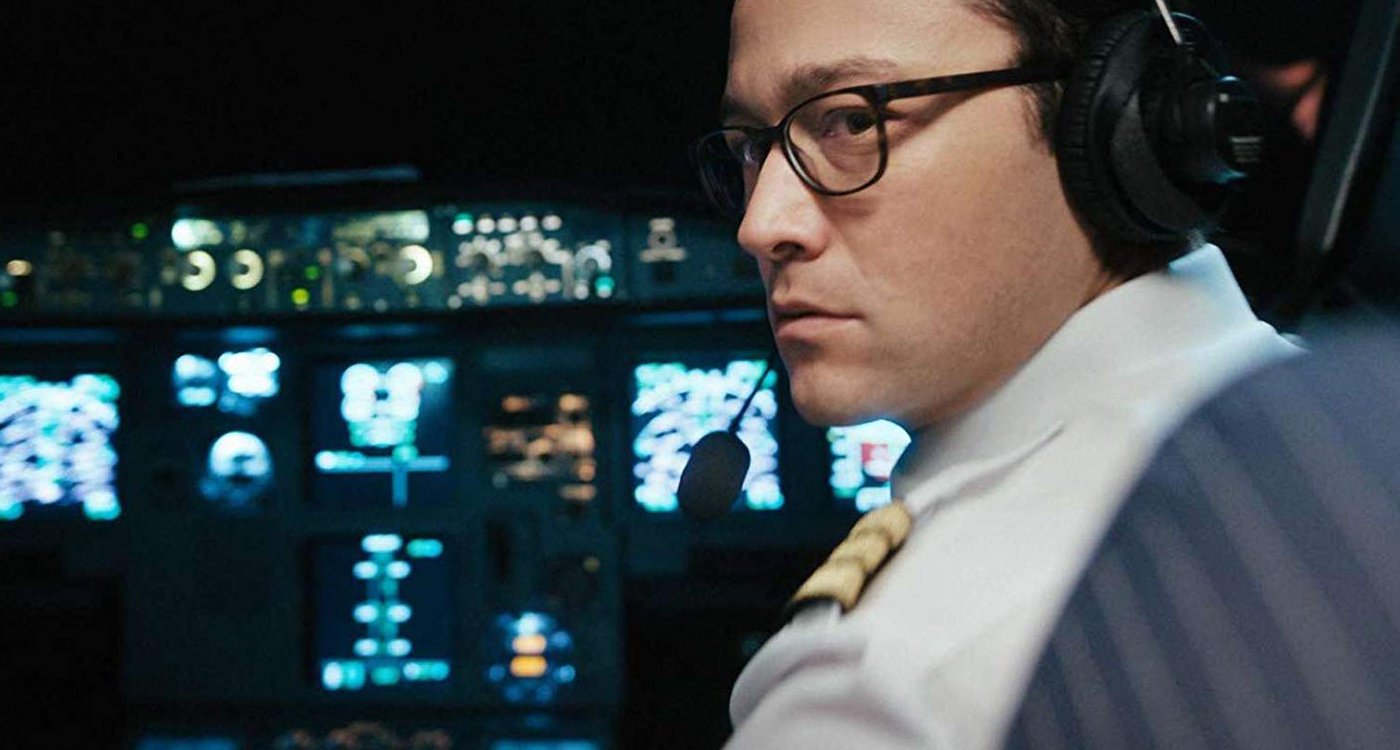 Thrillers set on planes aren’t new—they’re practically their own subgenre—but few have the gumption to take themselves so seriously that they open with a quote from Mahatma Gandhi. “An eye for an eye leaves the whole world blind,” reads the miniscule white-on-black text that precedes Patrick Vollrath’s 7500. It’s as if, by using a cliché for an epigraph, the filmmakers are consciously daring us to derisively compare the film to a freshman term paper. And the convenient, sentimental solutions to film’s dramatic impasses—feebly cloaked by its rigorous procedural realism—hardly invite a different comparison.

In any case, Gandhi’s warning about cycles of violence is barely reflected by the story that follows it. 7500 does include one passing spoken reference to Muslim children being killed every day by Western bombs, but its overall rhetoric is distinctly one-sided, as its narrative, about an attempt by three Muslim men (Omid Memar, Passar Hariky, and Murathan Muslu) to hijack an airplane, is told solely from the perspective of the plane’s Western crewmembers. In retrospect, the Gandhi quote seems less like an epigraph, which might point to an underlying theme or allude to a source of inspiration, and more like an excuse.

In this largely English-language German production, Joseph Gordon-Levitt plays Tobias Ellis, who’s serving as co-pilot on a flight out of Berlin when, soon after takeoff, the three Muslim men storm the cockpit. Also on board is Tobias’s romantic partner, Gökce (Aylin Tezel), a flight attendant who, like the men, is of German and Turkish descent. In an early scene, she checks in on Tobias, when the plane is still waiting at the gate, updating him about their son’s daycare status. The establishment of the couple’s close bond, along with a surprising indication that Gökce may harbor anti-Turkish sentiments, introduces a slight sense of foreboding for this female character in a male-driven, purportedly socially minded suspense movie.

Many major events in 7500 are telegraphed in advance by dialogue or camera setup, in a way that often straddles suspense and predictability: We know from early on that a hijacking is afoot because a quick prologue shows us surveillance footage of the Muslim men separately buying bottles at a duty-free store, disappearing into a bathroom, and reappearing having switched backpacks. (They use broken glass, wrapped in duct tape to make a handle, as improvised knives.) To his credit, Vollrath knows how to play with the audience’s anticipation, focusing his camera on the screen in the cockpit that shows the area outside the door, drawing our attention to the fluttering of the curtain dividing the staff and passenger areas, as we wait for the sudden emergence of the men we know is coming.

Even after the attackers’ semi-successful hijacking, the film takes place entirely inside the cockpit, with the surveillance camera constituting the only interface we, Tobias, and the captain (Carlo Kitzlinger) have with what’s going on in the main body of the aircraft. The confinement of the film’s action to this cramped area is a stunt Alfred Hitchcock pulled every once in a while, and in terms of suspense construction, applying such a claustrophobic dramaturgy to an airplane setting should almost count as cheating: With their speed, their volatility, their inhumanly high-flying altitude, and the anonymity of their sardined passengers, jet airliners are inherently frightening to a not-insignificant portion of the world, and Vollrath often plays to—or preys on—that fear rather successfully.

However, the convenient plot twists that keep the flight from immediately ending in mass tragedy, and a pretty eyebrow-raising depiction of Turkish-Germans, undermine 7500’s early pretense that it’s aiming for something other than the exploitation of the deepest and most regressive fears. And it’s worth contemplating, as long as the film insists it has something to say, the political meaning of the decision to lock us in the cockpit with the pilots.

The scenario here is different than that of Hitchcock’s Lifeboat, whose central metaphor sought to illustrate that in the uncertain struggle against fascism, we’re all in this together, no matter our personal and class differences. That we spend all of 7500 locked in the aircraft’s control center while some 90 mostly faceless people silently await their fate on the other side of a closed-circuit camera, may be sending a different message indeed. In the end, it’s difficult to see 7500 as much more than fodder for Germany’s ascendant far right.

Review: Picture of His Life Testifies to a Photographer’s Compassion for Nature

Review: Babyteeth Neatly Threads the Needle Between Tragedy and Comedy