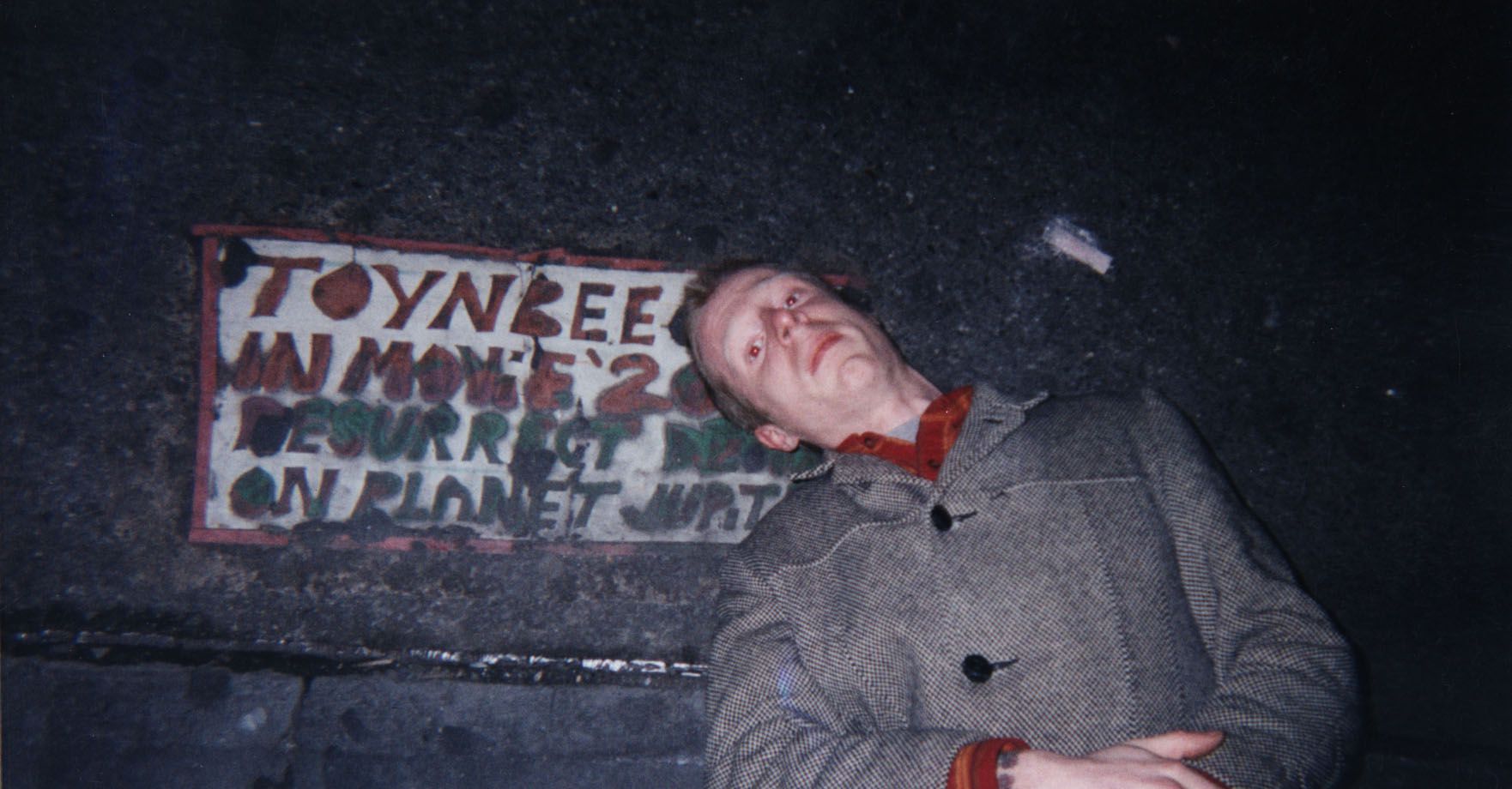 One of a handful of recent examples of aesthetically uncompelling but conspiratorially enigmatic street art, the Toynbee Tiles have been found caked into the asphalt of highways in major metro areas throughout the Eastern U.S. and, arbitrarily, South America. The big, gawky, blocky typeface of these small, candy-colored panels reads virtually the same every time—“TOYNBEE IDEA / IN MOVIE 2001 / RESURRECT DEAD / ON PLANET JUPITER”—while smaller, scrawl-y scraps about the plaque’s periphery contain spookily stream-of-consciousness narratives about “hellions” and evil journalists. It’s the sort of urban, capitalist-sick love note your average outsider yearns to find randomly plastered under his feet as he walks home from an artisanal coffee shop.

Philadelphia-based filmmaker Jon Foy’s Resurrect Dead: The Mystery of the Toynbee Tiles taps into that misfit yearning, following three Toynbee obsessives in their several-years-long attempts to track down the intrepid “artist” responsible for the road text. As a quasi-investigative documentary, however, the film somewhat predicts its own anti-climax with its choice of subject matter: The (likely) identity of the autodidactic arts-and-craftsman and socio-phantasmagoric loony who fashioned the tiles is accessible via Wikipedia—and knowing his name, of course, hardly makes him any less of an anonymous recluse archetype. Furthermore, the meaning of the plaques’ angular, haiku-like prose is fairly self-evident, if an awkward stretch rhetorically, for anyone familiar with Arnold Toynbee’s anthropological writings and the alluded-to sci-fi tropes. And so the “mystery” here is an even more opaque MacGuffin than is typical for a film that examines cryptic infatuations. All the movie can really do to invent suspense, then, is to lead us through the experience of Toynbee sleuths Justin Duerr, Steve Weinik, and Colin Smith, narrativizing the accumulation of their expertise and dramatizing the oh-so-close brushes with their objet du concern.

The former thread evolves into a mosaic of desultory, batshit theories, most of them articulated with swooping graphics and Ken Burns’d photos; it’s like an iMovie (and nonfictionalized) knockoff of Zodiac where the protagonists are hunting for Henry Darger instead of a serial killer. And then there are the obligatory, and wincingly, run-of-the-mill Freudian anecdotes: That Duerr turns out to have been the victim of social ostracism as a child for his offbeat personality and obstreperous sketch work provides a fair enough motive for his interest in the tiles, but the film positions this revelation after we’ve cozied up to Duerr’s character, as though intending to facilitate a shoddy climax of pathos.

Strangely, too, the movie often observes that the triad of detectives who act as our narrators were far from the first to uncover the juiciest details about the Toynbee Tile progenitor, and so the testimony we hear from suspects’ neighbors and similarly curious media underlings feels muted, like a halfhearted repetition. Part of this might also be the fact that many interactions feel dramatized, and are further flattened by the faux-Dateline editing. For example, there’s a “so what?” moment when we’re told a weirdly stilted (rehearsed?) story from a man who claims to have heard the tiler call in to a television talk show to spread the Toynbee ravings. And when Duerr has a phone conversation with a suspect’s mother, Foy crosscuts the chat with an expository talking head, leading to unnecessary echolalia. (After Duerr, on the phone, says, “Oh, so somebody contacted him before about [this]…”, footage of Duerr being interviewed immediately interjects that “She said we weren’t the first people to bring this up…”.)

The pity is that Duerr, in particular, clearly views the subject of his passion with a great deal of complexity; he pulls no punches in vilifying the man’s inane, dithering politics, but finds the guerrilla dissemination of his convictions inspiring all the same. (The tiler turns out to have run a subversive organization for the propagation of his space-opera theories, as well as a shortwave, preacher-like radio program.) In one, likely reenacted scene, Duerr comes across what he believes to be a fresh, just-laid tile in Philadelphia. His eyes widen as he peels tar paper back to expose a still-warm specimen with rich, un-rubbered colors, and he seems to achieve a moment of clarity. He then scours the vicinity, calling out swatches from the tiles’ mantra in a vain attempt to catch the artist’s attention, and it almost seems like he’s speaking directly to the city itself—as though the tiles simply congealed from errant oozings of inner-city madness. But while this gets uncannily at the seldom-mentioned, somewhat uneasy post-populism of outsider art, Foy directs the sequence like a cheap tease, and buries it in the film’s confused chronology. It’s in this PBS special-esque mis-prioritization of details that Resurrect Dead ultimately clunks by without arousing much interest in Duerr or even, incredibly, the lambasting of “hellion Jews.”