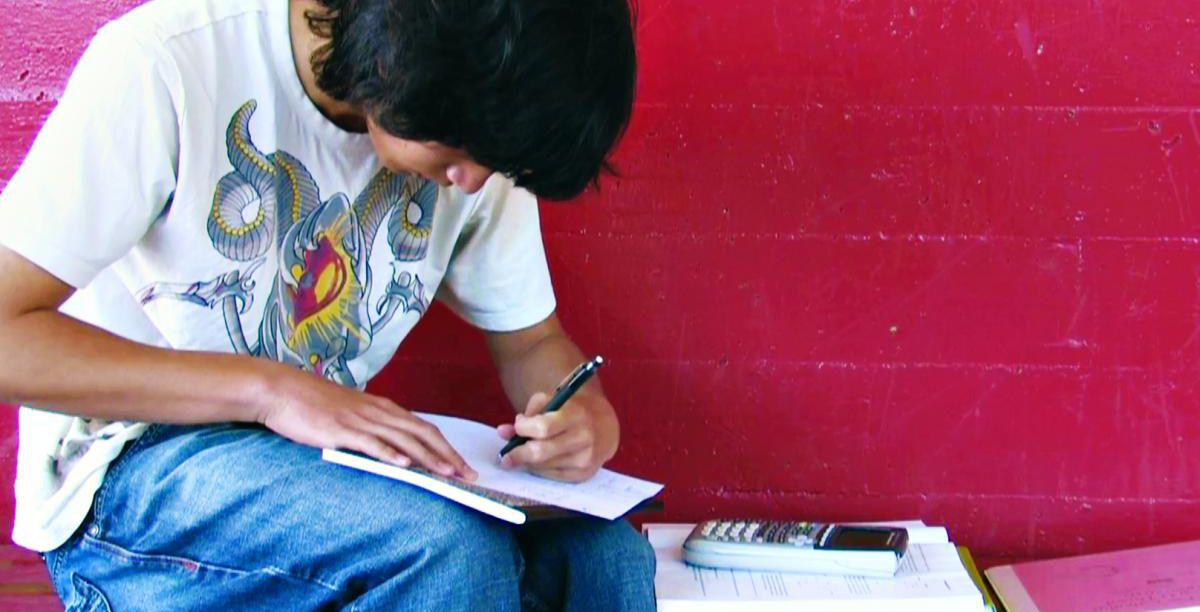 Ostensibly an examination of a dry but crucial issue, Vicki Abeles’s Race to Nowhere hews too closely to the claims and protests of its student subjects to ever feel truly objective. Occasional lapses into hysterical worry-worting don’t help, and the film ends up undercutting its mostly valid points by overplaying the importance of its topic.

The race being run is the one rigidly conscripted for America’s high school students, who in the reckoning presented here are funneled from one grade to another, not learning information as much as briefly retaining it. Burdened by the pressures of their schools and the demands of their parents, both vicariously obsessed with image, they spend the tail-end of their childhoods consumed by stress. Within this culture, school becomes less about learning and growing than the creation of an idealized self—all good grades, great test scores, and community service—intended to optimally impress college recruiters.

These are a lot of assertions to handle at once, and Race to Nowhere often doesn’t seem up to the task of managing its manifold concerns. We get teary missives from overworked students, pleas from parents who’ve seen the error of their ways, but these arguments seem less likely to sway opponents than convince them of the laziness of today’s youth.

Salient points are made, especially about the misplaced priorities of school systems, which divert funds to already-rich schools at the expense of poorer ones. It’s also shocking, even in a society where teaching for the test is an accepted practice, to learn that 50% of UCLA freshman need remedial courses to repair their poor math and language skills. But these facts are too often swept up in the gusts of overblown righteous anger that the film employs to mask its inability to master its wide variety of contentions. Most offensive is the appropriation of the legacy of a 14-year-old suicide victim, who’d been stressed out by low math scores, as terminal proof of what’s at stake.

When it settles into more balanced surveying, explaining alternative means of education and gleaning stories from frustrated but hopeful teachers, Race to Nowhere becomes the rare documentary that provides legitimate answers to the questions it raises. Its attempts to cover so many topics, while clearly out of control, are also commendable. But too often the film loses its core levelheadedness and grows shrill, as if threatened by the size of its task. As things wind down, the scrambling to stack evidence by stuffing all teenage problems under the stress and pressure umbrella becomes tiresome. Quotes like “The world is run by C students,” meant to defuse the situation, feel uncharacteristically glib for a film otherwise concerned with real exploration of issues. Race to Nowhere definitely has real points to make, but it loses sight of them in straining to save the world.