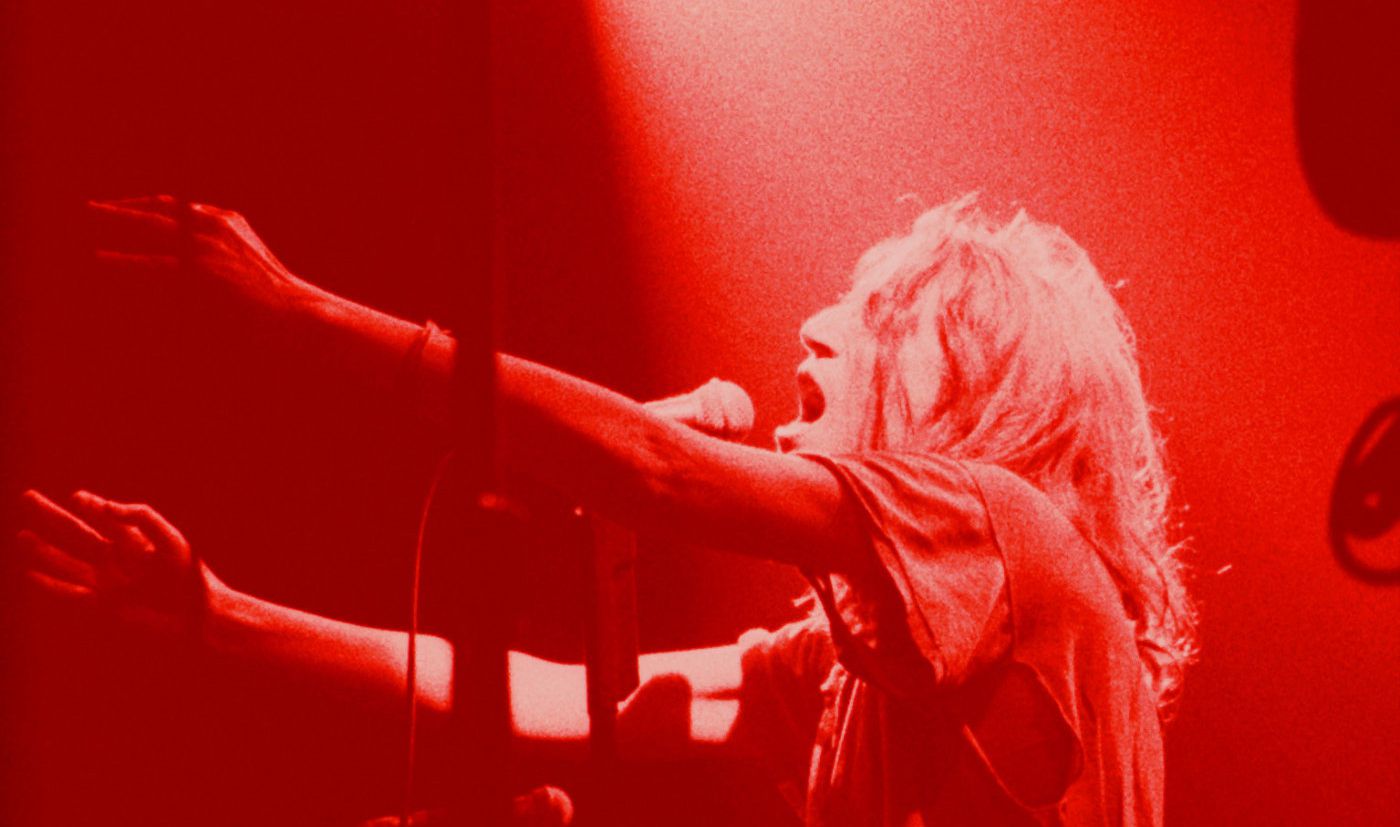 Whether she wants it or not, Patti Smith now has a No Direction Home to call her own, except Patti Smith: Dream of Life is less documentary than reverie, a series of elegiac episodes from the life and mind of the fantabulous rock n’ roll chanteuse and poetess. Director Steven Sebring and his camera chased after Patti for more than a decade, recording a woman who walks with ghosts and wonders if her words will be remembered in the way she does those passed down to her by titans like Blake and Rimbaud. The opening shot of horses stampeding across a field is, expect for the red tint applied to the film (yes, film!), to be expected, not unlike the heartbeat and tick-tocking sounds that often consume, albeit delicately, the soundtrack—less so is Patti’s voice unconventionally running through a timeline of her own life, the sight of the singer scrambling over the grave of Rimbaud, a copy of Season in Hell in her hand, or her hilarious competition with Flea over who has the better impromptu-pissing story. Not unlike her recent live recording and homage to Robert Mapplethorpe, The Coral Sea, the film too-often feels like a platform for Patti’s recent spoken-word musings, but Dream of Life at least moves visually, and nothing beats the moment of grace when Patti ponders Mapplethorpe’s current state of being, spilling bits of his remains into the cup of one of her hands and casually remarking how her former friend and lover still accompanies her on her life’s journey. Sebring’s visual vernacular is not nearly as profound as Patti’s own artistic vocabulary or socio-political chutzpah, and though the documentary feels cluttered, the filmmaker smartly recognizes how Patti’s encounters with everyone from Sam Shepard to Michael Stipe’s mother speaks to the singer-songwriter’s fixation with memory and inheritance.