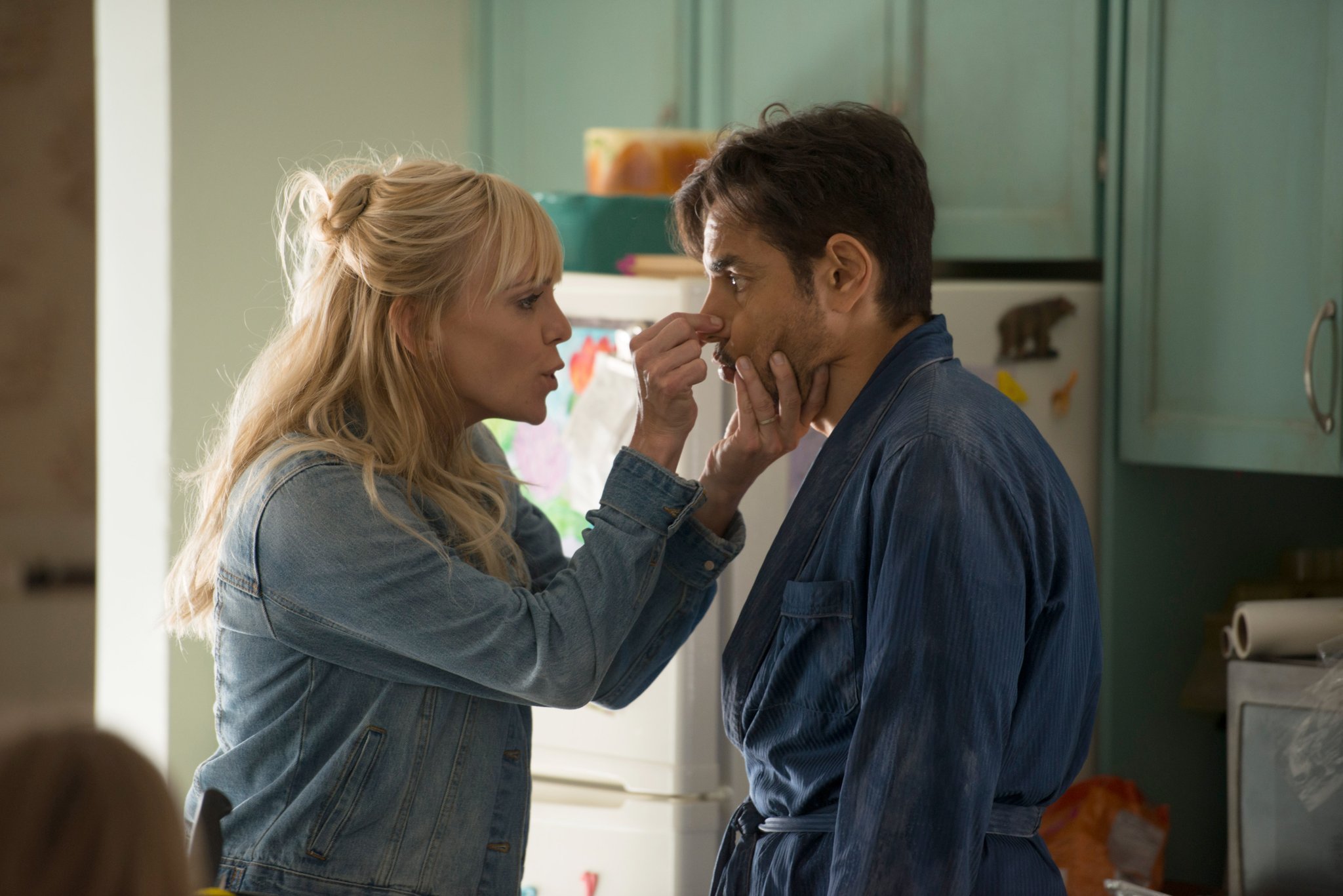 The unmistakable sexism of Garry Marshall’s 1987 film Overboard, about a man who convinces an obnoxious heiress suffering from amnesia that she’s his wife and the mother of his children, wasn’t something that could be completely mitigated by the charming rapport between then-couple Kurt Russell and Goldie Hawn. Bob Fisher and Rob Greenberg’s remake largely, and regrettably, retains the original’s outdated premise, only going so far as to pull a gender swap and add a dash of cultural diversity to the proceedings.

In this Overboard for our Me Too era, a struggling single mother, Kate (Anna Faris), butts heads with a trust-fund brat, Leonardo (Eugenio Derbez), after he stiffs her for her cleaning services. Later, after he falls off his yacht and is afflicted with amnesia, Kate swoops in to convince him that he’s her husband, using him as a servant while she studies for her nursing exam. Though his mistreatment of her may merit payback, the film never holds Kate accountable for her unreasonably prolonged and harsh con game. Instead, the filmmakers mercilessly mock former playboy Leonardo’s inability to handle a backbreaking construction job and cooking and cleaning duties at home.

That Overboard eventually positions itself as a film about the importance of family only makes its refusal to hold Kate accountable for her actions all the more aggravating. One expects Kate to learn something from her self-centeredness and the grave consequences it could have for her kids, but the film chooses to celebrate the joys of domesticity as Leonardo’s burgeoning love for Kate, her children, and their traditional, suburban existence overshadows the weeks of torment he endured at Kate’s hands. All of the broad physical humor and nods to telenovelas can’t distract from the fact that Overboard seems to endorse psychological exploitation as a means not just of revenge but, more disturbingly, of creating a tight-knit family unit.