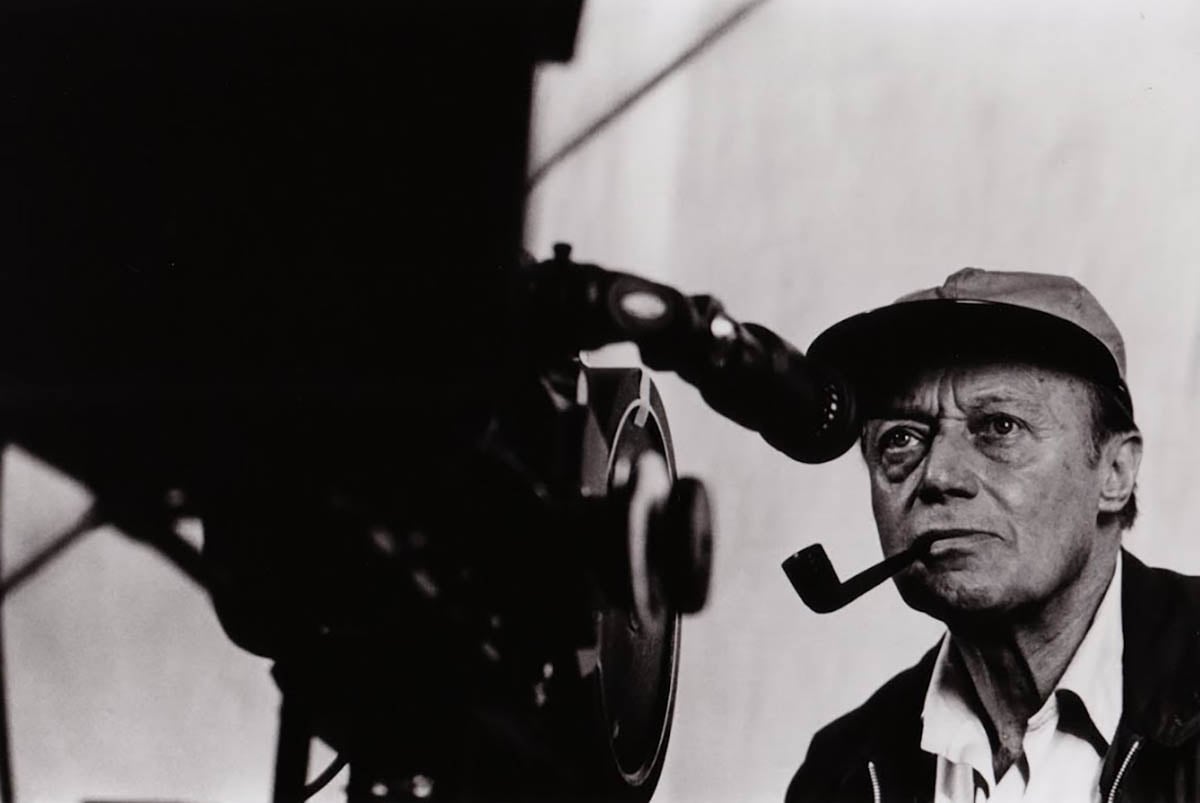 Directors aren’t the only auteurs. There’s a large body of film writing devoted to making the case for stars as the authors of their movies, and a much smaller one arguing for screenwriters. But the cinematographer, too, is vital, the person responsible for the movie’s look. Cinema splits the painter’s job in two; the director may decide what the image looks like, but the cameraman actually makes it.

Jack Cardiff was one of the single best cinematographers. Born in 1914 to a family of English doctors, he came to photography through other arts first. He began as a child actor (his real parents playing his stage parents), devoured countless literary classics after reading about them in a porn book, and spent hours upon hours wandering through museums. When older industry people tested him to see if he was ready to operate a Technicolor camera, he responded by discussing the ways Vermeer and Rembrandt used light. He then used some of the richest Technicolor that the movies have known, radiating the Michael Powell/Emeric Pressburger masterpieces A Matter of Life and Death (1946), Black Narcissus (1947), and The Red Shoes (1948). The trilogy—about a fighter pilot escaping heaven to be with his beloved, a group of nuns struck with sexual frenzy in India, and a ballet dancer destroyed by her impresario—called for strong lights and colors to match their strong emotions, and Cardiff supplied them. The sparkling reds, greens, yellows, and blues in these movies look crystallized, then melted and slightly smeared, so that your eyes feel like they’re eating sugar candy in a flower patch. The vision was so particular to Cardiff that when Martin Scorsese first saw Pandora and the Flying Dutchman, an Ava Gardner fantasy that Cardiff shot for another director, he swore it was a Powell and Pressburger film.

All this is recounted in Cardiff’s witty, entertaining, extremely rambling and anecdotal autobiography Magic Hour. It’s also gone over in Cameraman: The Life and Work of Jack Cardiff, a new documentary with ample footage of the nonagenarian Cardiff telling his stories. Cardiff, who died last year at 94, was shooting almost until the end, and is quite funny about it. When asked if he’s still working, he answers, “Well, not for long. Another decade, I suppose, and then I’ll have to start taking it easy.”

The movie would have been better titled Working Life than Life and Work, wisely skipping discussion of Cardiff’s family and friends in favor of his films. We learn behind-the-scenes tricks, accompanied by matching footage—how he transitioned from color to black-and-white scenes in A Matter of Life and Death by shooting them with the same camera, or how he shot dancers in The Red Shoes by slowing down near-imperceptibly at the moment of their leap.

Over the course of its 83 minutes, though, Cameraman gives both tidbits and footage in short supply (for a more thorough go, see Painting with Light, a brief Cardiff documentary by Cameraman’s director included on Criterion’s Black Narcissus DVD). The movie sprints through Cardiff’s long career, affording only a few minutes per movie without clear priority (The African Queen deserves much more screen time than the second Rambo) and occasionally getting facts wrong (the movie claims Cardiff leapt from Powell and Pressburger’s assistant cameraman to their director of photography, whereas the Archers actually made two movies in between). It even abandons camerawork for long stretches to have Cardiff tell star anecdotes. As a colleague noted, Cameraman puts itself in a strange place. Its subject is for cinema buffs, but its treatment of that subject is often so perfunctory and basic as to seem aimed at people who have never seen Cardiff’s movies.

My chief problem with the piece, though, is both more basic and less obvious. Though I can’t say how much of it was shot on digital video, Cameraman is being projected digitally, which means that the clips from Cardiff’s works are shown digitally as well. Yet Cardiff shot on 35mm film, not on video, and since the properties of the two mediums are distinctly different (even the best DV moviemakers, like David Fincher and Michael Mann, tend to shoot in darker palettes than the Technicolor masters did), when transferred the image appears both distorted and reduced. The viewer sees lesser-quality photocopies of dazzling originals; you may understand that you’re watching Ava Gardner lie on a cliff, but without a Pandora film print you can’t sense the texture of her skin.

One day, film stock may seem as passé as calliope music. Until then, you owe it to yourself to catch A Matter of Life and Death, Cardiff’s first film as a cinematographer, at the cinema, and luckily the New York Film Festival is screening it in 35mm on a double-bill with Cameraman. This postwar pure fantasy is almost too good to write about, but here goes: David Niven, plane crashing, orange flames licking behind him, hops on the radio with Kim Hunter below. He quotes poetry (“Andy Marvell, what a marvel”) to her red lips before going down, but there’s a mix-up in the afterlife, and he lands on a beach. She sees him and cries, “You’re Peter!”—though you might be too distracted by those red lips to hear her.

Soon, though, he must defend himself, as heaven comes calling to try to yank him back up. The central gag of this movie, and a good one, is that Earth is in color and heaven black and white. As an angel sent to fetch him (Archers regular Marius Goring, wearing an absurd French accent like a cheerily vulgar hat) says, “One is so starved for Technicolor up there.” And who can blame him, with grass that green and flowers that pink? Even the polka dots on a dress look sublime.

A sub-subplot concerns a production of A Midsummer Night’s Dream (actors rehearsing in the foreground, while dancers delicately wave white kerchiefs and glide full fairylike behind), but a more appropriate motto for the movie comes from The Tempest. Prospero looks around a stage and says, “We are such stuff as dreams are made on, and our little life is rounded with a sleep.” Much of the movie unfolds, perhaps, in Peter’s head, and as his eyelids close, retina colors swirling and scattered like Chagall strokes, it’s tempting to see the film as a very sweet dream.

A sweet dream, but a temporary one. We’re both kicked and punched awake no less than seven minutes in with a shot of Peter’s dead copilot, who he’ll meet again up there. The Marvell line Peter quotes to June—“But at my back I always hear/Time’s wingèd chariot hurrying near”—informs the film. The movie came out in 1946, the year after WWII ended, and it’s worth imagining Londoners watching this sumptuous, coherent color scheme, then shifting back to the still-down city outside. Even while his plane is crashing, Peter tells June, “I’ll be a ghost and come and see you.” For audience members who had lost their own loved ones, Peter’s promise was one that only movies could fulfill.

And most wonderfully. As the camera tracks down through the universe to show Earth spinning into view, or shifts 180 degrees slowly to catch midday gleaming off of stacks of books, you can appreciate one of Cardiff’s rare gifts. While other Technicolor cinematographers preferred to stop and stare, he captured beautiful imagery while still keeping the film going. The camera’s free, balletic movement is vital to a story about hope surviving under difficult times. Though the writer-directors and the actors may be the first names you notice, the cameraman also helped A Matter of Life and Death become one of the most moving movies ever made.