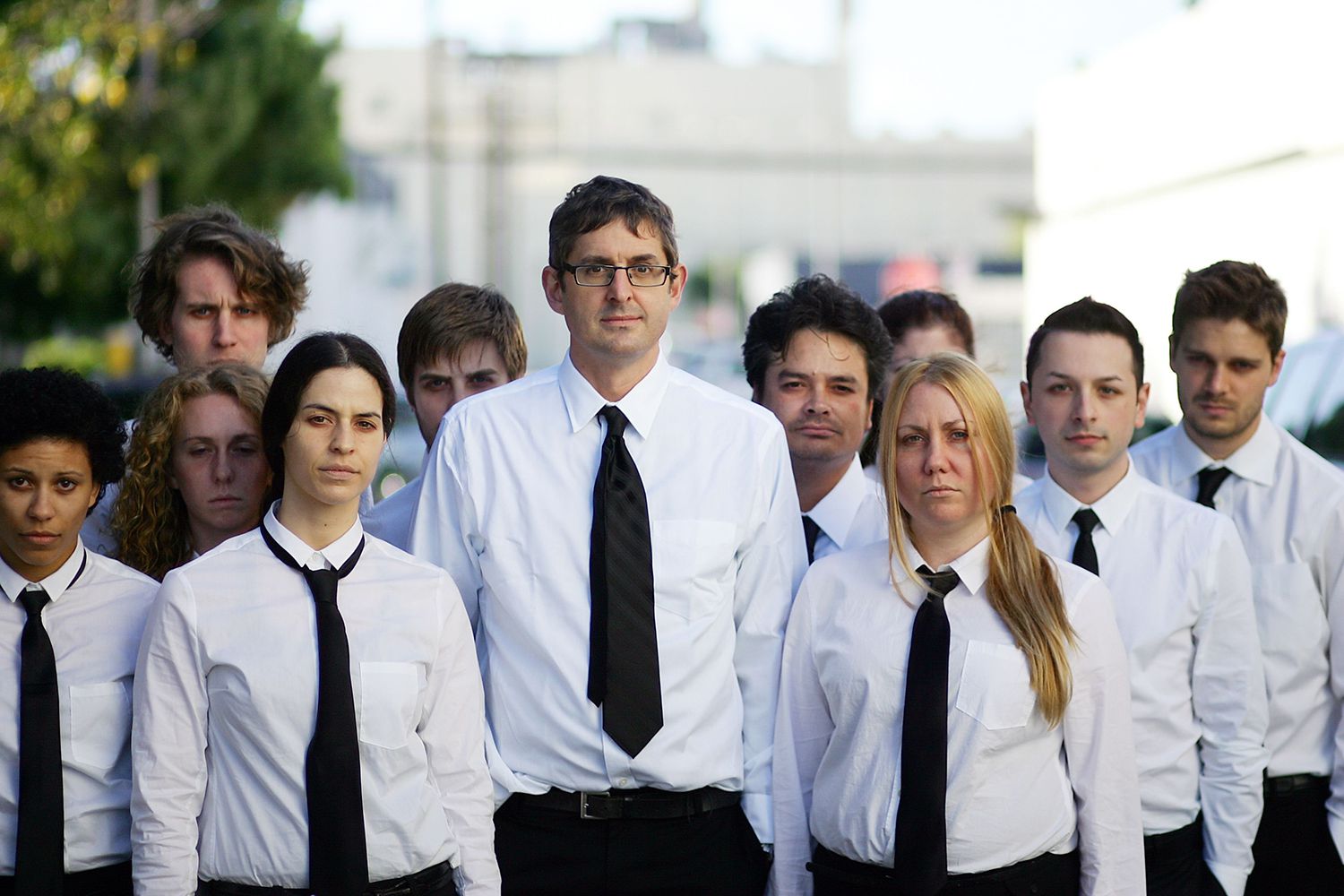 In My Scientology Movie, it doesn’t take long for documentarian Louis Theroux to get rattled by fears of harassment and surveillance by agents of the Church of Scientology. During an interview with former Scientology enforcer Marty Rathbun, a woman in a bikini saunters up to them to ask what they’re doing. The woman acts nervous around the cameras even as she seems to pose for them, half-aggressive and half-insouciant. The moment grows only more surreal when she reveals that she’s actress Paz de la Huerta. The encounter is so baffling that Theroux cannot help but question whether the actress—who isn’t, in fact, a Scientologist—appeared by random chance or if she might be a harbinger of confrontations to come.

Theroux’s fear stands in sharp contrast to his usual demeanor. A mainstay of BBC television in the late 1990s and early aughts, he made it his stock and trade to not merely interview, say, neo-Nazis, criminal gangs, and members of the Westboro Baptist Church, but to become a part of society’s fringe groups and movements. To see him visibly lose his cool over such an innocuous moment as a chance encounter with de la Huerta clashes harshly with his usual, affably curious persona to the extent that his reaction seems forced, undermining his later, and more understandable, discomfort when he spots cars following him for hours or strangers videotaping him on the street.

With Rathbun in tow for much of the My Scientology Movie, Theroux digs into the usual terrain covered by documentaries about Scientology, providing a brief overview of abuse allegations before offering up interviews with people who recount both how they came to believe in the church and the harassment suffered when they defected. The film pads out its running time by circumnavigating the expected refusal of Scientology’s two most famous members, leader David Miscavige and actor Tom Cruise, to be interviewed by holding reenactments of their most notorious public speeches, and in spite of said speeches being easily viewable online. The only payoff to this running subplot is an early scene of rehearsals where Andrew Perez, cast to play Miscavige, gets so into character that he grabs Theroux by the throat while Rathbun, who’s coaching these sessions, chimes in, “This is really good, Louis.”

The only element that significantly differentiates this documentary from its peers is Theroux himself, and the film regains lost ground when it lets him indulge his usual sense of good-natured cheekiness. For all of his fear of the Scientologists who show up to badger him during the making of his film, Theroux displays an uncanny knack for meeting the repetitive bluster of intimidation with a negating pose of naïveté. In a scene where a church representative accosts Theroux and his crew on a public street outside of a Scientology facility for alleged trespassing, the filmmaker meets her threats to call the police with protests that are so polite that when he asks the woman for her name—and that of the man who records their whole confrontation—he comes off not unlike a personable fellow at a convention trying to meet new people. This interaction, and others like it, are amusing in their own right, but they display Theroux at his best, never looking to make fools out of people but perfectly willing to stand clear and let them do that job themselves.

In the film’s impressive climax, Theroux aims that form of gentle but firm resistance back at Rathbun, who finally breaks down over the harassment he continues to receive from the church. The man first displays righteous rage before settling into complete misery over how this frequent surveillance and confrontation has affected him. Theroux listens sympathetically, then dares to point out that as one of Scientology’s former top officers, Rathbun once did to others what is now being done to him. The suggestion is met with defensive fury, ending the documentary with a probe into a complex and ambiguous truth that often goes half-acknowledged in these documentaries: that many church defectors are culpable for the same abuses they claim to have driven them from the organization. An entire film on that topic alone would have marked bold new territory in coverage of an overexposed subject.