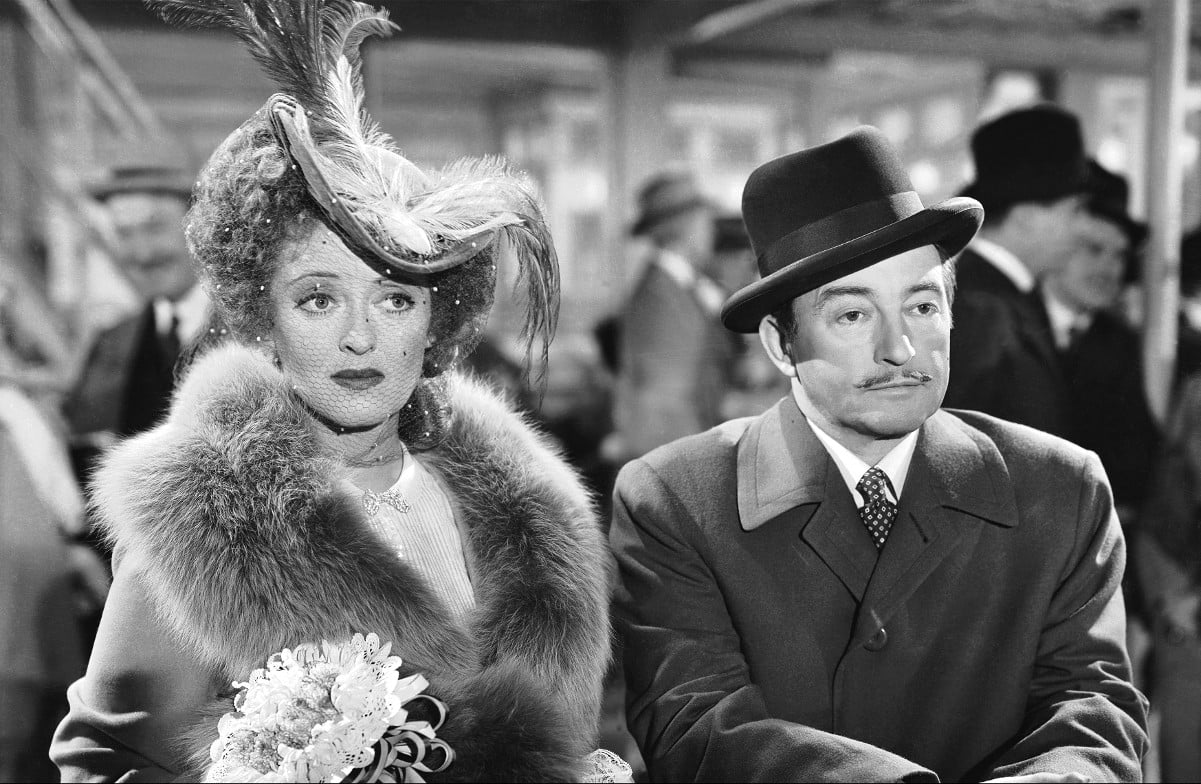 In Mr. Skeffington, an insanely over-elaborate, marathon soap opera, Bette Davis gives one of her presentational, neo-Brechtian-style performances as Fanny, a famous Gramercy Park beauty who plays the field for years, pines incestuously for her weak brother Trippy (Richard Waring), loses her looks (to put it mildly) and learns a tidy lesson in love. Davis, her huge eyes lighting up the barren frames of the film like searchlights, puts together a detailed characterization of a vain, selfish coquette, a calculated portrayal of a calculating woman. She pitches her speaking voice much higher than usual; after a while, the strain this puts on her voice has the effect of fingernails screeching flirtatiously on a blackboard. There’s so little going on in the film’s first hour and a half that its plush emptiness begins to seem surreal, even hallucinatory. Fanny Skeffington is a woman who barely deserves a short, let alone an epic, but Davis was such a huge star at the time that she insisted on more and more scenes for her character, more lines, more close-ups. Franz Waxman’s absurdly obtrusive score, which would be more suitable for a Bugs Bunny cartoon, doesn’t help matters.

This is a star vehicle in extremis. There’s no movie here, really, just Davis and her Role. When Fanny ages into a balding grotesque, sitting up in bed like a demented peach, Davis sadistically punishes her character, as if she’s gleefully sticking it to the pretty but vacant actresses who stole parts from her in the early ‘30s. The first revelation of her wrinkles from under a veil is staged like the unmasking of the Phantom of the Opera, and this transition to Grand Guignol packs a mild wallop because of all the time we have spent in the company of empty-headed, venal Fanny. But by the time she is stalking through her grand, enervating home recoiling from every mirror, even the most slavering Bette devotee will have reached their diva limit. As Fanny’s long-suffering husband, Claude Rains is a tactful, astringent support. The finest scene in the movie is his, and Davis is not in it: he’s startlingly raw and open when expressing love for his daughter during a scene in a restaurant. Rains puts Davis’s overdone posturing to shame with a deeply felt moment of anguish where we feel how he has transferred his deep, unrequited love for his wife onto his daughter. It’s the only genuinely touching moment in the film.