Mon Oncle is not Jacques Tati’s most ambitious film, nor his most democratic. It is quite possibly, however, his most didactic and depressing. And yet it’s undeniably the film of his that, despite my misgivings, has given me the most pleasure. The second entry in his series of films following the bumbling man-child Monsieur Hulot, Mon Oncle stands at the point of transition between the Old World idyll of M. Hulot’s Holiday and the anti-modernist rebellion of Playtime. In Mon Oncle, Paris is pitched between the architectural remnants of its florid, romantic Belle Epoque architecture, kiosks and all, and a new sterile modernity in which functionality trumps beauty. Guess which one Tati favors?

The film opens on a pack of stray dogs, overwhelmingly adorable, eating thrown-away food out of garbage bins, urinating on street lamps. They follow a horse-drawn carriage out of a postcard-charming neighborhood of flower vendors and fishmongers, and in a dreamlike succession of three quick shots find themselves in the new modern Paris. Specifically, they find themselves outside the Arpel family home, where one of their pack, the plaid sweater bedecked Dachy, lives. The other dogs hoist themselves up plaintively on their hind legs, staring through the Arpel family’s front gate as if through prison bars.

That pivotal image establishes Tati’s pessimistic view of modernism throughout the film, and most of his humor derives from ridiculing it. For much of the film, we see his alter ego, M. Hulot, from the back, so that the camera—and, by extension, we the viewer—are forced to share his puzzlement over the functional architecture and ludicrous gadgetry that have taken over his world. There’s an inherent conservatism in Tati’s vision. Not the fire-breathing hostility of today’s conservatism, but a sense that the key to good living is to be found in the past.

In Hulot’s charmingly quirky neighborhood, that Old World that Tati cherishes still exists. People talk to one another, argue, haggle over prices—you know, engage with their fellow humans face to face. Functionality and efficiency aren’t ideals he and his neighbors pursue. Hulot can still take time to marvel at how a glint of sunlight reflected off his windowpane causes a caged canary to chirp when it splashes over him. His garret lies atop a higgledy-piggledy complex of other lodgings, which require him to navigate a serpentine route of stairways, landings and elevated terraces just to reach his front door.

Contrast that with his sister Mme. Arpel’s ultra-modern house, a rectangular white-on-white edifice jutting up into the air, completely disconnected from its surroundings. The garden is a patchwork quilt of unnatural colors—orange and pink—and arranged geometrically like a Mondrian painting. It’s all so…functional. But that functionality is not there merely for practical purposes. To Hulot’s (and Tati’s) horror it’s become its own consuming aesthetic. All Mme. Arpel wants to talk about with her houseguests is the layout of her home, its features and accessories. Modernism has become a state of mind, so much so that when Mme. Arpel greets a friend who’s come to call both women slavishly follow the contours of the curved walkway leading to her home rather than greeting each other directly. When Mme. Arpel and her husband place their chairs outside to take in the night air, it’s not to gaze out upon nature, but to gaze inside toward their television. Modernism’s barriers exist in the mind as much as in physical reality.

Mon Oncle is, above all, a triumph of art direction. Like Mad Men today, the costumes and décor have more character than the actors. Possibly the greatest shot of the film involves Hulot sneaking in to the Arpels’ home late at night to trim a vine he left dangling from earlier. He’s in the lower left corner of the frame, while the center and right of the image are dominated by the cubical slab of the Arpel home, black as night, except for two circular windows shining with white light from indoors. Then, Hulot stumbles and makes a sound, and the Arpels pop their heads into their windows, gazing out quizzically. Their silhouetted heads look like pupils, and the windows eyes, scanning across the courtyard, trying to find the source of that unexpected sound. Like Hitchcock’s use of Mt. Rushmore in North by Northwest, it’s both a long shot and a close-up at the same time.

Tati’s capacity to explore the full contours of the frame would reach its zenith in Playtime, where he stages almost every shot in depth with four or five comical elements occurring at once—and it’s up to you as the viewer to decide what you find interesting. It’s a supremely democratic form of comedy. Tati doesn’t underline what you’re supposed to find funny. You have to find it yourself. To paraphrase Tati, Playtime is about the breakdown of straight lines into curves. Its ending, in which ultramodern Paris is transformed into a carnival, suggests that humanity can still be found in a landscape of Le Corbusiers and Mies van der Rohes. When Mon Oncle ends, it’s on the depressing note of Hulot’s quaint neighborhood being torn down to make way for a sterile apartment block, and Hulot himself exiled from the city.

Unlike Chaplin in Modern Times, Tati doesn’t attach his critique of modernity to a political point of view. For him, it’s merely a fear of change in the present and nostalgia for the past. Having watched Hulot many times across multiple films, I now find it more and more difficult to relate to him. He’s the ultimate infantilized male, incapable of adapting to his surroundings, so inept that he can never hold a job, fearful of change, and unable to relate to women—none of whom appear as fully-realized individuals. Mme. Arpel, wearing a housefrau smock that looks like surgical scrubs, is an obsessive-compulsive domestic tyrant. In the simultaneously-shot English language version, My Uncle, which makes the supporting characters seem even more like cartoons, the woman who interviews Hulot at the factory actually possesses a male voice (dubbed in). In that version, the Arpels possess American accents, so Tati can pinpoint exactly from where he thinks this crass modernity has come.

It’s obvious Tati is encouraging us to think of Hulot as superior to his relatives—and even his co-workers, for the brief time he works at the factory. How can we not think that that is his agenda? Hulot’s supercilious ineptitude finds its perfect expression when he, now an exile, is being driven out of the city by his brother-in-law in his horrid new green and purple car. Hulot tries to light his pipe with the car’s cigarette lighter and, like Will Kane contemptuously throwing his tin star to the ground, tosses the lighter out the window towards the city that has left him behind.

Blu-ray Review: The Complete Jacques Tati on the Criterion Collection 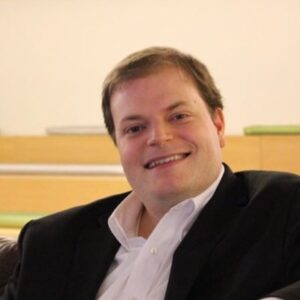 Review: Ahead of Time