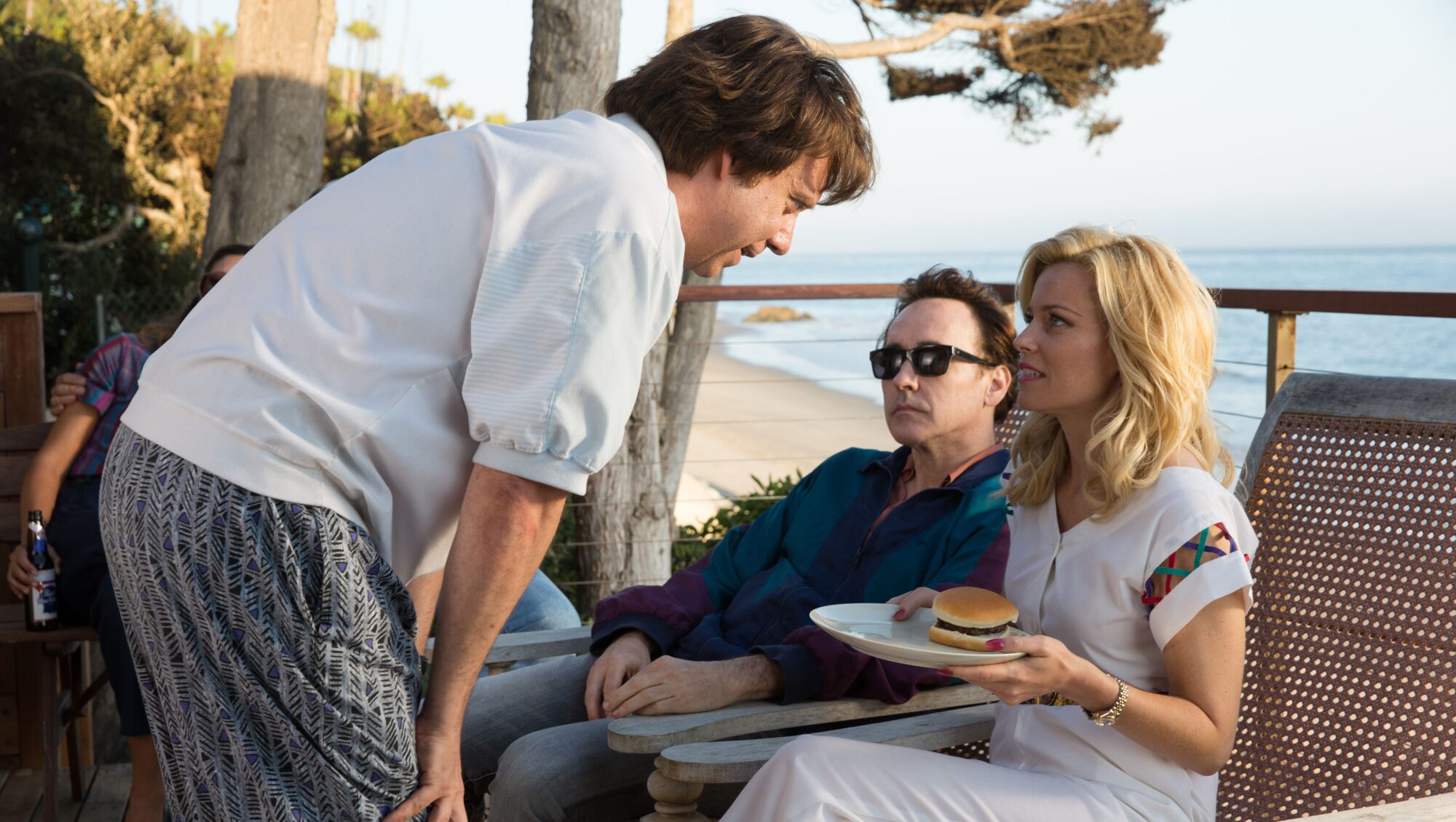 In Love & Mercy, Brian Wilson (John Cusack) is a prisoner of mental illness, drug addiction, and two emotionally abusive father figures. It’s of more modest importance to the film that he’s also a prisoner of his own genius. With a series of brilliantly composed sound collages containing snatches of harmony, studio banter, and kernels of hooks, composer Atticus Ross gives a tangible impression of the clutter in Wilson’s mind blossoming into Pet Sounds, an album that’s simultaneously elemental and maximalist, deconstructionist and rigorously composed.

Director Bill Pohlad, who seems never to have met a metaphor he couldn’t bludgeon into its most rudimentary and literal interpretation, juxtaposes the first of Ross’s compositions with a fade-in to a close-up of an ear. As a visualization of the mind of a sui generis talent reckoning with the voices in his head, this image is functional, but Love & Mercy’s interpretation of genius is overwhelmed by its reliance on malevolent guardians as both a narrative fulcrum and an engine used to manufacture pity.

The film doesn’t break the mold of the musical biopic so much as it bifurcates it, toggling fruitlessly between two affected lead performances and a wellspring of needlessly defensive expository dialogue. Sometime in the 1980s, a middle-aged Wilson (portrayed by Cusack) takes a shine to his future wife, Cadillac dealer Melinda Ledbetter (Elizabeth Banks). “I’m not married anymore,” Wilson, flanked by handlers, says to her. “Do you have a pen?” In this section of the film, Wilson’s lack of social graces is meant to convey a naïf-like purity and dedication to creative ideals.

These traits are endangered by the parentage of his therapist and legal guardian, Dr. Eugene Landy (Paul Giamatti). Landy overmedicates and undernourishes Wilson into a state of near-catatonia, and Ledbetter’s efforts to free Wilson from the tyrannical doctor’s clutches form the narrative’s redemptive arc. As an unabashed ode to the couple, the film languishes in Wilson and Ledbetter’s struggles with Landy. One scene contains a lengthy argument over whether Wilson should be allowed to eat a hamburger; in another, Landy takes pleasure in calling Ledbetter a slut.

Pohlad’s film is less infantilizing, but more scatterbrained when it turns to Wilson’s efforts to record Pet Sounds and early versions of the songs that would later become Wilson’s solo masterpiece, Smile. Cinematographer Robert Yeoman contrasts the antiseptic haze of his ‘80s footage with lusciously grainy, documentary-style shots of a younger Wilson (played by Paul Dano) masterminding recording sessions in wood-paneled rooms.

Throughout, the Beach Boys themselves are ancillary to the proceedings: Mike Love (Jake Abel) occasionally appears to play the wet blanket who second-guesses the “mistakes” in Pet Sounds, and Dennis Wilson (Kenny Wormald) is an ephemeral advertisement for his impending death by drowning. All this while Wilson harnesses his vision with orchestra players and has a series of disappointing heart-to-hearts with the Wilsons’ paterfamilias, Murray Wilson (Bill Camp), who gets a slew of lines like “Five years from now, no one is going to remember you, or the Beach Boys.”

The looseness with which Pohlad portrays Wilson’s creative peak is unconventional, but the film’s script, by Oren Moverman and Michael A. Lerner, is slavishly adherent to biopic formula and clunky affirmations of Wilson’s legacy. In a single scene, one character remarks that “Paul McCartney said ‘God Only Knows’ is the greatest song ever written” a moment before another notices a dog picking up on good vibrations.

Every spark of brilliance in the film is a triumph over conventional wisdom and parental disapproval, just as every bit of dialogue underlines a historical tidbit or blunt thematic metaphor visualized without imagination. “Everybody come to the deep end,” Wilson says as he attempts to woo his bandmates into more experimental techniques, while floating in the deep end of a swimming pool. “We’re too shallow for the deep end,” one of them responds, while lounging in a deck chair. The artistic process has rarely seemed so stultifying.

Review: A Pigeon Sat on a Branch Reflecting on Existence