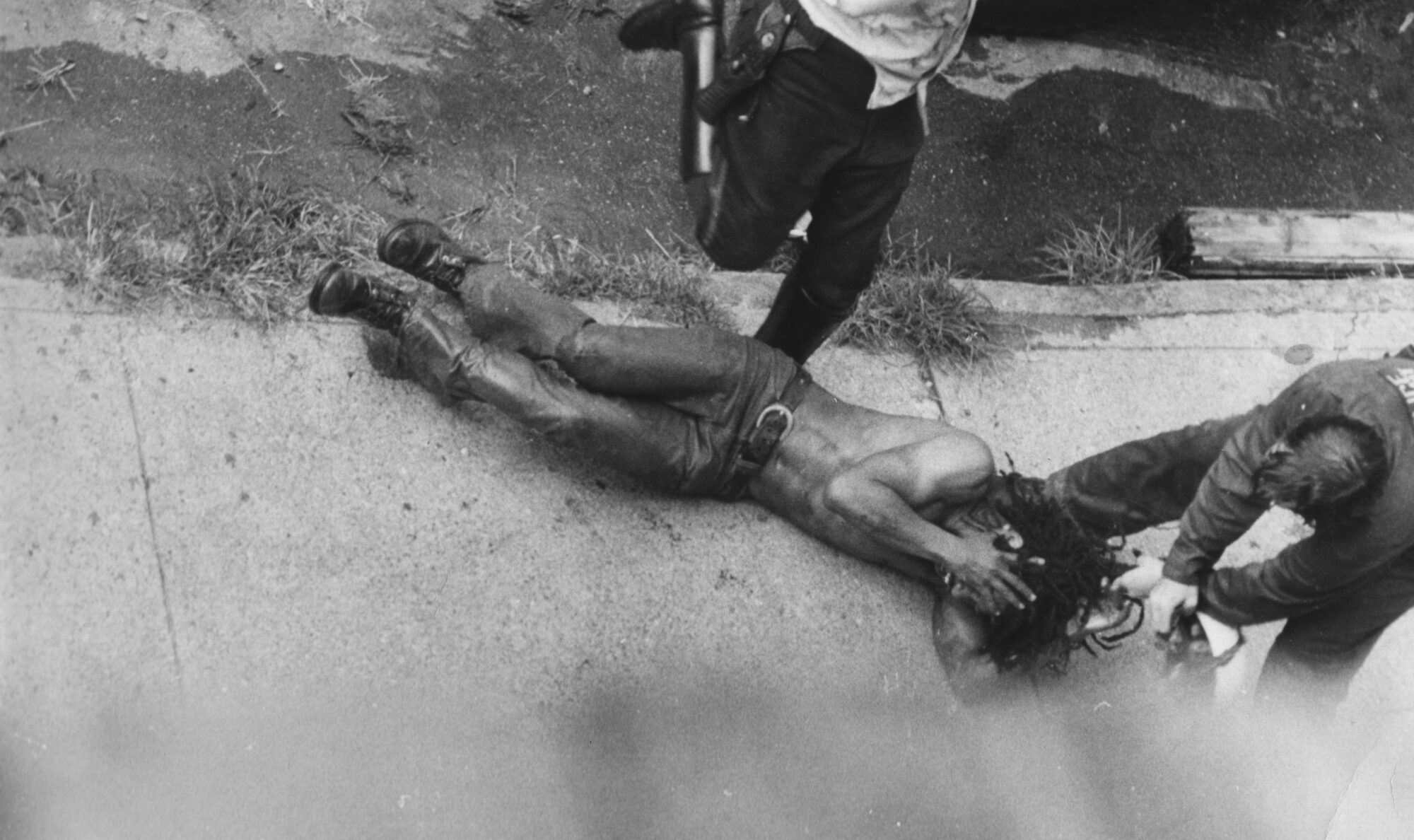 “This is war. I’ve never seen it, but I lived through it today.” So says a woman from the West Philadelphia neighborhood under assault in Let the Fire Burn, a sorrowful, enraging documentary composed solely of archival footage surrounding the 1985 confrontation between the city’s cops and the African-American radical community MOVE. A long-stoking, deadly afterburn of the neo-revolutionary violence that arose in America 20 years previously, the tragedy is seen here as a combustion of two forces, both guilty of arrogance, excess, and abuses. The final battle—ended, after 10,000 rounds of police ammunition fired, by a bomb dropped on the MOVE house, resulting in 11 deaths and 61 residences destroyed by fire—answers the question of how much worse the consequences are when the stewards of public order operate according to their most callous and hateful instincts. Lastingly worse, in a way that kills civic self-respect as well as innocents (five of the fatalities were children).

Director Jason Osder anchors the narrative in a pair of legal proceedings: the hearings of a commission appointed to investigate the events, and the deposition of 13-year-old Michael Ward, the only child from the MOVE headquarters to survive. The immediacy of the testimony, halting or furious, and the fresh psychological wounds of the witnesses justify Osder’s decision to forego original interviews; while they’re edited into and contextualized by news clips, there’s blunt force in the anger of two MOVE women insulting their interrogators, monotonal policemen skating around self-incrimination, and young Michael, burn scars visible on his face, recounting the spartan life of children in the communal home and his precarious hours of refuge during the May 13 shootout and inferno. The testimony is uncolored by nostalgia, haziness, or the studied quality often acquired from years of retrospection; self-revelation comes spontaneously. When a black minister expresses inability to comprehend a police tale of fugitives reentering the burning house, a cop blurts, “How could you? They’re MOVE members.”

On a socio-political level, local news excerpts suffice for chronicling the central feud in Let the Fire Burn; there’s little nuance in this ideological clash, from MOVE’s primitivist lifestyle (with symptoms of malnutrition seen in their swollen-bellied, unclothed kids) and profane harassment of black working-class neighbors by loudspeaker, to the Philadelphia authorities’ aggressive “pushback” tactics, lingering after the mayoralty of strong-armed Frank Rizzo to inform his theoretically more tempered successors’ rhetoric and actions. (After a 1978 skirmish that left a Philly cop dead, DA Ed Rendell, a future Democratic mayor and governor, is heard praising the “commendable restraint” of the PD, just as we see police repeatedly kicking a prone man in the head.) As the investigation proceeded up the chain of command, the fire and police commissioners traded accusations on whether an order to extinguish the blaze was ever received, implicating Wilson Goode—the city’s first black mayor—as either a liar or perhaps just someone whose reign was held in no respect in the city’s other power centers.

Osder not only breaks from the fashionable historical-doc template with his all-archival choice, he captures the true heart of terror with scenes of TV reporters and, most piercingly, local citizens crouching, running, and cowering as tear gas and smoke billow through residential streets, suddenly faced with the unchecked violence of rogue “law and order.” Long before a title card emphasizes that no one was ever criminally charged for the destruction unleashed upon West Philly, the grim tapestry of lies, loathing, and violence that marks the MOVE saga is a damning legacy for urban governance to transcend.