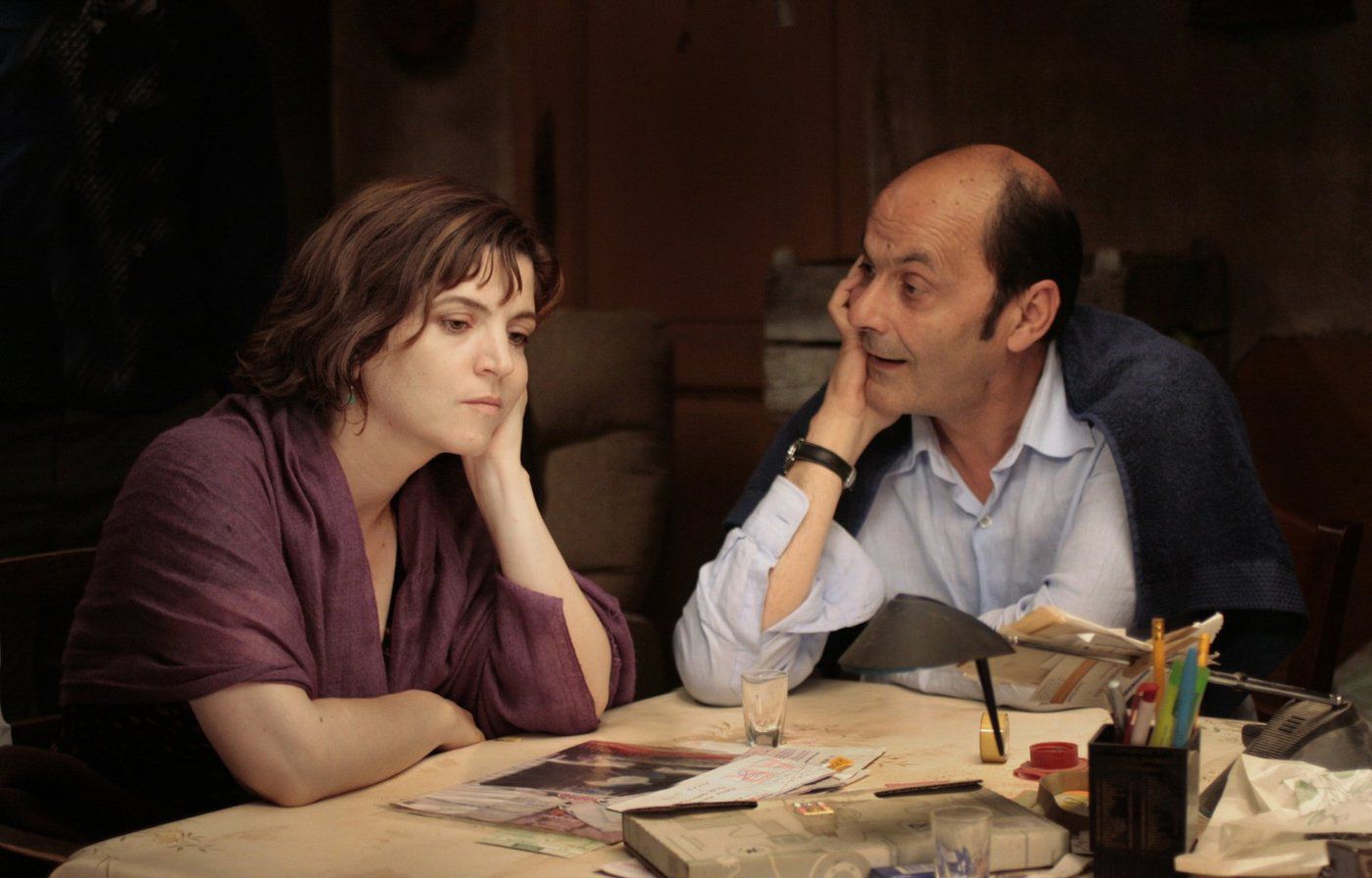 A question: If you spend an entire career chronicling power relationships among the incurably self-absorbed, is that not in itself a form of self-absorption? Forgive me for conflating writer-director Agnès Jaoui with the characters she plays, but anyone seeking to escape the “bourgeois snob” label shouldn’t play a bourgeois snob in every one of her films. Let It Rain is certainly no departure for Jaoui and company; it’s another less-than-caustic battle of the sexes set among the comfortable and brilliant, with plenty of verbal jousting but little political frisson. Even when Jaoui and co-star Jean-Pierre Bacri’s script hits upon the evergreen conversational lightning rods of gender and class inequality, its characters end up sounding frivolous.

Jaoui plays a feminist intellectual turned politician who never attempts to espouse a coherent platform—or at least not on screen. Instead, she returns to her childhood home in the south of France to get her mother’s estate in order, and to sit for a documentary interview program about successful women. Relationships are fraying along with her chances in the upcoming election. Her long-suffering life partner (Frédéric Pierrot) can’t stomach her distaste for traditional romantic commitment, her housekeeper’s son (Jamel Debbouze) accuses her of slave driving, and her sister (Pascale Arbillot) resents her lack of warmth. As the press notes attest: “It’s not normal. But then again, nothing is normal…”

Or maybe everything is. The major problem with Let It Rain isn’t just the expository dialogue and telegraphed emotions—it’s that we rarely get the vibe that there’s anything important at stake. The script throws a bunch of talking points against a wall and doesn’t let a single one stick. At least Jaoui’s earlier Look at Me offered a coherent illustration of our cultural obsession with surfaces. The characters in Let It Rain repeat certain narcissistic tics from the earlier film—cellphones are always ringing, and they always get answered—but they never express passionate engagement with their pet issues. This is a world of small challenges followed by inevitable, often apologetic retractions. Jaoui’s ultimate point, and it’s a good one, is that human nature forces us to revert to whatever’s most comfortable. But I’d like to see Jaoui break out of her comfort zone.

Watching Under the Influence: To Live and Die in L.A.