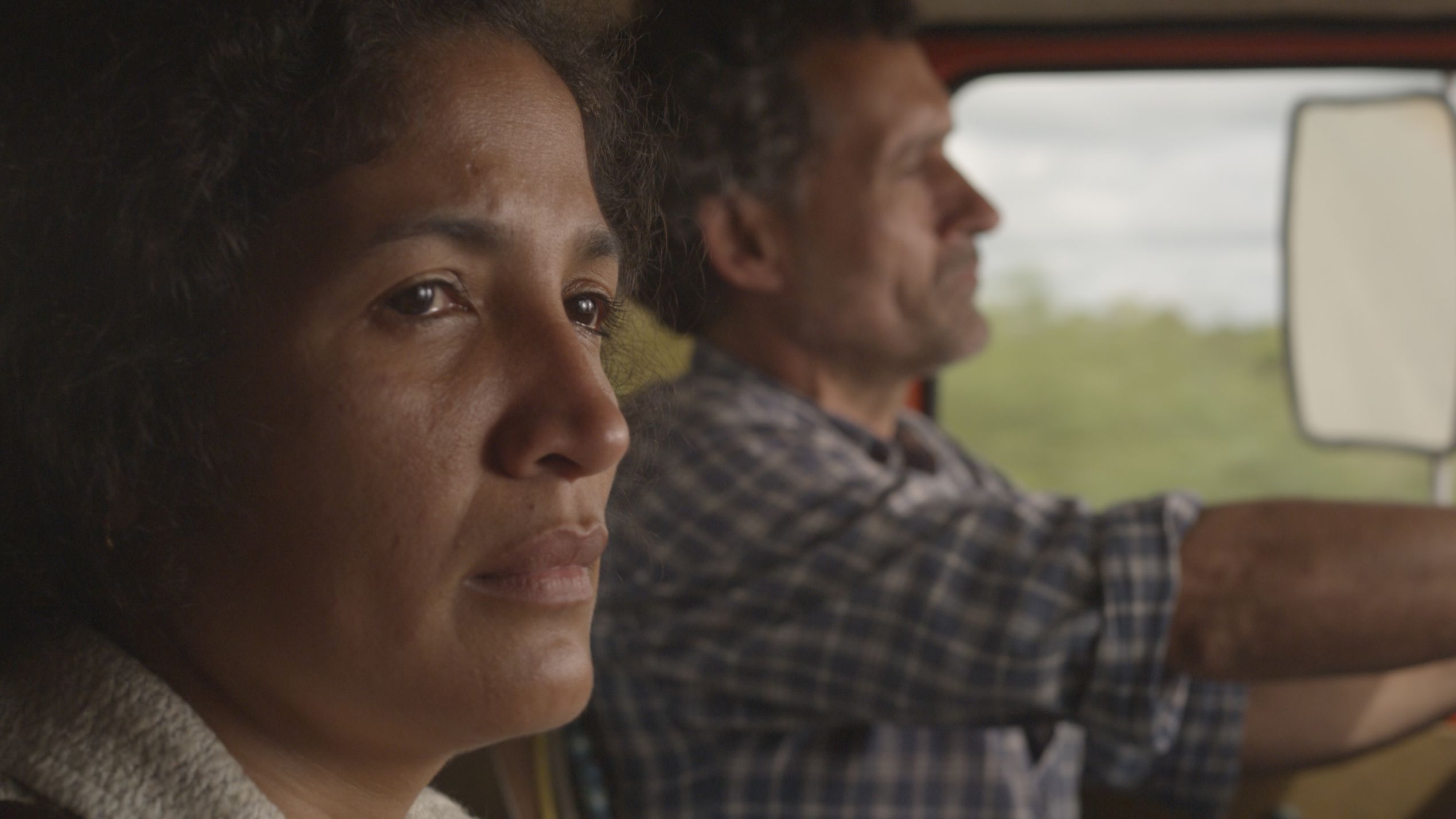 Cinema, like life, can mislead us. Las Acacias begins with a tree falling, a man pillaging it for timber and burning the land from which it grew, but director Pablo Giorgelli isn’t setting up an exposé of Paraguay’s logging industry and its environmental effects. The camera then follows the gruff and grimy Rubén (Germán de Silva) from this forestland to a rest stop, where he washes himself at a bathroom sink and blows a snot rocket before dressing and leaning against his truck in order to enjoy a smoke. For a moment, there’s a feeling that Giorgelli has dropped us off in the neighborhood of a fellow Argentinean, Lisandro Alonso, so we can absorb the bitter banalities of a working stiff’s daily grind. But Rubén isn’t just waiting for the day to close, to rinse and repeat, but for Jacinta (Hebe Duarte), trudging toward him from across the way, a baby unexpectedly in tow, so he can transport them, along with his timber, to Buenos Aires—at which point one fears the sanctimonious melodrama about the perils of immigration that Las Acacias can become.

But this lovely film is ultimately an articulation of something altogether different, at once simple and universal: the discontent of traveling through life with sad resignation. Las Acacias, which takes its name from a typically thorny tree, immerses us in the silence of Rubén, Jacinta, and her five-month-old daughter’s journey toward Buenos Aires, engrossing us in moment-to-moment details that subtly but profoundly speak to the characters’ secret torments. In a very early scene, during which Rubén yawns and Jacinta’s daughter adorably follows suit, Giorgelli sets up a recurring scenario, of characters pairing off and sharing tender moments unbeknownst to the other, and sets into motion a chronicle of Rubén’s rejuvenation as a man, a lover, and a father.

Rather than task de Silva to unimaginatively play Rubén as a selfish malcontent, Giorgelli presents him unceremoniously to us a man impatient with, if not exactly resentful of, the hand life has dealt him. But he will put out his cigarette at Jacinta’s behest, stop the truck so she can heat her daughter’s milk, offer her crying child the top of a thermos, effectively quieting her, and reveal with heavy sadness that he has a son whom he hasn’t seen in eight years. This moment of honesty, which would appear to give Jacinta the license to truly look at Rubén as more than just a driver, is punctuated by a gorgeously framed scene of Rubén laying his cigarette inside a roadside vigil—a gesture that might have been offensive had he finished the smoke.

Giorgelli makes us feel the sincerity of a poor man gifting the dead with a toke, the kindness of Jacinta saying she’s in no hurry to hit the road when Rubén stops to give his sister a present and the woman isn’t home, the joy and sadness of Rubén playing with Jactinta’s smiling tot as the woman sleeps. This serene film pounds exactly one loud note, and necessarily so, with Jacinta waking from sleep and catching Rubén dozing off (his excuse, that he’s been on the road for 30 years, and as such knows what he’s doing, is understood by even him to be a paltry one), and it will reverberate strongly throughout the rest of the story, across many more beautiful scenes of telling tenderness and animosity between these characters and others they encounter on the road, until it becomes unmistakable that the film’s first scene is a corollary to Rubén’s spiritual journey, his realization that that there’s nothing more freeing in this life than never losing sight of the soil that makes one grow.