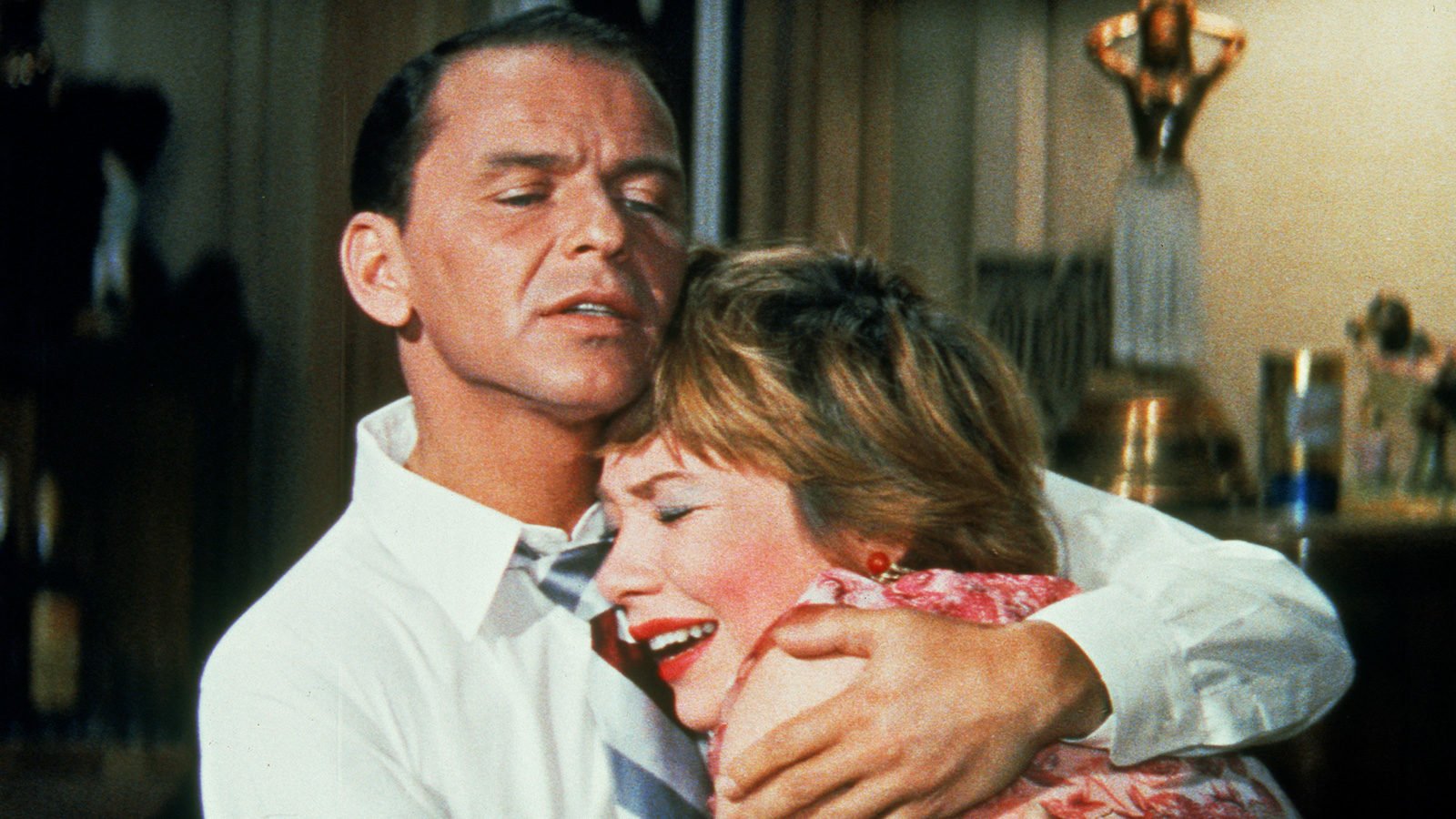 First off, the unexpected: Premiere’s firing of senior staffer Glenn Kenny is another sad milestone in the ongoing purge of print publication journalists, though I think it helps us to see that the current situation extends beyond the borders of mere hard copy. That’s probably what makes it so distressing—it can’t be restricted to a certainty, to a specific sphere of influence, to anything, really, beyond an observation that tenure (and its benefits) is the vanishing commodity of the moment.

So what do we do with that? A good many of us, understandably, mourn and complain, though our indignation only goes so far and, if too often repeated, quickly devolves from pliant righteousness to rigid attitude, which plays into the hands of those who would see our profession reduced to nothing but cut-and-paste syndicated copy. “Change calls the tune we dance to,” said pragmatic Deadwood soothsayer Al Swearengen, and I think it’s too easy to rebel against that statement, to read it entirely as defeatist, when its meanings and implications (its very real wisdoms) are much more malleable.

I don’t mean for this to turn to sermon (my tendency towards proselytizing will perhaps make explorative fodder for a future column). My intention here is to pay due tribute to Glenn, whom I count as both friend and influence, and whose actions in the aftermath of his dismissal illustrate the kind of revolutionary fervor I find most inspiring (declamatory and defiant, yet likewise subtle and unerringly simple).

Deprived, so suddenly and unexpectedly, of his place to write, he created a new one.

“Film writer Glenn Kenny’s own bought-and-paid-for-blog, thank you very goddamn much,” reads the subtitle at Some Came Running, named as a dual-referent to Martin-Minnelli and Godard-Piccoli, and no doubt a meta-descriptor of the mass virtual exodus currently underway from In the Company of Glenn. Those familiar with Glenn’s writing—that inimitable “blistering pen,” per Mike D’Angelo—will no doubt be thankful that even his brief inaugural post (with more to come upon the arrival, in hopefully non-Vanilla Sky fashion, of “tech support”) exemplifies the man’s many multifaceted, generous virtues.

I first discovered Glenn, as I’m sure many did, in Premiere Magazine’s original print incarnation. I was at an age (mid- to late-high school) where I didn’t kid myself about the general glossiness of the magazine’s prose and outlook. I don’t necessarily mean that as a criticism—like a good many aesthetic points-of-entry to a given subject, Premiere typified an approach that I preferred (then as now) not to practice all that often, but which I nonetheless had (as best I could) a balanced acceptance of and appreciation for. And it might have been for the best, besides, as the house style only pointed up Glenn’s strikingly individualist approach to his métier.

I say time and again to colleagues that I believe we get out of this profession (this art) what we put into it. Talk of word count restrictions and constraining corporate masters are realities to a degree, but I too often see them used as personal handicaps to bolster grim self-fulfilling prophecies. (From righteousness to attitude again, all in the name of an ultimately non-existent utopian ideal.)

I never get a sense of hindrance from Glenn’s work. If I say he has a “wandering eye,” I hope that will not cause his oft-mentioned “lovely wife” undue concern. I mean it purely in the sense that his tastes, knowledge, and passions don’t exist in contest. There’s never a sense that one work of art is being sought as a trump-card ideal, to use as either an originating, end-all Rosetta Stone or as an epitomizing icon with which to render all other such efforts meaningless. The journey is the only constant (an intoxicating sense of struggle through a perpetual quest) and the discoveries, even in places familiar, are limitless.

Fellow colleague and friend Godfrey Cheshire expressed some level of confused bemusement when I told him my favorite piece of his was a review of Ferzan Ozpetek’s Steam, in which he examines and explodes Western peoples’ oft-inflexible categorization of sexual identity. (He humbly described the critique, from his perspective, as a hastily written “toss-off.”) I wonder what Glenn’s reaction will be when I say that my favorite review of his—one I often return to in memory and in actuality—is of Michael Winterbottom’s Code 46.

I don’t know if I can say, concretely, why this is the case. Perhaps first off because it is a capsule review that is clearly not approached with any sense of limitation. Perhaps too that it manages, in only a few sentences, to give a resonant sense of Winterbottom’s aesthetic up to that point, via a rhythmic series of descriptors and a paralleling with Godard that neither privileges one artist over another, nor places them in undeserved comparative company. The section I always remember, though, is a towards-the-end parenthetical, one that I often turn over in my head like a favorite song lyric:

“(a cameo by a giant of punk rock is funny at first sight, and funnier still when you figure out the joke it’s making)”

Why this particular verbal arrangement? Perhaps because it manages to be oblique and tantalizing in equal measure (the desire to see the film, even if only for this gag, is stoked), but also because it works, retrospective to Code 46, as cogent, illuminating analysis. It walks a fine line; it has its cake and eats it too; it’s beholden to no one, yet inspirational to all.

More than that, though, it’s just damn fine writing.

And now, two stories (belated in publication, not in creation, both of ‘em true) for Mother’s Day.

FIRST: If there’s one person in my life I want everyone I know to meet, it’s my Aunt Shawn. She’s the epitome of chain-smoking sass, fiercely intelligent and in-your-face, but in a way that draws you closer rather than repels. Her hugs are bear-tight and full of love—you can tell there’s history and experience behind her each and every gesture, and that you’d only better yourself by chatting her up, taking in her words (brash, ribald, hypnotic) as might an apostle from a mystic on the mount. A purple way of saying she’s one to pay attention to, a person whose point of view you should always consider, and a woman you should absolutely, never-in-a-million-years dare to cross.

But there was this school principal, see, who made it a point to scold one of Aunt Shawn’s children beyond what professional discourse dictated.

Let me set a scene: Said principal is at his desk behind closed doors, working on whatever it is principals work on. Calm day in the office, secretaries on their phones, students coming in and out sporadically to drop off notes, pick up late passes, etc.

Then here comes Aunt Shawn, a lioness on the prowl, though, ever on-point and strong-willed, she doesn’t call attention to herself or to her endgame. She takes position outside the principal’s door, nonchalantly enough that she won’t be looked at askance.

(It’s the waiting that always gets me, the sheer sense of determination and intent.)

So principal’s done with what he’s doing in his office. Gets up and goes to the door. Opens it. And my Aunt Shawn, bless her heart, creams him in the face with a pie.

The principal, screaming, runs back into his office, slamming the door as if he’s under attack.

Aunt Shawn walks off, smiling no doubt and, I like to imagine, flecking pie crumbs and whipped cream heedlessly onto the linoleum floor. Her child avenged. The lioness triumphant.

God, I love that story.

SECOND: The first memory I have in my life is of my mother changing my diaper. Pleasant thought, I know, yet one that I can’t help freighting with metaphor: Mom wiping the shit away, making everything okay again.

That she has done, time and again, and I don’t know if I’ve ever told her how thankful I am for that. (No time like the present.) But the thing about these singular memories is that, eventually, I want to pair them with a complement, something that enhances the remembrance, supports it as does a mortal their beloved. It was only recently that I recalled another moment from infancy (I’ll label it, henceforth, my second memory) and I think it makes for a perfect pairing with my first. It is this:

It’s nighttime and I’m in my mother’s arms, sucking on my thumb and glancing around in that wild, yet inquisitive way of newborns. We’re on the porch at our house. Crickets are singing and a warm breeze blows against the back of my neck.

Mom’s bouncing me up and down in time with some rhythm that I can’t recall, but which I know makes perfect sense in that instant. And she’s singing. And I only remember one lyric:

“It’s only a crescent moon.”

I look up… And sure enough, there it is. A big, bright, blazing crescent moon. And as she’s bouncing me around, the moon will occasionally go to my vision’s periphery, and the stars surrounding it will come into focus. Then the moon. Then the stars. And I’m not afraid. I’m hypnotized and enchanted, because Mom has helped me to see it that way.

I can’t find a single song that contains that line my Mom sang to me in the way that I remember hearing it. She might have been humming a standard. She might have been making it up. It doesn’t matter, really. Once the present moment fades, we’re free to recollect it as we wish (or as our bodies—fickle vessels—allow).

From this moment, then, I like to recall it as one of those times where mother and son were in complete harmony; where a profound bit of wisdom and insight passed between us; where my awe, my love of, my fascination with movies began.

The roles were different, the relationship was not the same, but I think Mom was telling me something not so far removed from what a Ms. Charlotte Vale once said to a Mr. Jerry Durance:

“Oh Jerry, don’t let’s ask for the moon. We have the stars.”

The Criterion Corner: Dusan Makavejev’s WR: Mysteries of the Organism