We need another WWII movie like we need another samurai flick. And yet elderly Japanese director Yôji Yamada has staked his late career hitherto on mining these two genres, both long thought to have been stripped bare of relevance and resonance. Miraculously, he has fashioned something meaningful within these tired frameworks. In 2002, he abandoned decades of series work—including 46 installments of the Tora-san franchise—to focus on crafting standalone films, of which he had directed few since the 1960s. He began with The Twilight Samurai, followed in succession by two more revisionist films about feudal warriors, The Hidden Blade and Love and Honor. All were more interested in aging characters and potent glances than they were in epic battles or choreographed swordfights; they were to their anime contemporaries (cf. Ninja Scroll) what Jarmusch’s Dead Man was to Stagecoach.

Yamada has moved on to the WWII picture with his latest, which American distributors are calling Kabei: Our Mother. No genre has been more recently overworked: At least eight movies about that war and the Holocaust have hit theaters since last autumn. But those films chronicled the European theater of operations, and Yamada’s film benefits off-the-bat in that it’s told from the relatively under-explored Japanese perspective. Furthermore, it doesn’t concern battlefield gallantry or real “heroes” of any kind—just a quiet, average, put-upon family coping with the burdens of life during wartime.

Kabei is the nickname bestowed upon the matriarch of our protagonist family, a Japanese Mrs. Miniver forced to hold her family together after her meek and bespectacled academic husband, nicknamed Tobei (Mitsugoro Bando), is arrested on charges of subversion. He’s a thought-criminal. The filmmakers develop a scathing portrait of wartime Japan: of corrupt and oppressive officials, of obsequious citizens caught-up in an escalating jingoistic and flag-waving fervor—a fascist-mindedness that filmmakers usually reserve for Nazis and Soviets. A shot of quasi-brainwashed schoolchildren blithely singing nationalist anthems cuts to a cramped cell of filthy political prisoners, moldering miserably. Yamada and crew almost go so far as to suggest that the Japanese had their A-bombs coming to them, if it weren’t for the achingly sympathetic family at the film’s core. As always, it’s the decent sorts who suffer, victimized by their oppressors and potential liberators alike.

Adapting the childhood memoirs of Teruyo Nogami, a former script girl and production manager on numerous Akira Kurosawa films, Yamada and his usual cinematographer, Mutsuo Naganuma, shoot the film with familiar elegance, the Ozu-esque ground-level shots of families through sliding doors and other domestic obstructions. It’s a polite style of framing born of a cultural punctiliousness: In one scene, Kabei’s eldest daughter chastises her father for improprieties such as reading the newspaper at, and wearing a scarf to, the dinner table. Though the film boasts a formal restraint, it’s still shot sumptuously, with creamy textures and nearly halcyon lighting, signaling the film’s melodramatic tendencies, which build to an operatically tragic climax. Yet, despite those proclivities, Yamada’s film is fiercely unsentimental and matter-of-fact, though peppered with moments of slapstick; the frequent levity makes the moments of despair more stinging, and those stings make the sweet scenes of family togetherness that much sweeter.

Above all, Yamada’s masterpiece of balanced sensibilities is grounded in the sensitive performances of its cast. Most notable is Kabei herself, Sayuri Yoshinaga, who delivers a stunning performance as a woman engaged in a constant and desperate struggle to maintain her composure, a Japanese stiff upper lip, despite her hopeless condition. It’s a struggle she doesn’t always successfully contain. Nevertheless, “things go on here as usual,” she says—devastating as usual.

Review: Mortal Kombat Brings the Gore, and Is KO’d by Endless Exposition 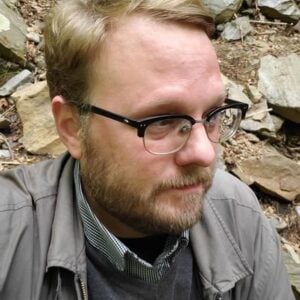 Review: The Friends of Eddie Coyle