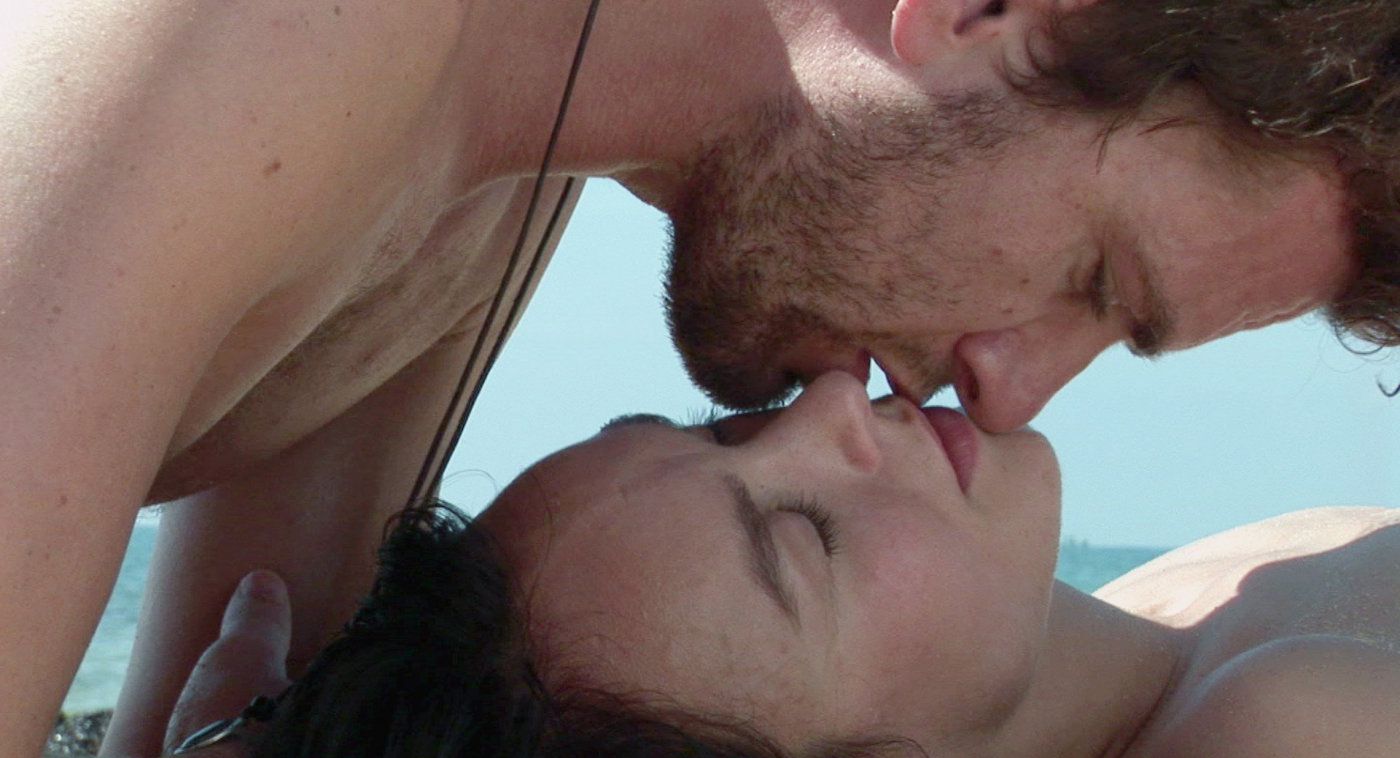 From the sarcastically dismissive title to the eye-winking dialogue (“Beautiful women and a mystery…isn’t that how all film noirs start?”), Just Another Love Story has all the foolhardy bluster of a talentless film student nagging at us to acknowledge his artistry. The story is an embarrassing pastiche of plundered devices from the Hollywood popcorn canon (why anyone would crib, even unintentionally, from The Long Kiss Goodnight or While You Were Sleeping is baffling). The lovely Julia (Rebecka Hemse) returns to Denmark after an ambiguously nerve-shattering trip to Hanoi and immediately crashes her rental car; Jonas (Anders W. Berthelsen), a restlessly married police photographer who witnesses the accident, develops a crush on her torpid, bed-ridden body and poses as her boyfriend to gain access to her hospital room. She awakens blind and amnesic, so that the wafer-thin contrivance of Jonas’s identity snatching can continue unnoticed (though one wonders how he manages to mingle with Julia’s well-to-do family without once flashing identification). Gradually, various linguistic and sonic triggers kick up the repressed, blood-streaked narrative of her pre-accident life with her real lover: Sebastian (Nikolaj Lie Kaas), an internationally wanted brute that Julia may or may not have euthanized in the film’s opening flash-forward.

There are faint grace notes of cleverness amid the dismal din of hyper-stylized fadeouts and smash cuts: Jonas, who knows nothing of Julia’s hardships, must improvise a backstory for the two non-lovers, and we see him (via crosscut sequences) borrowing bits and pieces of his own connubial history, re-appropriating them through his private, perfidious lens. And the film’s various twists (if we can delineate such obvious bifurcations in the plot as such) arrive at an irritatingly underdeveloped, but still somewhat original, conflict: Rather than fighting for Julia’s body, the two primary male characters battle for control over her past—though the actors approach the duel with the superficial aggression of frat buddies arguing over a remote control. Instead of deftly gestating this germ of a premise (and possibly smoothing the admittedly patriarchal overtones), director Ole Bornedal inters it with a flurry of cheap, explicit violence and offensively loose ends. A film that teases its audience with an Almodóvar-esque coma conception and then ignores it entirely is clearly vying for a slot in the pantheon of unsavory film failures.