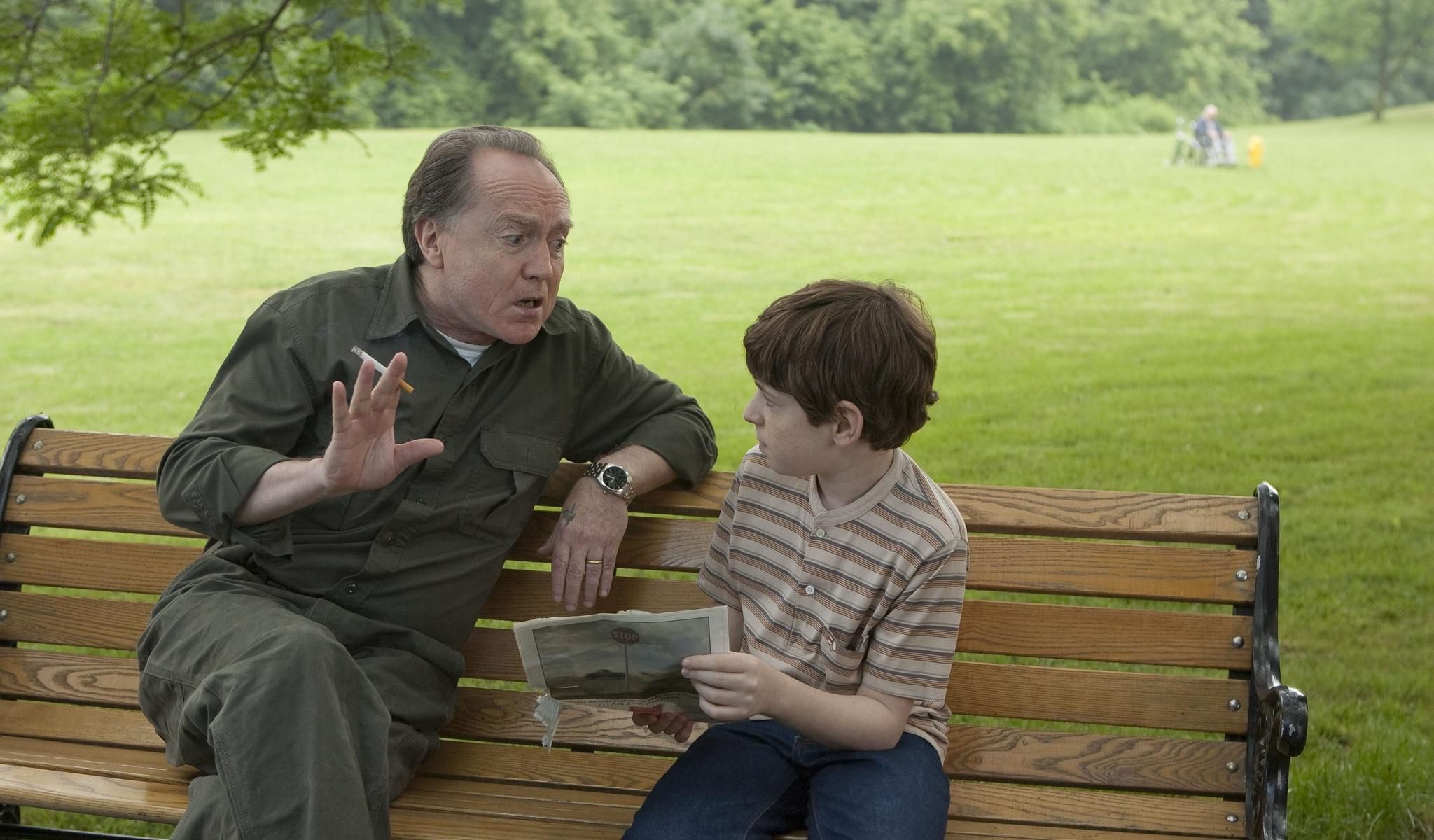 The title alone invites you to cuss at this smug film about family ties, and you may do so the second you catch a whiff of the portentous first shot: a Wes Anderson put-on. The images, more cluttered than detail-oriented, are awash in pastel hues, every person and inanimate object is shot head-on, and snap zooms are often paired with jump cuts. In one, after the film has leaped forward a few years in the twee life of its main character, the camera pulls out from the face of a nun played by a woman who was likely cast not for her talent, but for her Robert De Niro mole. A more literal low blow: Though Patricia (Toni Collette) births her son on a hospital bed, she’s shot inexplicably from an angle that suggests Henry will drop out of her and down toward the floor. But however rotten the film’s artistry may be, no one attracts flies in the end, and so Jesus Henry Christ’s sole triumph is generously allowing Napoleon Dynamite to keep its title as the most contemptible Anderson-inspired drag show to date.

The film, an extension of a short writer-director Dennis Lee made as his graduate thesis at Columbia, concerns a boy genius learning that he was made in a test tube and setting out to find his father. But first, a flashback to the 1970s, wherein the obliteration of a young Patricia’s family is depicted in a series of flippant snippets of doom: her mother burns to death, a brother leaves for Canada to dodge the draft, and another one, we’re told, succumbs to AIDS, probably because he was, according to the twin bros who die in an accident that would have been deemed too inane for the 2004 film version of Starsky & Hutch, a “faggot.” Only her crotchety father Stan (Frank Moore) remains, if for no other reason than to supply the film with a series of cringingly unfunny asides—such as a bizarre heart to heart between the man and 10-year-old Henry (Jason Spevack) spoken entirely in a language only a racist would describe as Spanish—that bring to mind Family Guy on one of its really, really bad days.

Lee attempts a comedy about individual identity’s struggle to openly express itself in America’s cultural melting pot, best articulated in the rage Henry’s possible half-sister, Audrey (Samantha Weinstein), feels for his possible father, Slavkin (Michael Sheen), after the doctor publishes a book about raising her in a gender-neutral environment. But the sincerity of Lee’s intention is compromised by the shrillness of its depiction. Cartoonishly circling Henry and his mother throughout the film is a litany of oft-lisping minor characters devoid of any recognizable sense of humanness, among them the doctor who could also be Audrey and Henry’s real father and a white dude who thinks he’s black and mans the front desk at a sperm bank that’s shot like the Pentagon. But the film’s cruelest insult may be its insipid sense of resolution, a trite depiction of the restoration of the nuclear family allowing everyone to trump their obstacles, from Patricia’s fear of fire to Slavkin’s Ambien dependency. Mercifully, my fondness for cursing remains intact: “Jesus fucking Christ!”

Review: Last Call at the Oasis

Review: Keep the Lights On