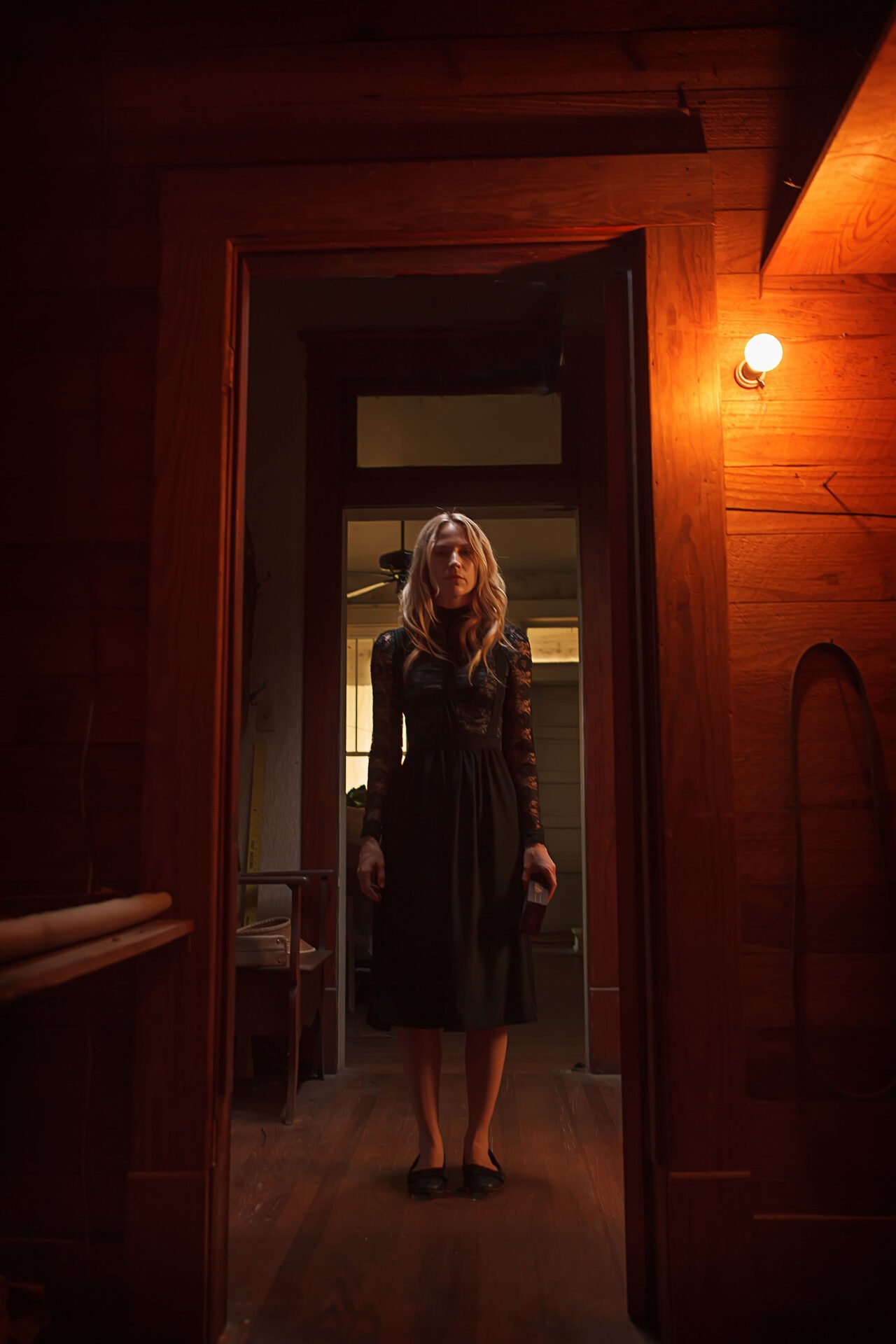 Adam Schindler’s Intruders initially offers a reprieve from the tropes of the home-invasion narrative, which usually pivot on victims being worked over by attackers until death or qualified victory arrives, the latter normally as an afterthought so as to underline the filmmakers’ insistence on life’s inherent futility. In a reversal of stereotypical roles, this film’s sacrificial lamb—Anna (Beth Riesgraf), an agoraphobic hoarder with loads of cash hidden in her creepy family home—is allowed to be more dangerous than the men (Martin Starr, Joshua Mikel, and Jack Kesy) who storm her property under the assumption that she’d be away attending her brother’s funeral.

Anna’s unexpected agency informs Intruders with a sense of give and take that might theoretically suggest robustly tricky thrillers such as Terence Young’s Wait Until Dark and David Fincher’s Panic Room, rather than monotonously nihilistic junk like Darren Lynn Bousman’s Mother’s Day. But the high-concept foreshadowing has little follow through. Anna’s agoraphobia clearly indicates a Big Reveal, but the explanation for her ability to elude and destroy her captors is somehow simultaneously ludicrous and banal.

Anna’s estate is promisingly shown to be an elaborate torture labyrinth in the tradition of the predominant setting of The People Under the Stairs, but its function within the plot is superfluous beyond trapping the men in a drab basement that would fit in perfectly among the anonymously lurid tombs of the Saw series. Anna pulls levers, opening secret passages, retracting and extending hidden staircases, leading her aspiring murderers to mysterious chambers only to, say, pummel them with a hammer or insist that they pick up a gun and its accompanying single bullet. The subjective Grand Guignol element is a tease, window dressing for a film that ultimately boils down to people bludgeoning one another in unimaginative close-ups.