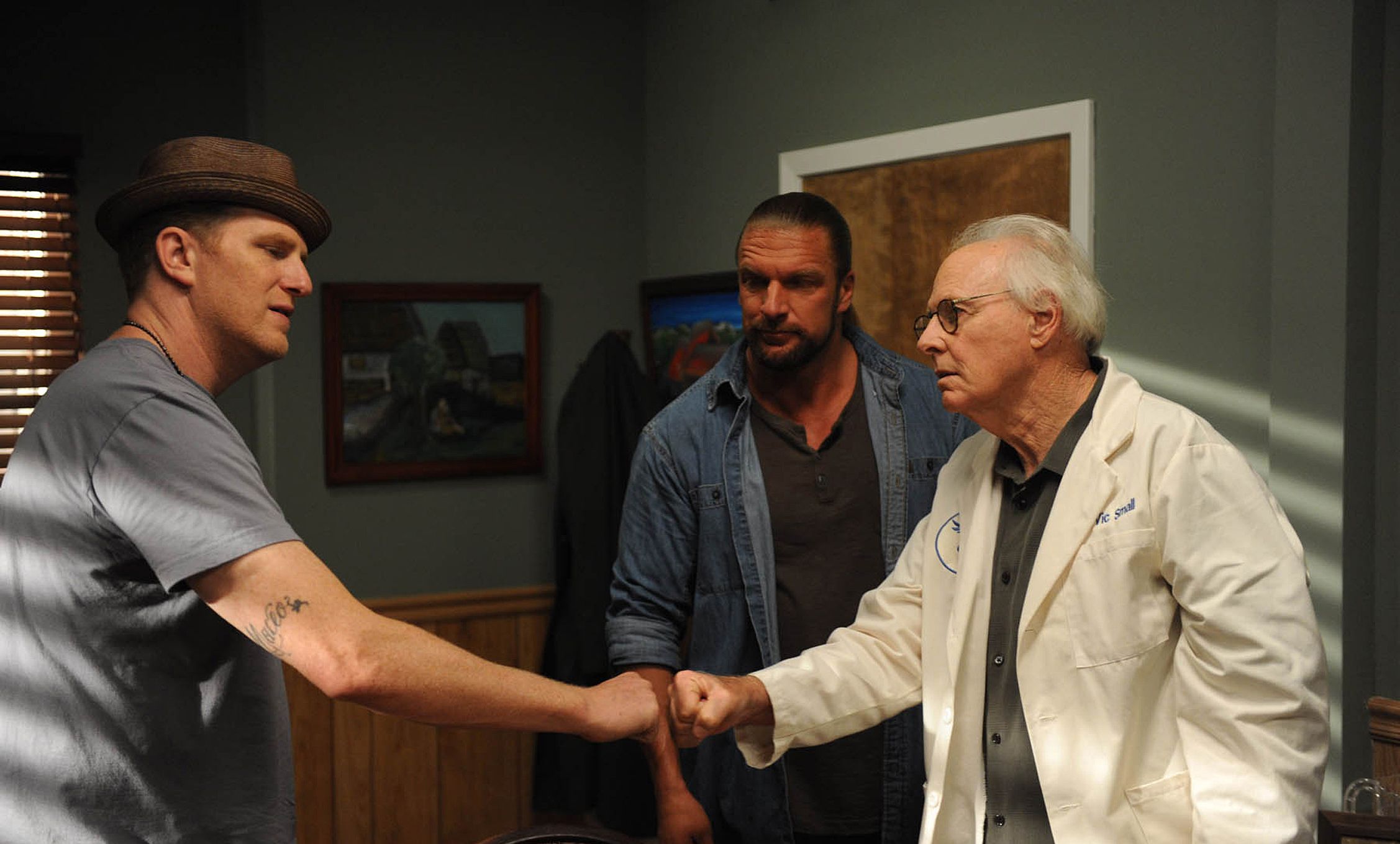 Artie Mandelberg’s Inside Out unfortunately doesn’t even come close to meeting the modest expectations of a B-action programmer featuring a renegade matching wits and fists with a small-time crime lord, and the problem seems to be one of the filmmakers not entirely understanding what it is they’re making. At times the movie seems to be interested in telling a serious story about an ex-con, AJ (Triple H), released from prison after a 13-year stretch and intent on rebuilding his life in spite of the destructive impulses of his crooked friend, Jack (Michael Rapaport). But who wants to see a movie produced by WWE for that? Inside Out should be wild and violent, playing on the soap-operatic mood swings that drive televised wrestling; instead it’s one or two murders away from being a Lifetime movie of the week.

How’s Triple H? I don’t yearn to see him do Brecht in the park, and he’s a far cry from Dwayne Johnson (who continues to show untapped potential), but Triple H clearly understands that he shouldn’t force his line readings or try too hard for a traditional performance. Instead, he provides Inside Out with a hesitant, bruised hulk-with-a-heart-of-gold persona that has you rooting for him to get an action pic that might better utilize him.

More than I can say for former indie darlings Rapaport and Parker Posey. Rapaport isn’t much of a surprise here as he’s only ever played one character in his career, beating that white-boy hood-rat shtick that was tired even 15 years ago into the ground in his usual way. Posey, however, once a similarly predictable but more promising performer, is gallingly bad as the put-upon woman AJ and Jack find themselves tangling over. I can say with only a little irony that Triple H acts Posey off the screen, and that lends Inside Out a surprising sadness that’s anything but intentional.

Toronto International Film Festival 2011: Restless and This Is Not a Film