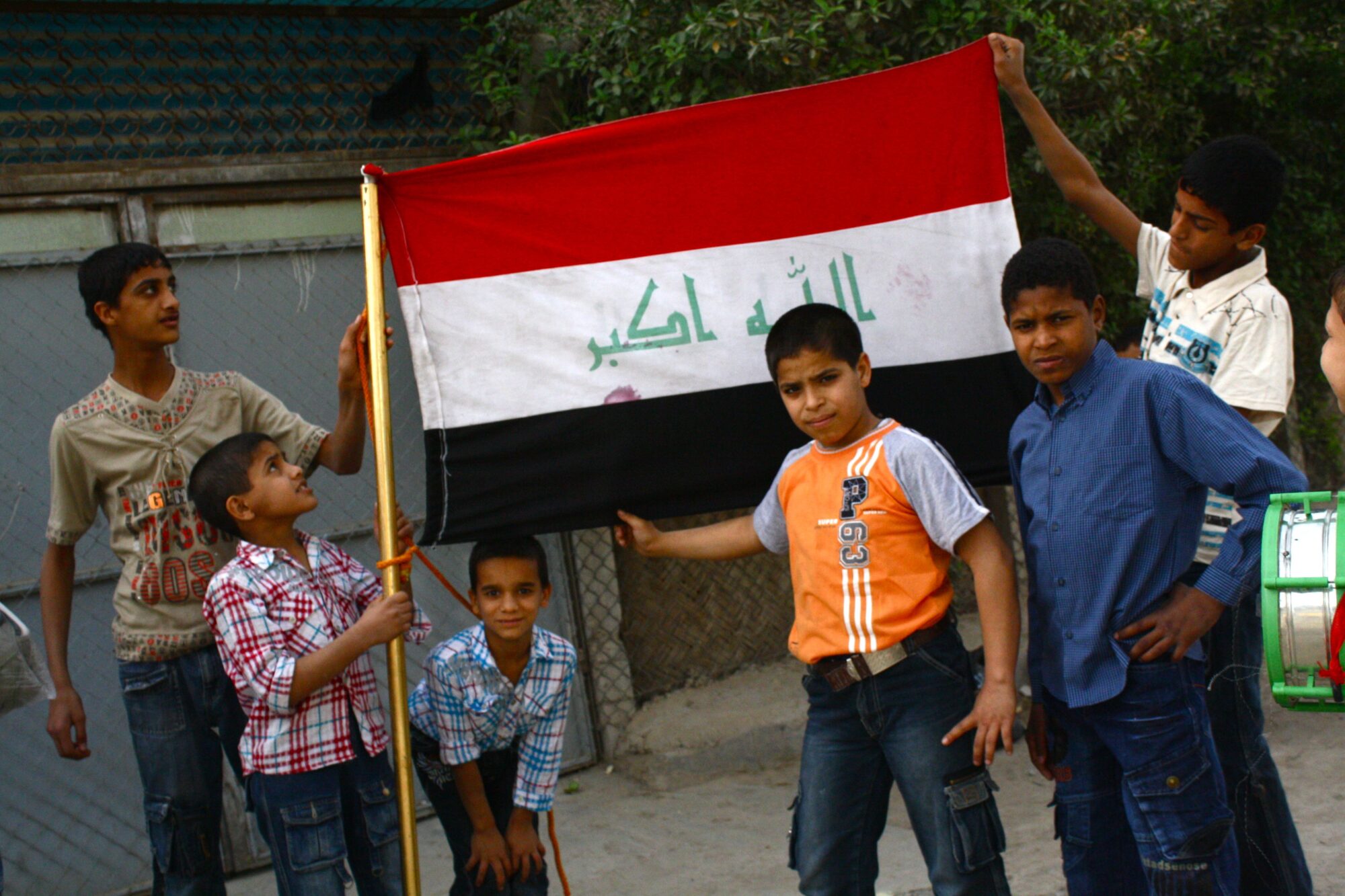 Saif Salaam sits silently by himself and stares into the distance. The young Kurdish boy, one of 30-plus children who populate an independent Iraqi orphanage run by Husham Al-Dhbe, seems lost in daydream. Really his mind is haunted by the blast that killed his parents in 2007. While fellow orphans eat dinner downstairs, Saif sings a song, whose lyrics will be repeated throughout Atia and Mohamed Al Daradji’s heart-wrenching documentary In My Mother’s Arms: “I’m too young for all this pain, I’m too young for all this agony.”

The filmmakers succeed at contextualizing how terribly the Iraqi government has handled orphan care, unveiling shocking statistics about the poorly run state-sponsored institutions, video interviews with abused children who’ve survived the system, and hospital-room footage of young victims wrapped in bandages and tubes. These social injustices and political failures are facts of life for the film’s central subject, Husham, a stoic and resolute man who puts his own family second in order to protect these children from starvation, poverty, and Al Qaeda recruiters scouring Baghdad’s dangerous Al Sadr district.

Captured in dusty, grainy digital video, In My Mother’s Arms doesn’t lack for narrative ambition. The film covers both Husham’s frustrating attempt to fend off impending eviction, provide mental health services, and financial security for the boys-only orphanage, all while documenting the complex emotional states of traumatized children battling depression, rage, and educational failure. This two-pronged approach offers a sobering portrait of the social quagmire facing citizens like Husham and his fellow “carers,” devout social workers working for little to no money. In one stirring scene, while three boys sleep in the back of his jeep, Husham visits multiple real estate brokers in a last desperate attempt to find fresh lodging for the orphans. Here, it becomes clear that both film and subject are defined by the necessity of multitasking.

But the doc’s impressive scope grows more problematic as it progresses. Perpetually jumping from one subject to the next, the film submits to choppy pacing and sporadic shifts in focus to explore new angles, ultimately diminishing some of the story’s overall power. The filmmakers often recklessly cut back and forth between Husham, the troubled Saif, and an older boy named Mohamed Wae, who’s dealing with his own psychological traumas and fear of failure. As a result, the entire documentary, like Husham himself, feels spread thin.

Still, it’s hard to fault such a moving film for being too messy when it’s so unabashedly committed to exploring every nook and cranny of such an incredibly complex situation. By embracing both a sense of pragmatism and undying hope, In My Mother’s Arms confirms Husham’s often maddening quest to secure financial and psychological security for his boys. Apolitical in nature, the doc is about the necessity of family, not war. It pushes all military action to the periphery without denying it exists, focusing instead on the sad but yearning eyes of orphans like Saif who’ve unfortunately become poster children for the newly democratic Iraq. In the end, it’s impossible to ignore their gaze.

Summer of ‘87: Nadine: Love, Bullets and the Blondes of the Blue Bonnet