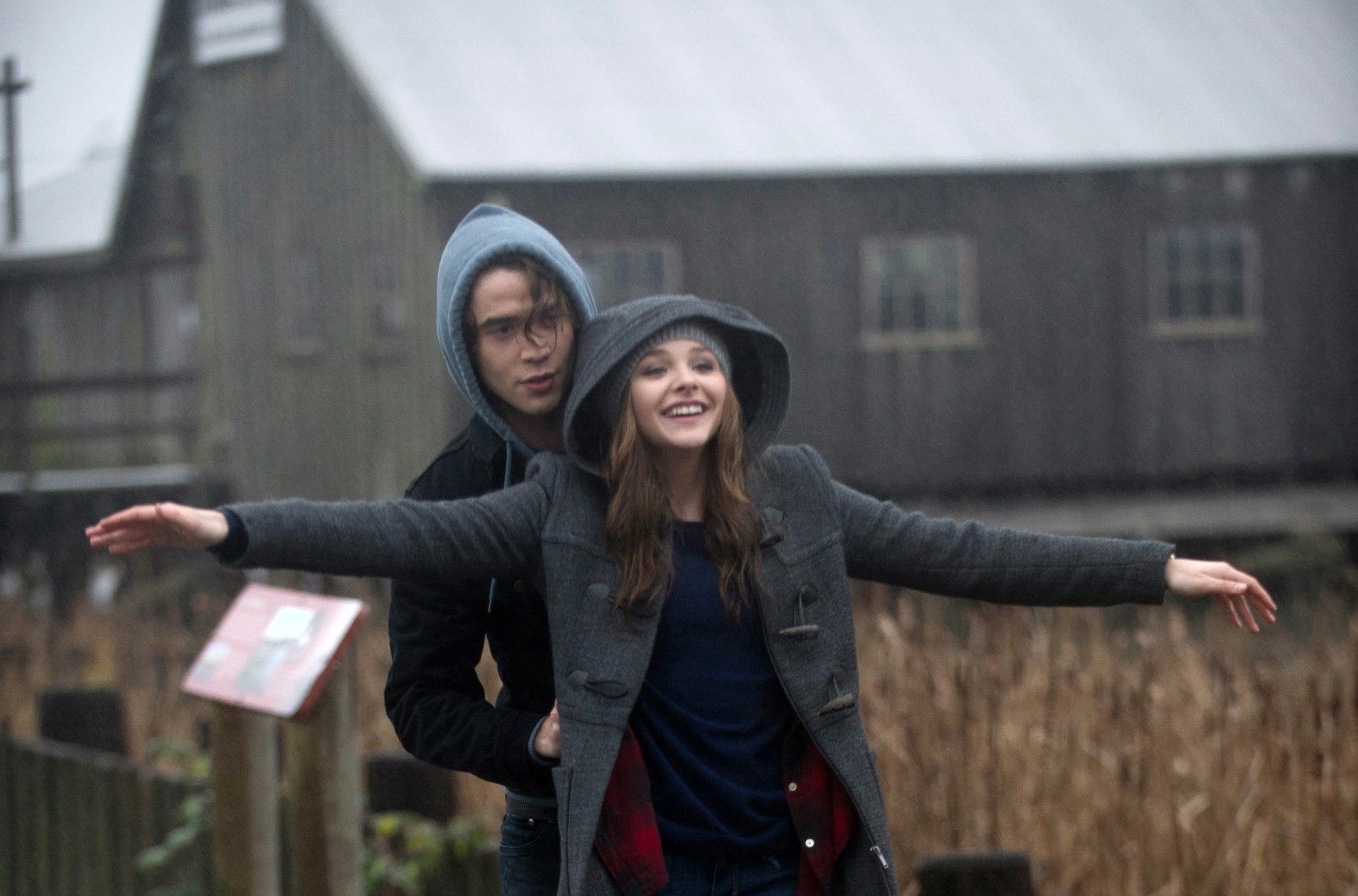 Bringing up the Bechdel test to discuss a film based on a mainstream YA novel feels almost unfair, given the genre’s frequent treatment of romance as something teenagers should pursue at the expense of all else. But R.J. Cutler’s If I Stay, based on Gayle Forman’s novel, is an almost deliberate confirmation of Alison Bechdel’s claim that women in film are so often shown only in relation to men. At the film’s opening, Mia (Chloë Grace Moretz) is having boy trouble: Her former beau, Adam (Jamie Blackley), the frontman of a budding punk band, is in town to open for the Shins, but she’s purposely avoiding him due to mysterious angst. Meanwhile, she’s waiting to hear back about whether or not she got into Juilliard (she’s an accomplished cellist), and on the morning of the day the letter is supposed to arrive, the kitchen-table banter with her mother, Kat (Mireille Enos), isn’t about the pending announcement that will change her life, but about whether or not she should get in touch with Adam.

A snow day is announced on the radio, so Mia and her family decide, improbably, to take a drive together in the mountains. Because, you know, family is important, and this has to be expressed in the most dangerous way possible. And after the inevitable car crash, Mia’s unconscious body is rushed to the hospital, and she tags along as a sort of double in a not-dead-yet limbo, privy to increasingly bad news about her family’s health as the subjunctive of the title, that taunting “if,” becomes more and more a literal question: Should Mia stay alive, with so little left to live for? Turns out, being a music prodigy almost undoubtedly bound for greatness isn’t enough anymore. What a teenage girl really needs is a boyfriend, and Adam is nowhere to be found.

The way a story is told often reflects the confidence of its teller, and If I Stay is the story equivalent of a girl sitting alone at a lunch table afraid to make eye contact with her peers. Through some awkward crosscutting, we witness the relationship between Mia and Adam entirely in flashback as it rolls predictably from saccharine beginning toward inevitable strife. The flashbacks are conveniently nested throughout the film with no attention to chronology or context in an attempt to deepen certain elements of the present action, thus revealing the lack of a conflict with its own momentum. And the present action—Mia in limbo, wandering the hospital watching people react to her comatose state—is undercut by the withholding of what actually has gone wrong with Adam, which the writers must have discovered was the only question left unanswered at the halfway point in the film, forcing them to delay the revelation as long as possible. The actual relationship (all revealed in past tense) crescendos toward the ultimately puzzling realization that the couple simply called it quits because Mia chose to apply to Juilliard, thus following her own dreams and leaving Adam to follow his, which is apparently a decision worthy of punishment. And when Mia finally has to make her choice about whether or not to keep on living after the accident, it’s not a possible career in the New York Philharmonic that motivates her, but the fact that a whiny boy, who previously dumped her because she dared to dream of attending the most prestigious music school in the country, finally wrote her a song.

But even this argument deserves its caveats: During a scene where an uncharacteristically cruel Adam lashes out at Mia about withholding her Juilliard news, she fires back a snappy defense and leaves it at that—no tearful laments, no furious scribbling in a diary. Visibly upset about the relationship’s apparent demise, she still manages to move on, and it’s mostly business as usual until Adam shows up in her bedroom and apologizes with a dramatic gesture proving that he really is the perfect boyfriend after all. But the fact that the sling-shotting between Together and Not Together is what keeps the narrative moving is boring at best and deeply unsettling at worst, especially since it’s always on Adam’s terms that the relationship swings in the latter direction. If I Stay juxtaposes very real loss—tragic, senseless, and heartbreaking—with the angst of a high school romance, asking us to care about them both equally. The problem here is how banal the central storyline becomes when we strip away the background noise, and how frustrating it is to see yet another female protagonist given so little chance to become an actual character without a man standing alongside to remind her who she really is and what she really wants.

Review: Through a Lens Darkly

Review: When The Game Stands Tall