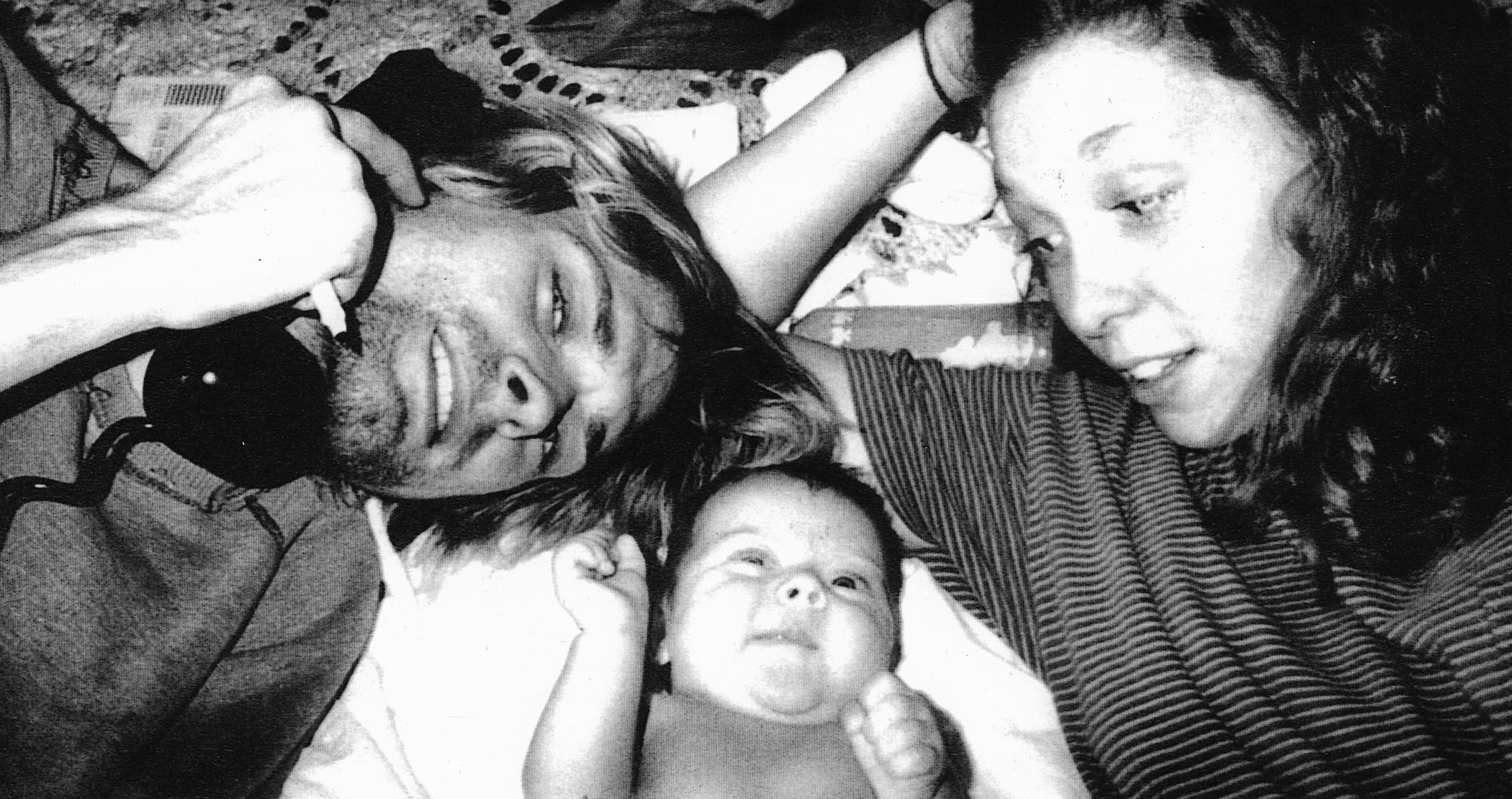 As any fan of Behind the Music knows, tales of rock-star drugging have only two possible outcomes, and Hit So Hard—a documentary portrait of former Hole drummer Patty Schemel and, by extension, her band’s early-‘90s grunge heyday—spoils its own conclusion with the subtitle “The Life and Near Death Story of Patty Schemel.” Director P. David Ebersole’s film is composed of interviews with Schemel, her Hole bandmates, and contemporaries and admirers, as well as a host of archival footage of the group on tour, in the studio, and during downtime. An overriding focus, however, proves habitually out of reach.

Following a difficult childhood spent as a lesbian punk outcast regularly under the influence, Schemel joined Hole and promptly lived for six months with Courtney Love and Kurt Cobain, a period that’s partly covered via rare home-movie snippets of the Nirvana frontman with his newborn daughter that immediately skews the material’s spotlight away from Schemel. Once Cobain commits suicide, Ebersole shifts his attention to Love and her wild-woman antics, yet any investigation into the rage and hypocrisy of her furious persona is also only skimmed, so that the camera can again turn back to Schemel, whose saga—after the drug overdose of friend and original Hole bassist Kristen Pfaff—soon devolves into a familiar narrative of thrilling music stardom spoiled by narcotics addiction.

Schemel is a compellingly candid presence, humorously reflecting on the irrational psychology of her former strung-out self, but Ebersole is so busy flittering from one point of interest to another that Hit So Hard never coheres into anything other than a collection of rock-star clichés: drugs are initially fun, then lead to “dark,” destructive places; the music business, and fame-seeking singers, are cutthroat; survival involves a combination of luck, strength, and love. Love’s treacherous decision (encouraged by producer Michael Beinhorn) to not have Schemel record on 1998’s Celebrity Skin is barely examined because Love herself seems bombed during her on-screen interview, rambling while eating and sporting overdone red lipstick.

Meanwhile, the art of drumming, Schemel’s pioneering success playing a traditionally male-handled instrument, and her adolescent difficulties as a lesbian—not to mention the amusingly tossed-off observation that ‘90s grunge style was modeled on ‘70s lesbian fashion—are potentially rich topics that receive short shrift, with Schemel’s influential place in female-drummer history relegated to a talking-head montage during the end credits. Live clips capture the raw, unbridled power of Schemel’s musicianship during Hole’s glory years, but otherwise, Ebersole’s use of pointless and gimmicky aesthetic devices (split screens, black-and-white effects, fades) is as clumsy as his film’s nonfiction storytelling is scattershot.

Review: Man Without a Cell Phone