First-time filmmaker Megumi Sasaki’s documentary Herb & Dorothy is as simple and straightforward as the subjects of its title: a sweet, soft-spoken New York City couple that, over a 30-year period beginning in the early ’60s, amassed more than 4,000 works of minimalist and conceptual art whose value is estimated in the millions of dollars. Herb and Dorothy Vogel, now both retired, financed their collection using Herb’s salary as a postal clerk, while Dorothy’s income as a librarian covered their living expenses. Over the decades, their collection grew to fill every square inch of their one-bedroom, hobbit hole-like apartment.

The Vogels have no children, but they’ve been expanding their family continuously through artwork and animals (they have several cats, fish, and turtles). Indeed, that aspect of nurturing life through art—and through their numerous pets—is an undercurrent of Sasaki’s documentary, and gains momentum as a poignant metaphor as the film goes on. Never does profit enter the Vogels’ equation, their aim from the beginning is to serve the art, and the artistic culture in which it’s born, devotedly, not as mere buyers or connoisseurs, but as their parents. In the early ’90s, when the Vogels decided to gift their collection to the National Gallery of Art (where most of it now resides), they likened the experience to sending children away to college. By the end of Herb & Dorothy, art isn’t like family, it is family.

The Vogels are deeply enmeshed in the New York art scene too. Many of the artists interviewed—Richard Tuttle, Lawrence Weiner, Lucio Pozzi, Christo and Jeanne-Claude, and Robert and Sylvia Mangold, among them—voice deep appreciation for the attention and encouragement the Vogels have given their development. In one scene, the Vogels take a look at a series of rough notepad drawings by Tuttle which the artist does not expect to sell. But they pique Herb’s interest, and we watch this old man, stooped and wizened, gazing at the drawings with the enthusiasm of a young art dealer, as if he were appraising a major artwork. He arranges the sketches in an order that he feels is most aesthetically pleasing before offering to buy the whole lot.

As much as it is a tribute to the Vogels’ devotion to the arts, Herb & Dorothy also fascinates in how it explores the art of seeing. We want to see through their eyes, to learn to appreciate as they do. By conventional standards, minimalist and conceptualist art is not the most accessible, nor the most beautiful; Herb even calls it “tough art” for its hard, unforgiving shapes and colors. The Vogels have no explanation for why they’re drawn to the works they are drawn to; they respond to what they feel is beautiful is as far an explanation as they give. And that speaks to the overriding theme of Herb & Dorothy: that how we see beauty is as mysterious and mystifying a phenomenon as how we create it. 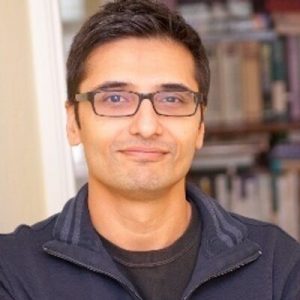