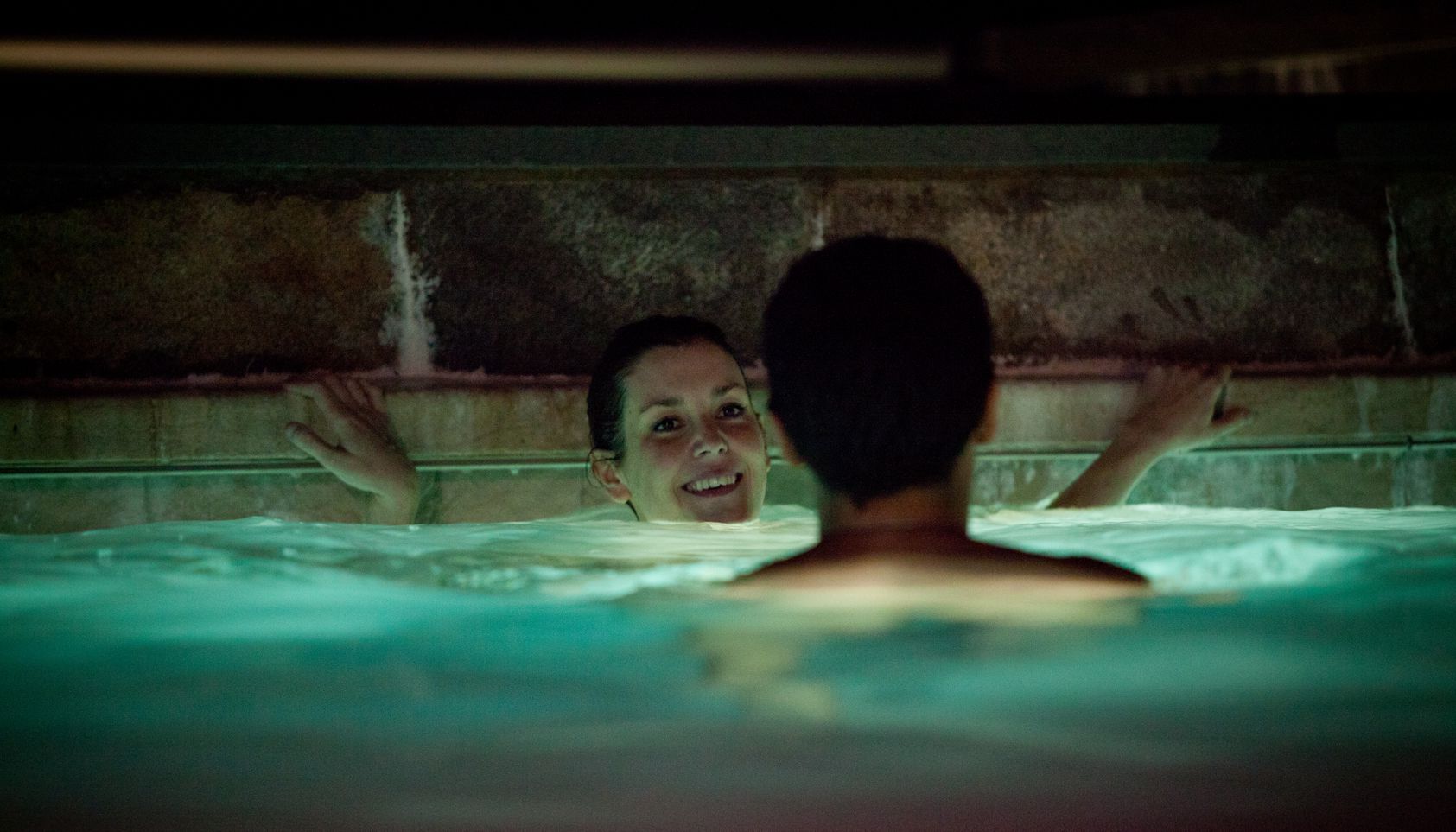 An uncertain future is no longer the strict provenance of the newly minted college grad. If two recent films are any indication, the thirtysomething woman, faced with the sudden loss of her man and job/social function, is in just as precarious a position. First For a Good Time Call… mined pre-middle-age anxieties through a female protagonist who’s dumped by her boyfriend and laid off from her job, achieving empowerment and financial success by running a phone-sex business. That film was more or less a straight comedy, but it wasn’t very funny, and it swallowed its insights into its lead character’s situation in a world of strict fantasy.

Hello I Must Be Going is also a comedy, albeit a far more restrained one. More importantly, Todd Louiso’s film presents a believably nuanced picture of thirtysomething uncertainty and the tensions of family life. Mostly it’s able to do so because the uncertain woman in question, Amy, is played by Melanie Lynskey, who not only nails the mopiness of her character’s depression, but also the little ticks of behavior that signal both the character’s resignation and her increasing willingness to try to work her way out of her situation. Forced to move back to her parents’ luxe Connecticut home for an indefinite stay after her divorce from a hotshot lawyer, Amy wallows in despondency before beginning an affair with Jeremy (Christopher Abbott), the 19-year-old step son of her lawyer father’s would-be client.

This latter tendency is on display in a memorable scene in which Amy’s father invites over the would-be client and his family for dinner and Melanie alternates between withdrawal and dismissal of the obviously vulgar man and playing nice for her beloved father’s (John Rubinstein) benefit. Complicating the picture are the condescending dismissals of her mother (Blythe Danner), who routinely belittles her daughter, and the presence of Jeremy, who chafes under the strictures of his free-spirited mother, whose selfish, if good natured, attempts to shape his life are no less oppressive than Amy’s own filial burden.

Before long, Amy and Jeremy are having an affair and working out their feelings on life and love together. While Amy learns to reject her former role as privileged appendage to a successful husband, Jeremy reveals his dislike of acting and the fact that his mother believes he’s gay, assumptions he doesn’t want to challenge for fear of disappointing her. (In the case of his pretended queerness, Jeremy explains, his mother gets off on being accepting.) If the chemistry seems somewhat nonexistent between the two lovers, and their talk of getting serious rings slightly false, then their sessions together remain valuable for the modest insights they reveal about defining one’s own life as opposed to allowing others (husbands, mothers) to do it for them.

In the end, the conclusions the film reaches are a tad pat, and the expected showdown between mom and daughter a little too one-sided in dictating our sympathies, but thanks to Lynskey’s performance, the film feels like a believably worked-out, sympathetically presented study in thirtysomething uncertainty. And that’s an achievement that no amount of ugly, monochrome, shallow-focus compositions and twee folk rock can efface.

Venice Film Festival 2012: Olivier Assayas’s Something in the Air