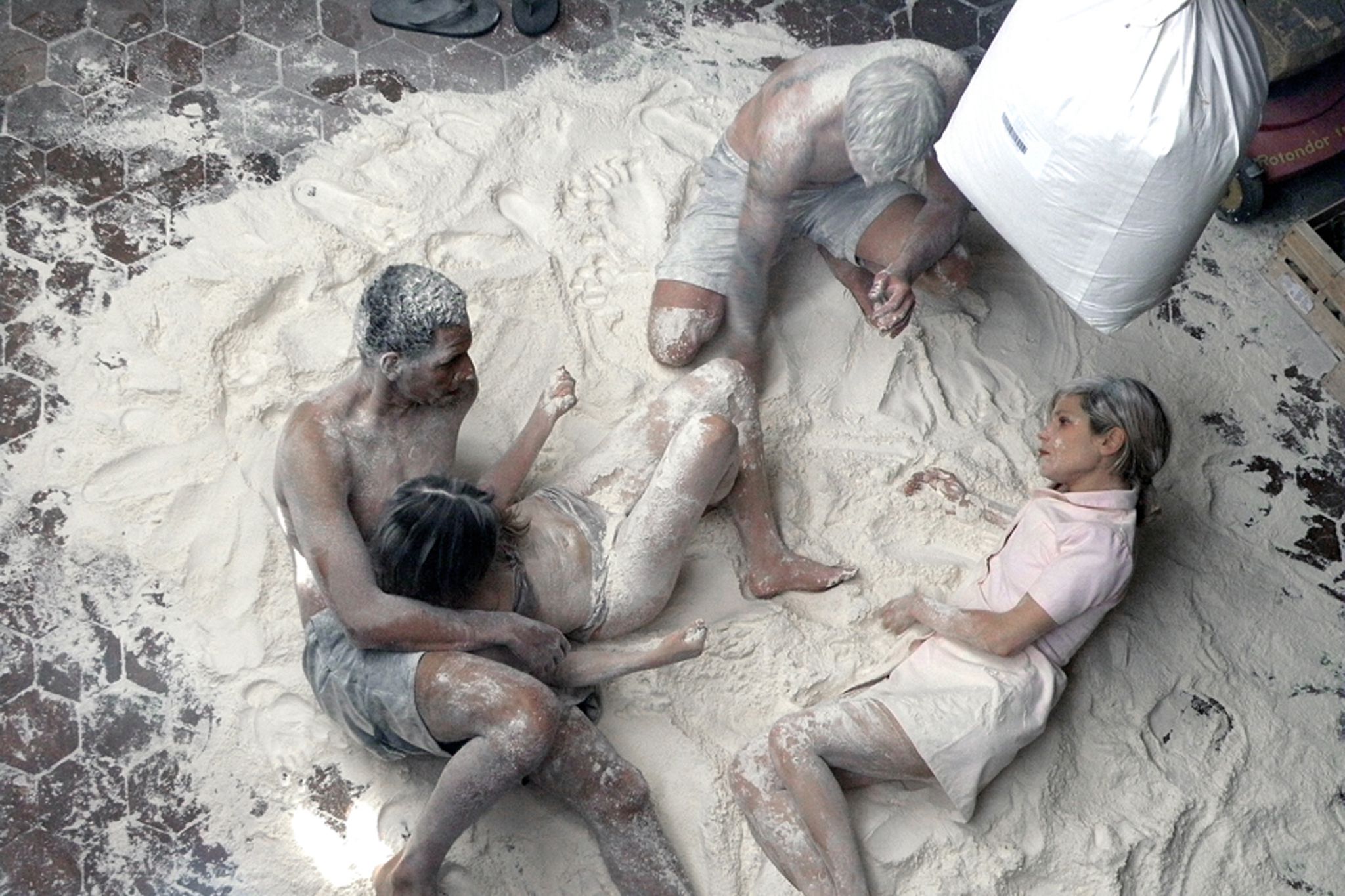 A handsome mate-swapping drama that leaves the players’ motives largely mysterious from start to fadeout, Four Lovers never moves beyond moments of erotic spectacle to become truly sexy, let alone incisive about the barriers built into sexual experimentation for committed couples. Each member of its upper-middle-class quartet of Parisians leap, seemingly organically, from a head-over-heels friendship to mutually satisfying, no-rules affairs with their opposite number’s mate. (Among them, they’re also parenting three pre-adolescents, and rather than low-maintenance kids, flexible afternoon hours seem to be the key for scheduling consensual dual adultery.) Antony Cordier and Julie Peyr’s script divides the retrospective narration among the principals, but it consists mostly of dull self-analytical bromides, such as “Is it normal to feel so good, so quickly?” and “Can you love two people at the same time? Can you let it happen?”

Director Cordier’s visual style is clean and versatile in setting everyday scenes and habitual trysts, but his Big Moments often come off hokey: the couples holding their phone-cams up at a country house or a daughter’s gymnastics session to bond with their intimate friends, or rolling around in a heap of flour as antic foreplay to kick off a weekend getaway. As for the lovers’ dynamics, jeweler Rachel (Marina Foïs) and web designer Vincent (Nicolas Duvauchelle) seem to have a pheromonal fuck-buddy connection, while the charge between photographer Franck (Roschdy Zem) and former Olympic athlete Teri (Elodie Bouchez) registers as something vaguely deeper. But the specifics are slight and anecdotal: When Rachel requests that her husband slap her in bed after having a wild, lightly abusive romp with Vincent, it comes off more as a mild gag than an insight, and Teri’s third-act upping of the ante via surreptitious diary-reading and desperate blurting of “what if” questions to Franck seem off-kilter, and ill-matched with the maternal facet of her life (assuring her kids, who’ve seen graphic video of the 2004 South Asian tsunami, that she’d be able to hold onto both of them).

Rather than seriously permit the possibility of long-term open marriage, Four Lovers prepares the way for its everything-falls-apart denouement with a linchpin scene where Rachel’s father explicates the Gospel parable of the Prodigal Son at a family lunch. Frolics on the barn floor and in another’s conjugal bed notwithstanding, the domestic unit’s power is too great to overcome; the first rupture in the group’s idyll comes when Vincent quietly freaks out over the moving of furniture. Three of the four leads have appeared in films by André Téchiné, and one longs for the layered, penetrating treatment of love and infatuation that veteran director has long provided here. As is, Cordier keeps his cast looking good, clothed or not, but his take on the deeper meaning of their characters’ grasp for new happiness veers between moralistic and blank.