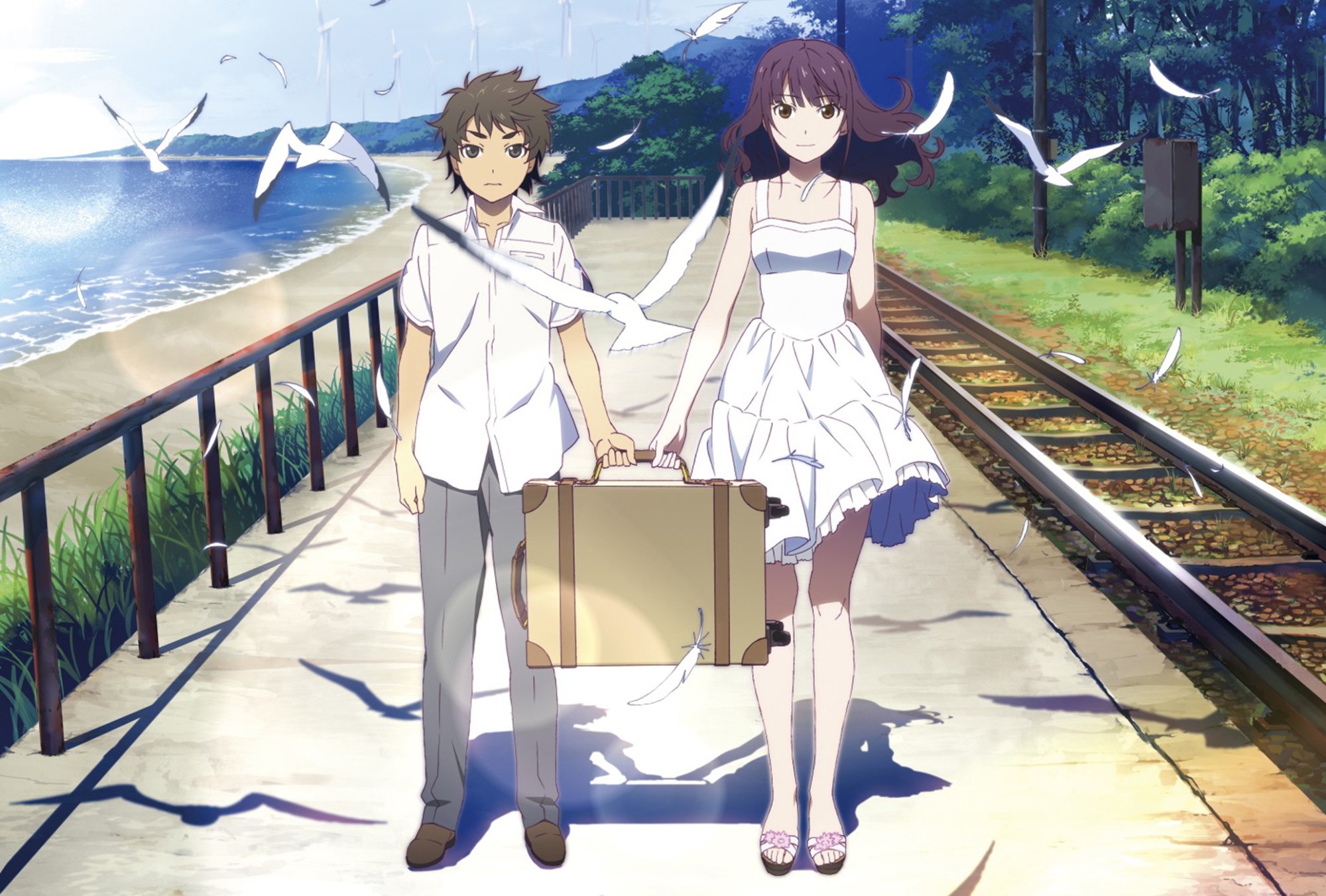 Though it’s based on Shunji Iwai’s low-key, slice-of-life TV-movie of the same name, Akiyuki Shinbo and Nobuyuki Takeuchi’s Fireworks is more attuned to the more bombastic hybridization of time travel and melodramatic teen romance in Your Name. But where the sci-fi elements of Makoto Shinkai’s international blockbuster—particularly the body- and gender-swapping angle—are integral to its exploration of the confusion and awkwardness of adolescent sexuality, Shinbo and Takeuchi’s time-travel device mostly just exists to complicate what is, at heart, a trite and sexist love story.

At the forefront of Fireworks’s narrative is Nazuna (Suzu Hirose), a 14-year-old girl determined to run away from her home in Moshimo with a boy, Norimichi (Masaki Suda), she had barely talked to before the day on which the entirety of the film takes place. We learn of her mother’s (Takako Matsu) decision to move to another town after marrying for the third time, which would force Nazuna to leave her school and friends behind, but the girl’s internal strife never registers beyond a vague sense of disappointment and fear.

The filmmakers’ seeming indifference to the circumstances surrounding Nazuna’s unhappiness is only further exacerbated by the perverse representation of two of the film’s three primary female characters. Along with unsettling close-ups of Nazuna’s backside after she changes into a dress and asks Norimichi if she could pass for 16, there’s an entire scene early in Fireworks that focuses on a contest held by Norimichi and his friends to determine who will sexually harass their busty teacher in class that day.

While Nazuna never blooms into anything beyond a passive, one-dimensional fetish object throughout the film, Norimichi quickly transforms into a full-on hero. As he discovers the secret abilities of a small orb he got from Nazuna, he uses its time-traveling power to play out various “what if” scenarios and contrive a romantic connection with the unsuspecting, troubled young girl. The sequences where the orb reverses time are among Fireworks’s most visually sumptuous, but they’re also needlessly convoluted, straining for a rapturous romanticism that the film’s hollow characterizations simply can’t support. This is in large part because the film absurdly paints Norimichi as a knight in shining armor who repeatedly comes to the aid of the emotionally fragile Nazuma, when really he’s just trying to take advantage of her.

With Norimichi granted this newfound power, Nozuna is left with no agency as she devolves into an unwitting pawn in Norimichi’s godlike game. Fireworks attempts to bring some thematic depth to their flimsy relationship by way of a subplot involving discussions between Norimichi and his friends about whether fireworks appear round or flat depending on where they’re viewed. But this ham-fisted notion on the importance of perspective is merely repeated ad infinitum in the form of the question that gives the film its subtitle: “Should we see it from the side or the bottom?”

While that question is eventually answered, Fireworks does so in such a direct, superficial manner that the intriguing possibilities of the film’s philosophical premise simply fizzle out, without meaningfully connecting to Norimichi and Nazuna’s love story. Though Shinbo and Takeuchi appear to be inviting audiences to examine the multiple perspectives on life that Norimichi’s orb provides him, they seem completely uninterested in the people around the boy, especially the helpless Nazuna. The film’s driving impulse is ultimately neither whimsical nor romantic. Instead, it’s born from an all-too-familiar misogynistic fantasy that’s plagued countless fairy tales—one where the hero controls the fate of his eternally grateful female object of desire.