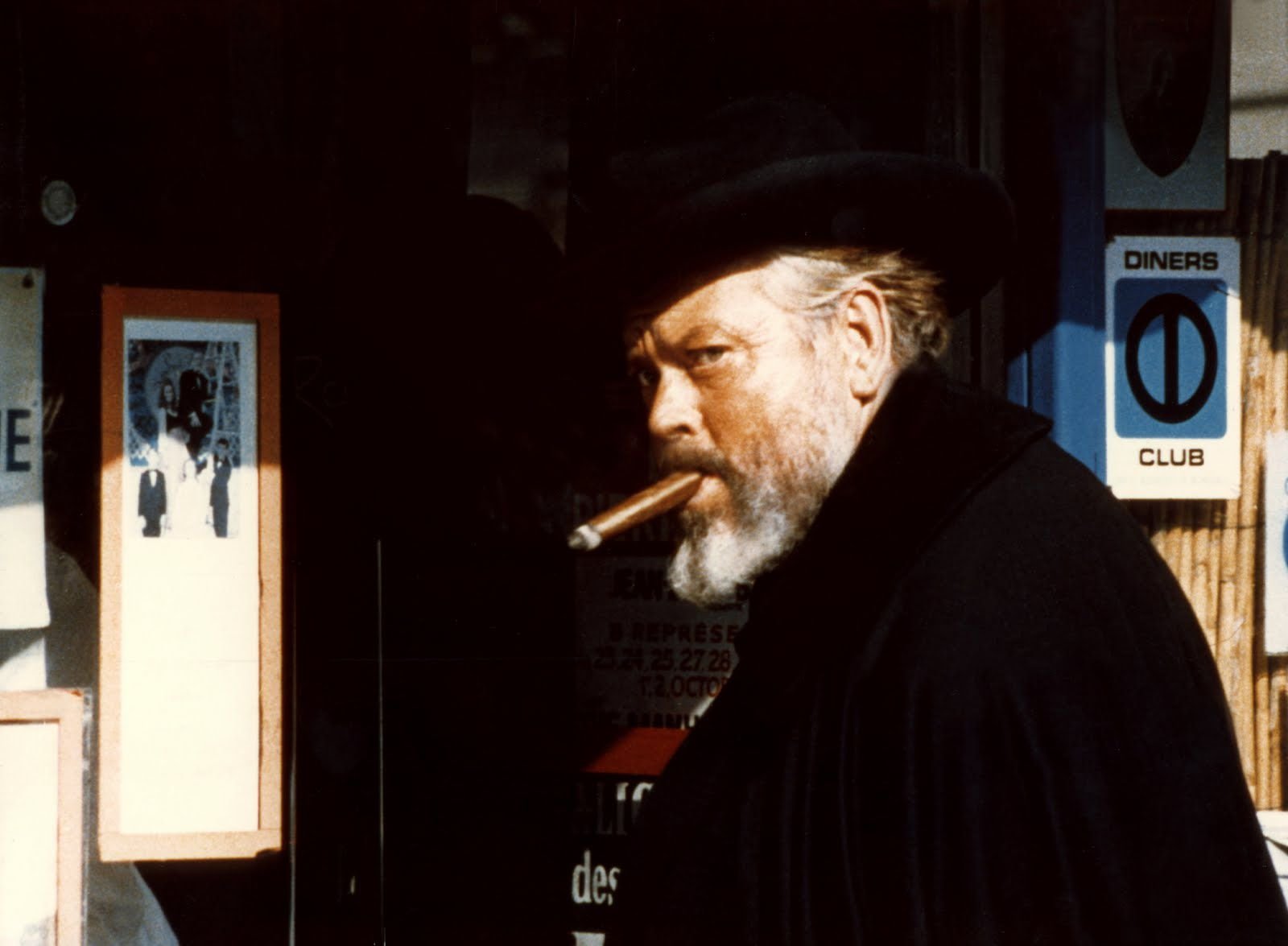 Orson Welles’s obsession with sleight of hand was not only one of the many end results of his love of the theater of magic, its gimmickry and melodrama, but was indicative of a much deeper fascination with the workings of illusion, both in one’s art and one’s life. His films are permeated with deceptions and masks, disappearances and revelations where all seems fleeting and unknowable, the result of desperately trying to organize bits and pieces of half-recovered truths that in the end amount to a fragile collection of myths. It is a terrible loneliness that lingers in Welles’s films, a sense of evening closing in with little having been resolved; as he says with a certain theatrical eloquence in The Fountain of Youth: “The emptiness of one’s own home at midnight can seem like an injury.” Welles seems to hint, though, that it is precisely this inability to make the puzzle work that results in the necessary recognition of the flexibility of reality and experience. Never promising happiness, indeed often expecting pain and a near impossible sadness, Welles’s films grapple with this mystery and take comfort, though sometimes a cold one, in achieving aerial views of their own labyrinths.

This image of Welles as the baroque storyteller is apparent in both his fiction and non-fiction films, although even that distinction would seem a bit misleading as the director’s fiction works are filled with many emotional truths and his non-fiction works—of particular note the fragments of It’s All True, the series of documentary shorts he made for British television in the 1950s, and F for Fake, a portrait of master art forger Elmyr de Hory—are composed, in part, of artfully elaborated and sculpted “facts.” F for Fake is one of the more wistfully humorous of Welles’s wrestlings with reality. Roguishly comic yet profoundly bittersweet and edited in seizures with a deliberate, manic grace, the film represents the most flamboyant of its director’s magical acts, with Welles himself acting on screen as the narrator/conjuror, pulling the curtain back again and again, each time only to reveal another stage and another curtain in a series of dizzyingly self-reflexive meditations on fakery.

How all the more appropriate that the film should deal with “actual” events, with biographical reality, considering Welles’s familiarity with the practice of weaving one’s own life story. As he told Jean Clay in 1962, “If you try to probe, I’ll lie to you. Seventy-five percent of what I say in interviews is false…my work is what enables me to come out of myself…do you know the best service anyone could render to art? Destroy all biographies. Only art can explain the life of a man—and not the contrary.” As an artist so suspicious of biographers and the truth they make a pretense of unearthing, Welles fittingly proceeds to challenge and complicate that most sacred of cinematic cows, the documentary. Sparring no one, least of all himself, the man who once convinced people that Martians had invaded New Jersey suggests that nothing is ever what it seems.

F for Fake is about three hoaxers, Elmyr, the gentlemanly forger and “old emperor of the hoax,” Elmyr’s biographer Clifford Irving, himself later caught in the act of faking a partnership with Howard Hughes to produce the reclusive multi-millionaire’s life story, and Welles himself, the ringmaster. “Everything you will see in the next hour will be true,” he tells the audience near the beginning of the film, and yet the first sequence features Welles performing some sleight-of-hand trickery for children in a railway station, mesmerizing them with his voice as much as with his hands, a classic example of the magician’s art of misdirection. The viewer is pulled into the act and becomes a kind of accomplice, a willing participant dazzled by the show and taken in by the banter. F for Fake is as profound a rumination on spectator involvement in the fabrication of a reality, the great trick of the cinema, as it is on the fakers themselves. The viewer is the willing rube in an elaborate con game and yet it is, at its best, a well intentioned deception from which both the audience and the creator take something away with them, a fragile truce, a bridge however tenuous hovering over an abyss that tells us that the “real” is an impossibility that defies representation.

The attempt, however, even if doomed, is unavoidable, hence the melancholy of so much of Welles’s work, F for Fake included, although the film is far more a celebration of uncertainty than most of its director’s output. From this comedy of errors develops an interrogation of authorship: Hory flaunts his ability to make fools of the so-called experts by “authoring” paintings that hang in museums the world over under more famous names while Irving is caught fabricating the Hughes book—at one point, Irving’s involvement in faking Hughes’s biography causes Welles to ask the viewer if we are then to believe anything that Irving says, even about Elmyr, and is the forger therefore a fraud as well, a “fake faker?” Welles, however, does not excuse himself from such charges.

During one particularly beautiful sequence following Welles as he wanders through parks and country lanes near twilight, the director reflects on his own practiced deceptions. He recalls with bemused nostalgia how at 16 he conned his way into a job at a prestigious Dublin theater, having sold himself as a great American actor, and reminds us of his infamous broadcast of The War of the Worlds that caused a surprising amount of panic in otherwise seemingly stable listeners. “You just have to believe this,” he near whispers to the audience as he chronicles several examples of individual and group hysteria, of how people can convince themselves of anything. Welles continually calls attention to his own authorial presence, using footage from other films and repeatedly cutting back to show himself addressing the audience from within an editing suite. This borrowing and assembling is crucial to the film’s structure, a symbolic “revealing of the con.” Working, in part, with material from a previously existing documentary by Francois Reichenbach on Elmyr, Welles quite literally formalizes this theme by explicitly demonstrating how a film is “authored” in the editing room. By foregrounding his technique, Welles puts his artistry on display and makes a parallel between the painter’s use of color, shadow and line, and the filmmaker’s wielding of the editing blade. By brilliantly embedding and “fleshing out” the themes of forgery and originality in the formal structure of his text, Welles pushes cinematic representation to another level and suggests that there isn’t all that much difference between Elmyr and himself: in For for Fake he is, after all, just a painter using another filmmaker’s paints. This makes him a faker of sorts and yet, he urges us to believe, an essentially honest one.

Unlike Irving, both Welles and Elmyr call their shots, drawing attention to their sleight of hand, and one senses that that is the crucial distinction. Even the fantasy about Oja Kodar, Welles’s partner and a spectral presence throughout the film, and her encounter with Picasso is revealed in the end, much to Welles’s delight, as another trick. While it may be a con, it also provides one final lesson, the last achievement of a conjuring narrative. By subjecting the notion of “truth” to a madcap trial, Welles makes a revelatory statement on cinematic representation. F for Fake stands as an essential film because it is one of the most singularly poignant examinations of the essence of the medium itself, a dream, a document, a lie that is at times capable of becoming more real than reality, host to a wealth of paradoxes and contradictions, much like life. It might seem, though, that the final result of the film is an utter negation of meaning but Welles, the old magician and self-professed charlatan, states his belief in one spiritual fact at least, that art is something larger than any one author.

In one of the film’s most moving and lyrical passages, Welles ruminates on the cathedral of Chartres, a work of art with no signature and yet transcendent, perhaps all the more so because without a name attached to it the structure becomes a kind of universal product of all human endeavor and yearning. And so it may be this one thing, Welles says, “this grand choiring shout of affirmation which we choose, when all our cities are dust, to stand intact…to testify to what we had it in us to accomplish.” The still point at the center of the deconstructing whirlwind of F for Fake, the Chartres sequence suggests that though truth may be a function of discourse, art reflects a truth of a much deeper nature. “We are going to die,” Welles says, and that is perhaps the one inescapable fact. Mortality urges people to create in the face of annihilation and so art is what matters; if we are all charlatans, art is what redeems us. At least that is what Welles urges us to believe in a film that amounts to his cinematic last will and testament. It would perhaps be foolish to argue with him.

Review: Son of the Mask