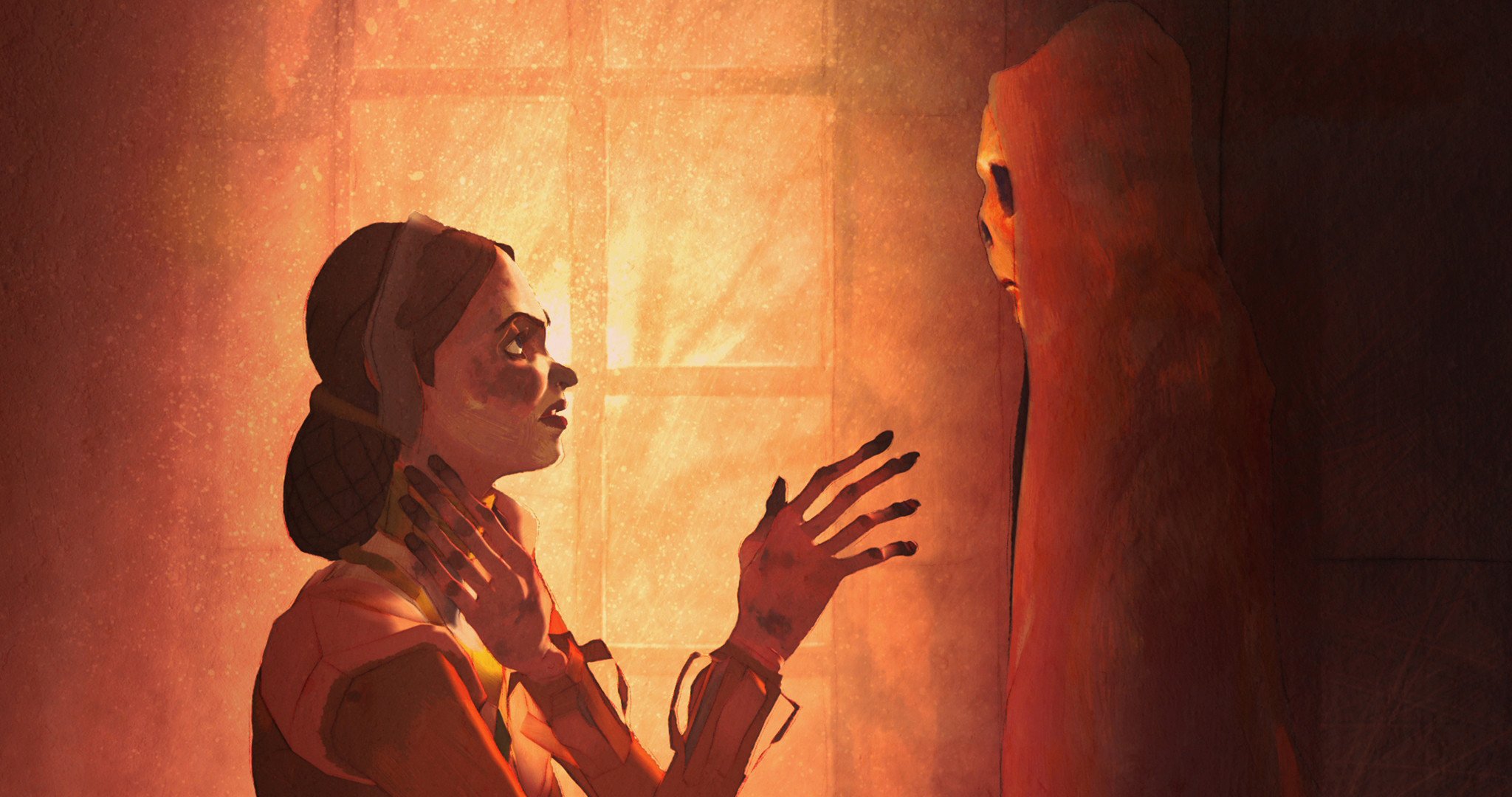 Right in time for Halloween, the unremarkably titled Extraordinary Tales makes it, with a quintet of animated adaptations, its explicit mission to pay homage to Edgar Allen Poe and offer a CliffsNotes encapsulation of his most enduring works for viewers unacquainted with them. An ostensible secondary intention is more implicit: the spotlighting of a certain canon of artists working in Poe’s distinct mode of gothic horror, in hopes that casual viewers might also be turned on to the films of, say, Roger Corman or Bela Lugosi. Extraordinary Tales thus functions to some degree as an act of cultural outreach, which is a welcome mission even as it handicaps the film from attaining much artistic individuality. Whatever gravitas it musters up is attributable largely to the cumulative legacies of the talents tangentially involved, not to mention the undiminished potency of the stories themselves.

Indeed, part of the scholarly skill of Extraordinary Tales is demonstrating the vitality of Poe stories even in brutally compressed form. The accounts depicted here—The Fall of the House of Usher, The Tell-Tale Heart, The Facts in the Case of M Valdemar, The Pit and the Pendulum, and The Masque of Red Death—have been told and retold in various mediums ad infinitum over the decades since Poe’s death, but rarely with such artful truncation. Whereas Corman, for example, spent the length of entire features sculpting the macabre atmosphere and psychological terror inherent in these death-haunted yarns, director Raul Garcia whittles them down to 10-to-15-minute strokes of storytelling shorthand. Clearly shot-listed with considerable care, Garcia’s bite-sized versions hardly waste a moment on anything other than narrative advancement, yet at the same time, the retellings don’t feel overstuffed or deprived of mood.

Early high notes include The Fall of the House of Usher and The Tell-Tale Heart, the former relayed with a flawless campfire tempo by the inimitable Christopher Lee and the latter edited to the off-kilter beat of a crackling Bela Lugosi recording. The Fall of the House of Usher is notable for its extreme narrative economy in downplaying the trickier psychological abnormalities in Poe’s original to focus intensively on Roderick Usher’s consuming grief and his decaying manor as its outgrowth. The more anecdotal The Tell-Tale Heart, on the other hand, is distinguished by its chalky chiaroscuro of anguished faces consumed in shadows. It’s an aesthetic cribbed from Alberto Breccia, another artist with ties to gothic horror, which reinforces the sense of the film as an exercise by Garcia to conjure his various influences. For instance, the look of the subsequent tale, The Facts in the Case of M. Valdemar, evokes that of pre-code horror comics such as Worlds of Fear and Mister Mystery in its emboldened black lines, faintly desaturated colors, and aging paper texture.

Bringing things to a thaw are The Pit and Pendulum, dully narrated by Guillermo del Toro and looking like a realist video game from a decade ago, and The Masque of Red Death, told almost dialogue-free while trafficking in overly familiar masquerade-ball imagery. In such instances, the segmented nature of Extraordinary Tales exposes its limitations. Shackled with the challenge of creating a coherent thread among such disparate aesthetics and narratives, Garcia settles on a lackluster framing story involving a graveyard conversation between Poe, anthropomorphized as a black crow and ruminating on the relative value of his life and work, and Death, witnessed as various crumbling sculptures beckoning the author forth into the void. (Arbitrarily, the scenes are bathed in aquatic greens and purples and etched with curlicue flourishes, making the setting feel more appropriately suited to Lilo and Stitch.) In the end, Poe and Death reach an admirable compromise: The latter takes its prey, while the former gets to live on in a tombstone. In any case, though, Garcia intends Extraordinary Tales to be the real memorial.