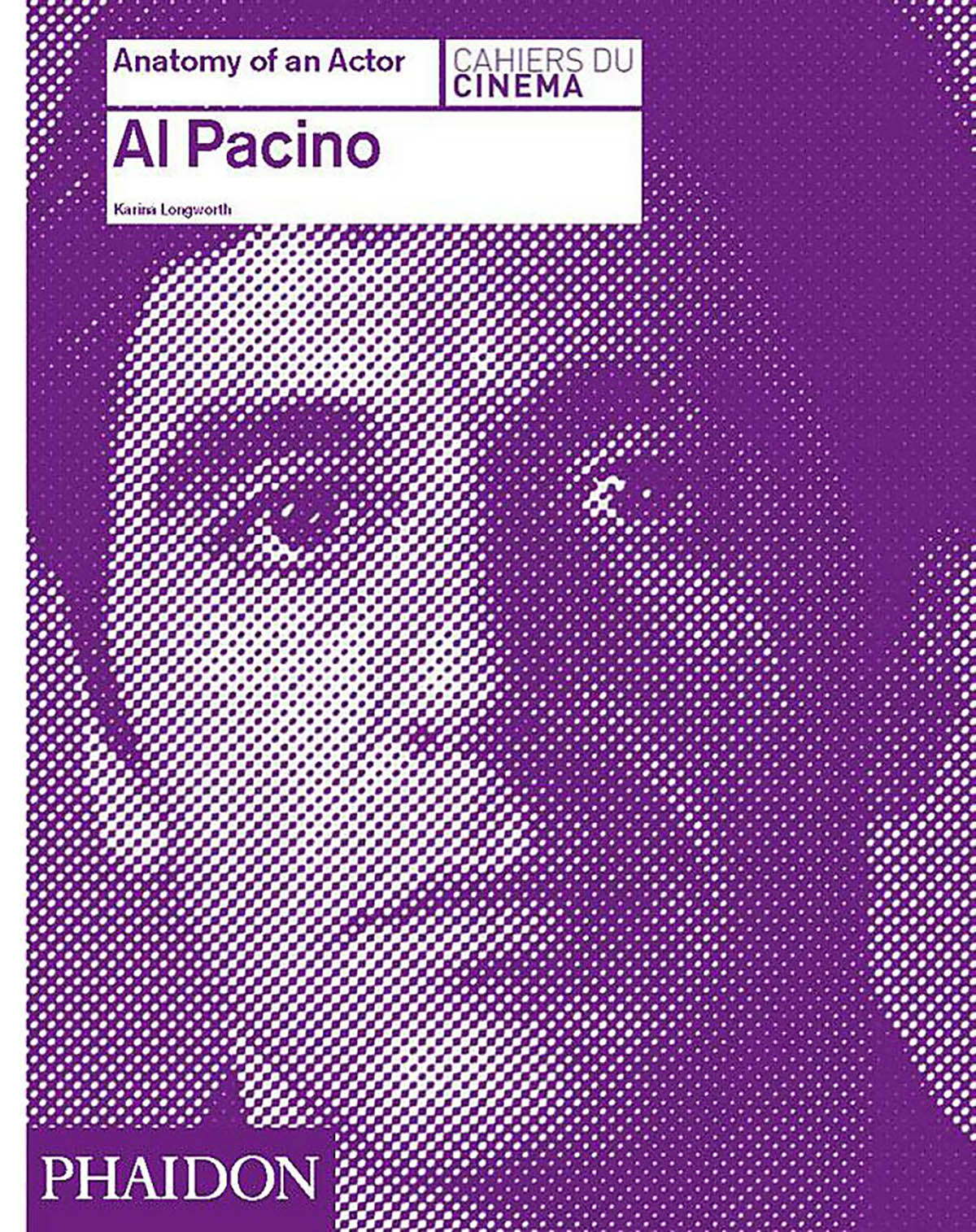 I approached film critic Karina Longworth’s recent book, Al Pacino: Anatomy of an Actor, with a special mixture of anticipation and dread, as the film and theater icon has the distinction of being my first favorite actor. I caught his performances in Dog Day Afternoon and Scarface for the first time on the same random fateful summer night sometime in the third grade, and was subsequently awakened to the notion of acting as a unique and personal art, rather than merely a method of supporting a director’s intentions—whose art form I had discovered the year before. Throughout the years, Pacino has remained one of my favorite actors, and I’ve found that he’s often been misunderstood and underrated by critics eager to plug him into a conveniently tidy rise-and-fall narrative that doesn’t really fit.

Pacino fans needn’t worry, as Longworth is pointedly disinterested in routinely celebrating Pacino’s greatest hits while mourning the disappearance of the actor once capable of such finely calibrated internal tour de forces as his performances throughout the Godfather trilogy. Longworth’s greatest contribution to our perception of Pacino is simple yet important to our larger efforts to decipher the eternal push and pull between art and commerce: She understands that the actor, like most any other culturally prominent artist of any form, didn’t simply, unambiguously alternate between personal and paycheck films, as there’s inevitable overlap between the two enterprises, as well as countless other mitigating circumstances that are not entirely knowable. It would be easy, for instance, to read Pacino’s performance as a heightened version of himself in Jack and Jill as an all-too-common example of a once-great actor embarrassing himself out of a misguided need to maintain relevancy, but Longworth convincingly establishes the otherwise awful Adam Sandler vehicle as a profoundly revealing beat in a fascinating career:

“Jack and Jill may not be a great film—it may not even be a good film—but while Pacino’s role within it is certainly ‘relentlessly weird,’ to call it ‘ill-considered’ is to diminish Pacino’s abundantly evident self-knowledge and to ignore his pattern of proving to be the auteur, the guiding creative force, of his own career. Pacino’s ‘Al Pacino’ is nothing if not a direct and public attempt on the part of the actor to confront his image—as a representative of serious acting, as a symbol of the honesty and integrity of 1970s New Hollywood in contrast with the corporate cynicism of the current industry and as a somewhat eccentric star—and the baggage that persona brings to the acting process.”

The intelligence and originality of that passage are immediately apparent, but this writing is most striking for its quiet, unguarded empathy—a word that accurately describes this entire remarkable book. Longworth’s writing is so beautifully pared and unfussy that it would be easy to take what she’s done for granted, but the author ably walks a tricky tightrope of portraying Pacino as a living, breathing, fallible human being while simultaneously rationalizing the details of his profession while also acknowledging that the mysteries of both aren’t entirely resolvable. In short, Longworth reminds critics that erudition and humanity are not mutually exclusive properties.

As with the other entries in the Anatomy of an Actor series, the book is structured around 10 performances of the author’s choosing that are intended to best reveal the distinctions of the subject’s methods. Longworth opens with Godfather trilogy and closes with Jack and Jill, mixing a variety of expected classics with more eccentric choices along the way. The author discusses Serpico, Dog Day Afternoon, and Heat with graceful authority, but she’s at her best when seeking to legitimize Pacino titles of ill repute, such as Jack and Jill or …And Justice for All:

“But Jewison doesn’t seem to be suggesting that Pacino’s grand-standing is a ‘serious solution.’ Nor, for that matter, does the film’s comedy offer the escapist pleasures usually associated with cinematic laughs. …And Justice for All is undeniably schizophrenic—but schizophrenia is, in a way, the subject of the movie. The larger-than-life elements make perfect sense within the logic of the film, because the point is that the legal machine is so toxic that it eventually makes everyone trapped in it functionally insane.”

Longworth’s openness to the less-respected titles in the Pacino canon allows her to fashion a coherent biography of the actor’s work that’s more ambitious and exciting than the lazy method of evaluating performances by their “subtlety” or “bigness.” The author refreshingly understands that most Pacino performances are big in some way, and that it’s more precise and revealing to evaluate his art in reference to what she calls a “crescendo and its comedown—an internal, emotional rise and fall that the actor conveys to the audience through body language and vocal cadences.” Inevitably, there are films I wish Longworth hadn’t omitted, particularly Carlito’s Way, which strikes me as a key work, but her use of the contained 10-film structure still legitimately re-contextualizes the professional life of a remarkable actor who has often revealed personal elements in roles that have been sadly discounted as signs of his grandiose egocentricity. Al Pacino: Anatomy of an Actor is an astute and lively work of Gen-Y criticism.