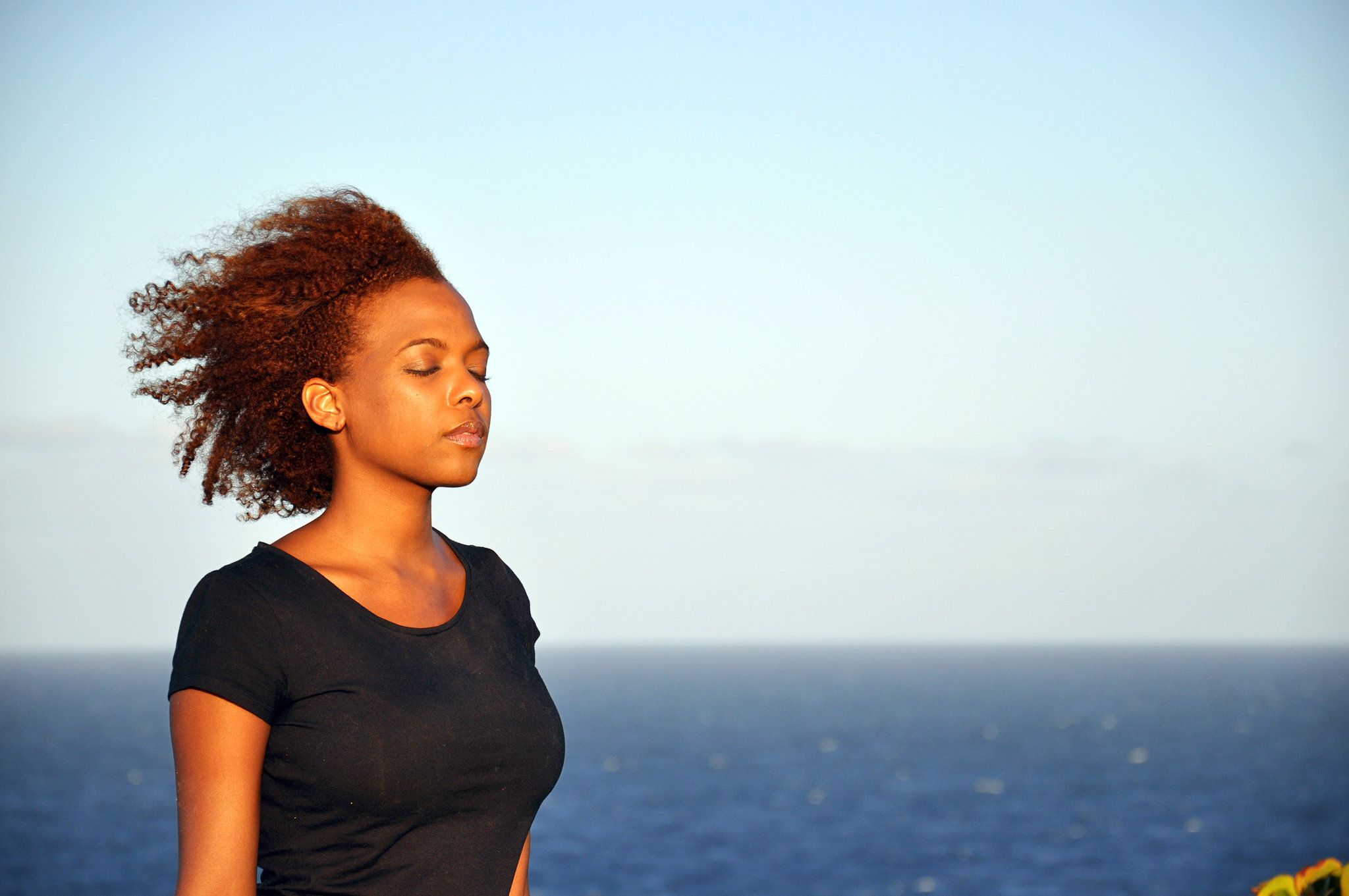 The tagline for Mariette Monpierre’s Elza is “When a dream becomes an obsession.” But what happens when that obsession becomes a complication? And that complication becomes lost in a plot that’s as intriguing as it is frustratingly underdeveloped? Elza (Stana Roumillac) is an attractive grad school student who leaves her life in Paris for her native home on the Caribbean island of Guadeloupe, where she dreams of finding the father who abandoned her when she was a girl. Through a bit of snooping she learns that he’s a shrewd, philandering businessman, Mr. Désiré (Vincent Bryd Le Sage), who lives in a mansion with his white wife, adult daughter, son-in-law, and granddaughter, Caroline (Eva Constant). Elza, too afraid to reveal that she’s actually one of Désiré’s many illegitimate children, indoctrinates herself into the family’s lives with a big white lie: When she’s caught spying outside her father’s home by his wife and inadvertently mistaken for the full-time nanny hired to look after five-year-old Caroline, she doesn’t correct the mix-up.

Elza capitalizes on a vibrant tropical location and a cast of capable, mostly first-time actors, but the narrative is often inconsistent, making disconcerting leaps from the poignant to the distractingly soap-operatic. The seedy son-in-law sexually assaults Elza on several occasions, only for the pair to bond and have playful, heartfelt chats in later scenes. In their chats, there aren’t references, even obliquely, to the abuse. Such instances of contradiction occur throughout the film with several of the characters Elza interacts with, eliciting the odd sensation that two entirely different movies are playing at once.

The film also drags, partly because Elza’s actions lack a sense of purpose; we know she’s “obsessed” with her father, but she never has meaningful interactions with him, even under the guise of a nanny. When she finally does confront him, he coldly says, “With your kinky hair, you couldn’t be my daughter.” It’s a key moment, the emergence of an underlying theme that unfortunately drowns for much of the film in a sea of subplots. On one level, Elza is an entertaining, if predictable, melodrama about an abandoned child seeking the validation of a father. But on another, far more dynamic level, it confronts the racial prejudices in Guadeloupe and in most colonized nations, prejudices that often hinge on light skin versus dark skin, “bad” hair versus “good” hair.

It’s the unpleasant complication of Elza’s dream that, ultimately, makes the movie worth watching. But as fascinating as some of the deeper racial issues of the story are, the final moments of the film unfortunately don’t deal with the issues in a real way. Monpierre, who says she loosely based the story on her own personal search for her estranged father, one that didn’t end well for her, seems less concerned with tackling the implications of Mr. Désiré’s prejudices, and more concerned with giving her heroine a predictably happy ending. Elza and her father speak only a handful of words to each other before all is well again. The final resolution comes too quickly, is wrapped up too neatly, and doesn’t feel earned based on everything that’s come before it. Still, though the movie barely scratches the surface of its much more themes of colorism, that it acknowledges the issue at all is refreshing.