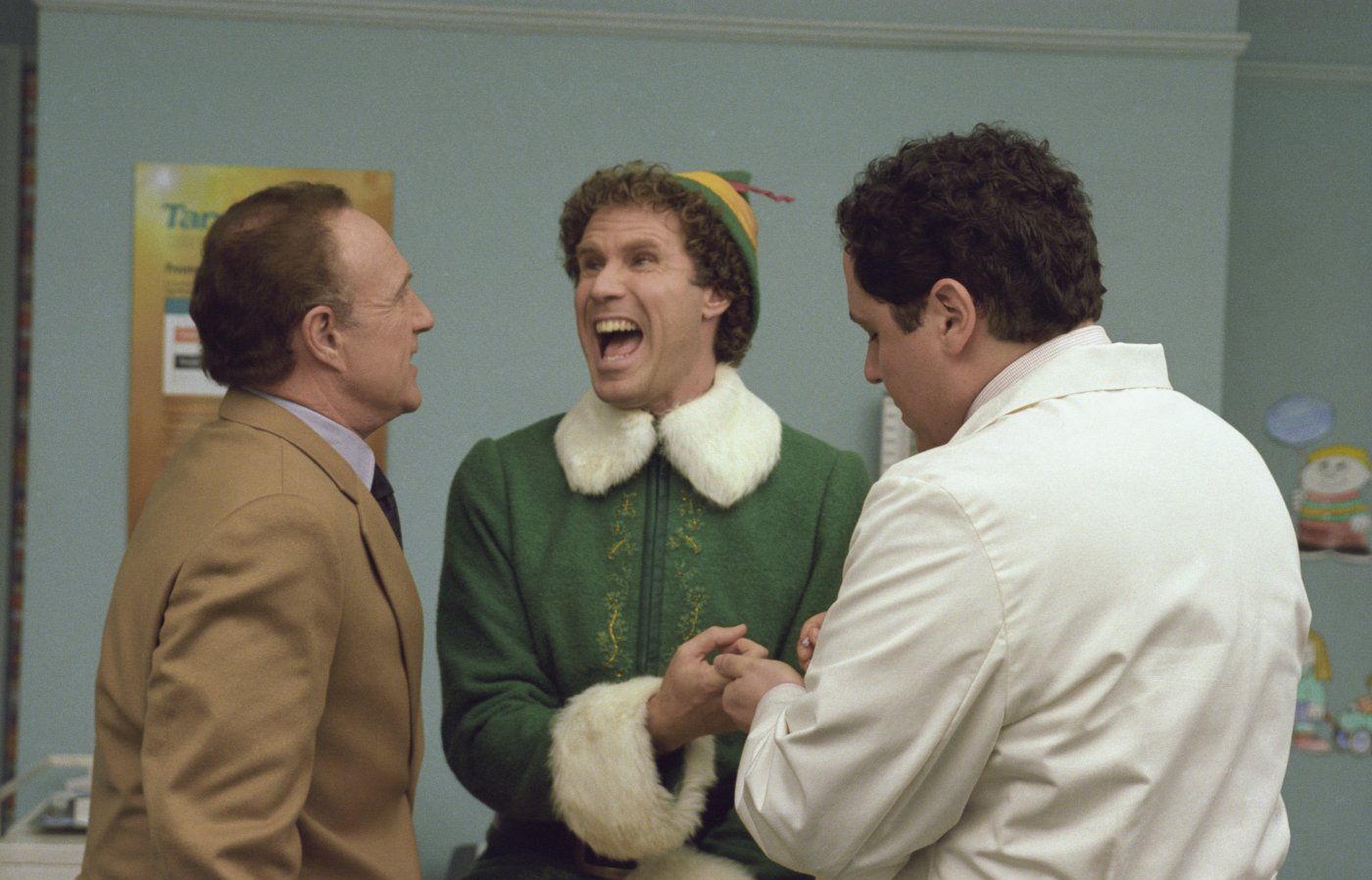 John Favreau’s Elf tells the story of an orphaned tot who accidentally crawls into Santa’s gift bag and ends up at the North Pole. It’s there that he’s raised by Papa Elf (Bob Newhart) and discovers way past his adolescent prime that a crusty children’s book publisher, Walter (James Caan), is his real father. The story begins promisingly enough. The film’s North Pole consists of frosty outsized interiors surrounded by a CGI wonderland inhabited by wind-up toy animals. The look of this world takes its cue from Candy Land to any number of stop-motion Christmas specials from Santa Claus is Coming to Town to Rudolph the Red Nosed Reindeer. But because Favreau so quickly rushes the overgrown Buddy (Will Ferrell) through the film’s North Pole sequence, the utter strangeness of the locale’s aesthetic remains largely untapped. The story is so underwritten, and the pacing so uneven, it seems as if you’re watching a condensed version of the original product. Once Buddy arrives in New York City, the rest telegraphs itself. If you can’t figure out that Buddy’s autobiography will save his father’s career the second the scrooge is threatened with a pink slip, then you’re a stranger to all things Christmas, from Dickens to The Santa Clause. The film’s unwatchable final minutes evoke A Christmas Carol in Central Park, but with guest appearances by NY1 and Tolkein’s Black Riders. It shouldn’t come as a surprise, though, that Ferrell’s insane performance almost saves the show. When Buddy arrives in New York, Ferrell is allowed free rein over the production (not to mention elevators and escalators). In one of the film’s funnier bits, the actor’s naïve stranger-in-a-strange-land shtick targets a diner’s proclamation that they’re selling the world’s best cup of java. Ferrell’s knack for physical comedy is surpassed only by the blank-faced means by which he repeatedly calls attention to the obvious (listen for the second punchline to the film’s brilliant, gut-busting burping gag). Tragically, all is lost once Santa comes to New York and Ferrell almost completely disappears into the background.