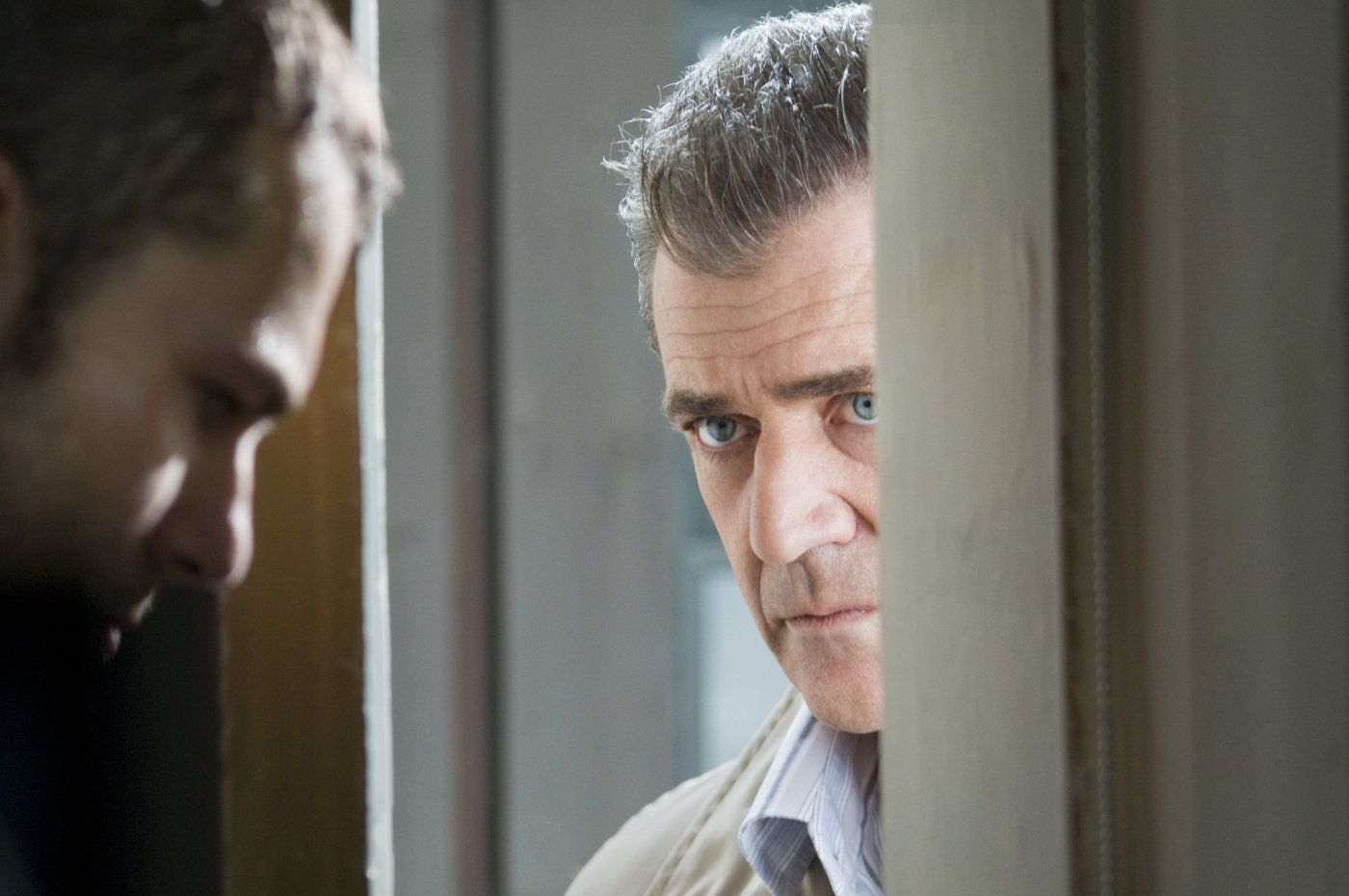 A shot near the beginning of Edge of Darkness that defiantly fixes on Mel Gibson’s balding pate from behind is the only evidence of the volatile actor-director’s famous penchant for cinematic self-flagellation in this, his first starring role in eight years. This time it’s the audience that suffers, as it endures a tonally stilted procedural with an inappropriately impassive air, given the hero’s quest to avenge a beloved daughter shotgunned to pieces in his presence. Director Martin Campbell, having earned a pet project green light with his franchise-revitalizing Casino Royale, leaves his action toolbox mostly unopened as he presides over a talky, sluggish updating of his own mid-‘80s BBC miniseries pitting a lone detective against corrupt Thatcherite pols and nuclear industry minions protecting Blighty’s shameful state secrets. The transfer to a featureless, present-day Boston works none of the magic it did for writer William Monahan’s The Departed, given the absence of colorful locals like Alec Baldwin’s crotch-grabbing hedonist, as well as the aggressive whittling of a formerly big-canvas drama to one with a handful of principals and the failure to exploit a ready-made Irish-Catholic guilt motif.

Gibson’s loner cop, sporting a hangdog countenance throughout that suggests the actor’s awareness of his probationary screen status, has barely greeted his arriving adult daughter (Bojana Novakovic) at the outset before she’s making ominous asides about her work at a nuclear waste facility, vomiting into her food, and being blasted back through the front door by a drive-by shooter. Utilizing her left-behind belongings (a gun, a work ID, a Geiger counter) as clues, he adopts the film’s going-nowhere-quickly pacing and begins visiting her associates, including a squirrely boyfriend (Shawn Roberts) who laughably starts a knife fight at first sight before recanting that impoliteness and introducing himself as a frightened eco-warrior with info to share about the hilltop waste facility run by Danny Huston, a diabolical gargoyle who lip-smackingly queries the visiting detective on what it “felt like” to lose a daughter. Huston’s initial plan to silence his pursuer is crimped by his chosen marble-mouthed hitman-philosopher (Ray Winstone), whose conveniently timed midlife crisis inclines him to vacillate, only dropping in on Gibson at odd hours to pose quandaries and engage in boozy commiseration about the stinking system. It’s as if they hired Christopher Hitchens to rub someone out.

Edge of Darkness’s litany of poor choices ranges from the big-picture, such as its identification of the series’s eco-consciousness undercurrent as chaff, to character mistakes like saddling Gibson with creeping radiation sickness throughout, making him more of a downer and precluding the possibility of a welcome transformation from Sad Mel to Mad Mel during encounters with one-dimensional baddies practically begging to be Stooge-slapped. Instead, they’re routinely treated to an impersonal wave of his pistol, though his dispatching of a hitter barreling toward him in a car—the film’s only true action set piece—could fairly be described as a raucous moment. A convincingly paranoid young woman who appears just before that scene divulges her secrets and annoyingly departs instead of sticking around to angle for surrogate-daughter status, handing her screen time off to a slick senator with faux-relevant threats to impart about the government’s power to brand inconvenient citizens as terrorists. Though his presence honors the series’s corruption-at-highest-levels progression, its wholly fantastical elements are abandoned, the least of them being the continuous, helpful presence of the deceased daughter in ghost-form (replaced here by milky daydreams of her as a precocious toddler) and the most notable being a late swerve into eco-sci-fi. The cobbled-together cop drama leftovers are neither edgy, nor dark.

Noir City #2: “Thanks for the haircut, Delilah”