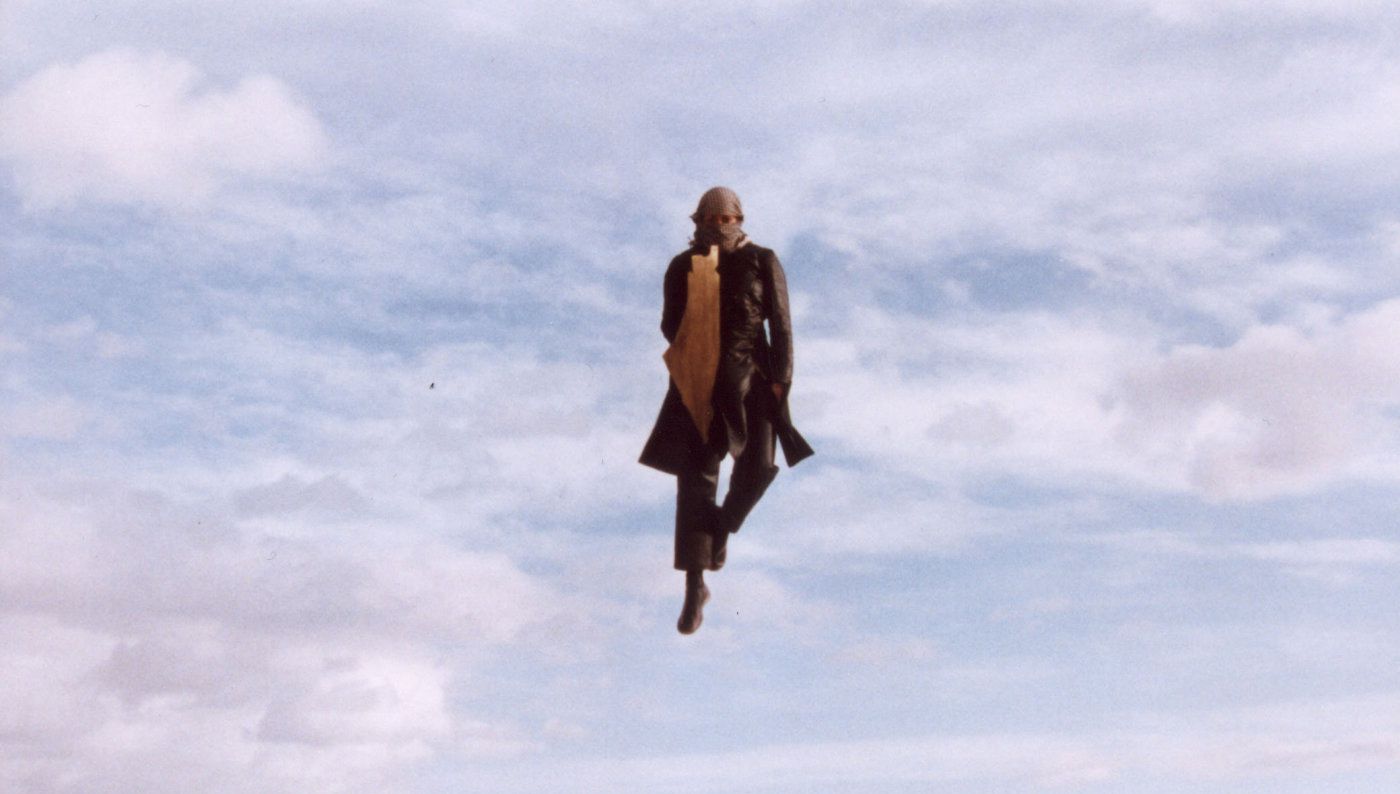 Here’s something for Dubya to cozy up to between screenings of The Patriot and bombing Iraq. Though Elia Suleiman sides with Palestine, Divine Intervention’s sketch comedy structure is less an evocation of Israeli aggression than it is a startling acknowledgement of a society’s chilling acclimation to day-to-day terror. During the film’s bizarre opener, Santa Claus gets stabbed in the chest by a group of children sick of him bringing his commerce to their Nazareth ghetto. E.S. (Suleiman) and his nameless girlfriend (Manal Khader) take in the strange happenings at Checkpoint Al Ram, exploiting the malicious border guards with a sexy saunter and a red balloon with Yasser Arafat’s face printed on it. Suleiman’s remarkable use of off-screen space seemingly evokes the Middle East’s two-sided dilemma and confronts the spectator’s political bias. E.S. throws a peach pit out his car window, hitting an Israeli tank that subsequently explodes into a million pieces. In the film’s most delirious scenario, Israeli soldiers perform a choreographed dance routine as they shoot their mock-Palestinian target: the poster of a woman whose physical incarnation defies their bullets by way of, well, divine intervention. The whole of the film has been seamlessly pieced together from similar vignettes. Perhaps more incredible than the film’s daring structure is the smoothness of the execution—like sharp, many-ridged blade. Don’t be fooled by the film’s deadpan elegance: Divine Interventionis very clear about the conflict in the Middle East being one big farce.