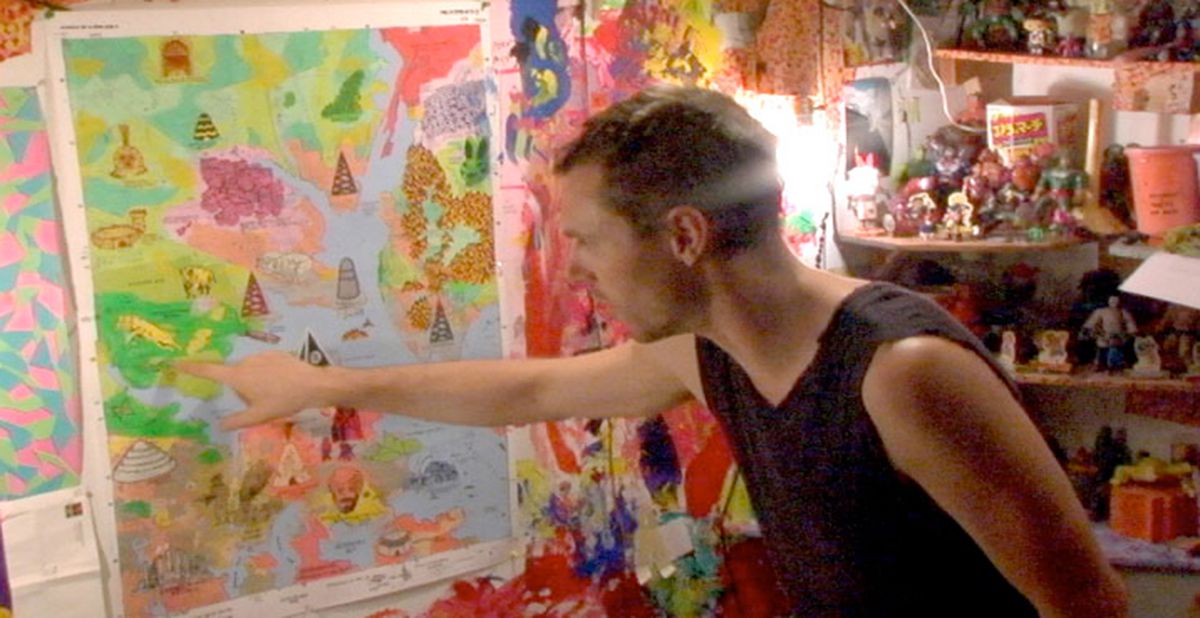 Director Eileen Yaghoobian’s DIY doc Died Young, Stayed Pretty, about an art and culture often overlooked and mostly unheard of, provides a rare glimpse into the minds of the people behind concert posters. These often provoking, playful images aligned to a band’s name are utilized as promotional tools during tours and stand as a true underground art form; predictably, though, this career track isn’t lucrative, with poster art going largely unheralded, bound for rubbish bins—rather than museum walls—after a concert ends. However, the small, disparate group of challenging flyer and poster makers (including Art Chartney, Tom Hazelmyer, Brian Chippendale, and others) keep at it, simply for the sheer joy and outlet of creative, unrestricted freedom provided by their clients, who span the elite indie-rock spectrum from Sonic Youth to Broken Social Scene. Plus, they get into shows for free.

Pegged as somewhat awkwardly hip, recluse descendants of Robert Crumb, these art makers have a difficult time describing how their art should be perceived: Chartney, for example, he makes “cultural artifacts.” The purpose and necessity of the work is also consistently put into question, when the music acts usually sell out a show even before the posters are displayed. But, clearly, in the opening moments of Died Young, Yaghoobian drives home the idea that these post-punk artists can’t do anything else, as a voiceover from one of the printmakers astutely points out, “A spider web is a remarkable thing, but a spider makes a spider web because that’s what he knows how to do. As an artist, I make what I make because that’s what I know how to do.”

From an outsider’s perspective, Died Young is thorough, diving into minor, specific details like the silkscreen process used by many of the artists. However, the film skims the surface of its widespread, eccentric characters, hardly ever transcending the limitations of the talking-heads doc and squarely employing light, thin brush strokes to tell the story of artists who were in this particular scene early this decade—forgoing any real sense of the individual within the larger context of the movement. In her directorial debut, Yaghoobian patches together an adequate portrait of the rock poster movement, but she rarely grabs the attention of those who “really just had to be there.”