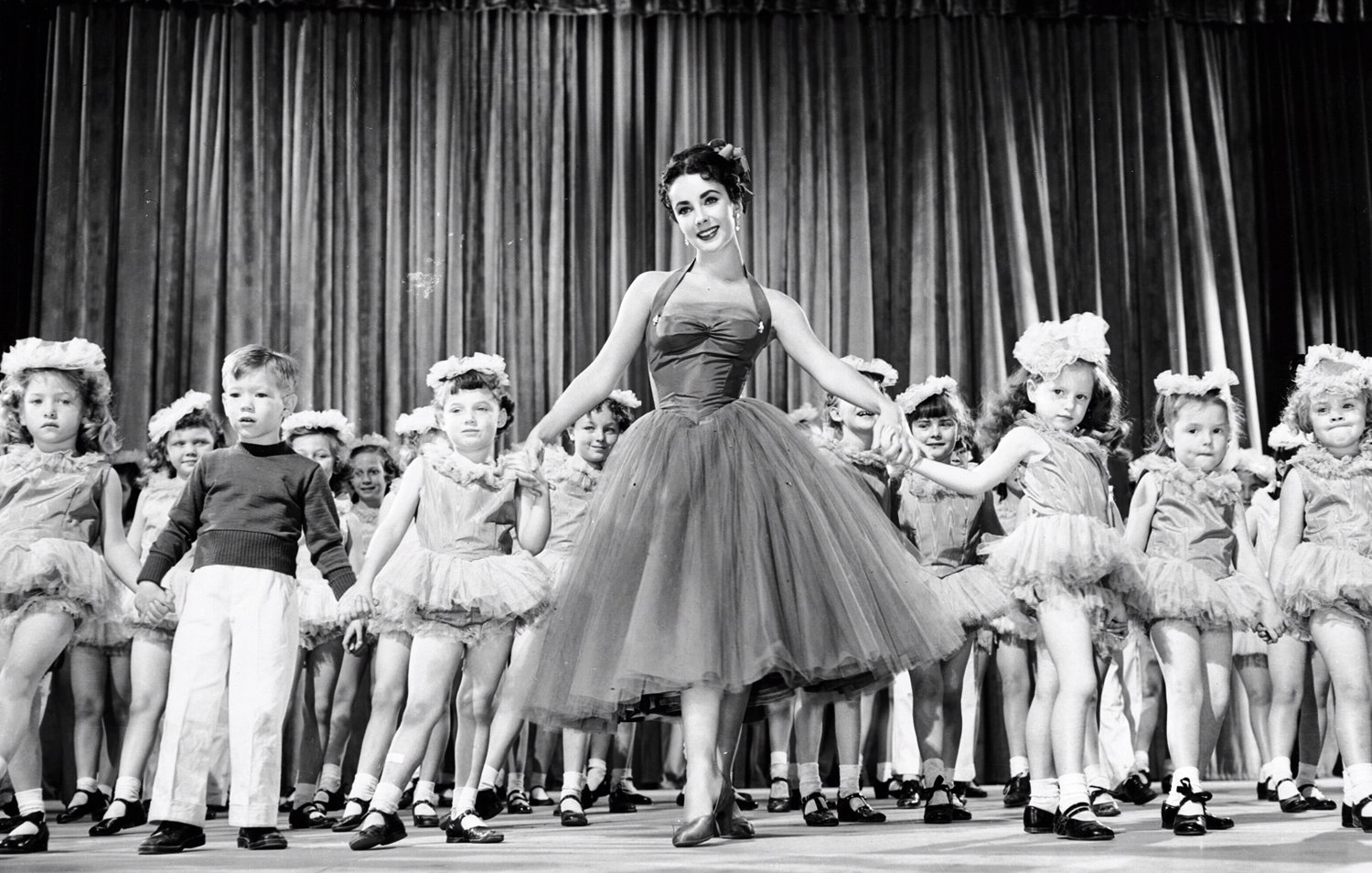 One important name missing from the plethora of tributes to Elizabeth Taylor was MGM’s leading costume designer of the 1950s, Helen Rose, who was largely responsible for intensifying Taylor’s distractingly sensual image at the height of her fame.

Rose’s designs placed a strong emphasis on the silhouette. They were elegant and understated, yet innovative, looking natural in spite of their theatrical nature. “Simple and dramatic” is how Rose described her dresses for Taylor. “If you have a magnificent jewel, you put it in a simple setting—you don’t distract from it with a lot of detail.”

This was the dictum which Rose followed when designing for Taylor, including the white chiffon dress with the deep V-neckline in Cat on a Hot Tin Roof. “When a Bust Inspector appeared, he took one look at me and called for a stepladder,” Taylor quipped. “He climbed up, peered down, and announced that I needed a higher-cut dress, too much breast was exposed.” To satisfy the “Bust Inspector,” Rose pinned a brooch on the bodice. But as soon as the man left, the brooch was removed and the legendary cleavage was bared.

The studio originally bought the property for Grace Kelly, but by the time the shooting began, she had become the Princess of Monaco, in a wedding dress designed by Rose. It’s hard to imagine the ladylike Kelly wearing the revealing clinging lace negligee that Taylor fills so seductively as Maggie the Cat. Given the time that it was made, the film played down the overt homosexuality of Tennessee Williams’s play, so that there was no doubt that Paul Newman’s Brick would finally forget his dead friend Skipper, and enjoy connubial bliss in the bedroom.

For the ravishing, wasp-waisted 22-year-old Taylor in The Last Time I Saw Paris, Rose designed a two-piece purple coat/dress ensemble, a black one- shoulder evening gown, and a sensational sophisticated red dress, each creation standing out like numbers in a musical. Taylor often asked Rose to make copies of movie dresses for her personal wardrobe. It is doubtful whether any star would have worn a gown in normal life by Adrian, Rose’s predecessor at MGM. His kitsch creations belonged on a soundstage. Young suburbanite women could aspire to wearing a similar dress to those designed by Rose for Taylor, Grace Kelly, Ava Gardner, and Cyd Charisse.

It was Rose who designed two wedding dresses for Taylor: the $1500 satin gown, with a 3/4 length veil with pearls combined with a pearl tiara, for her wedding to Nicky Hilton, and the other, even more spectacularly, for her fictional marriage in Father of the Bride: white satin, a sweetheart neckline covered with a chiffon overlay, and a bouquet of white orchids. It was extensively copied by New York fashion designers, and spawned a craze for lace gowns among middle-class brides.

It is not fanciful to speculate that our appreciation of Taylor would be severely diminished without Rose. Elizabeth Taylor was fortunate to be in her sublime prime during the height of the Hollywood studio system and especially at MGM at the time of image-makers like Helen Rose.