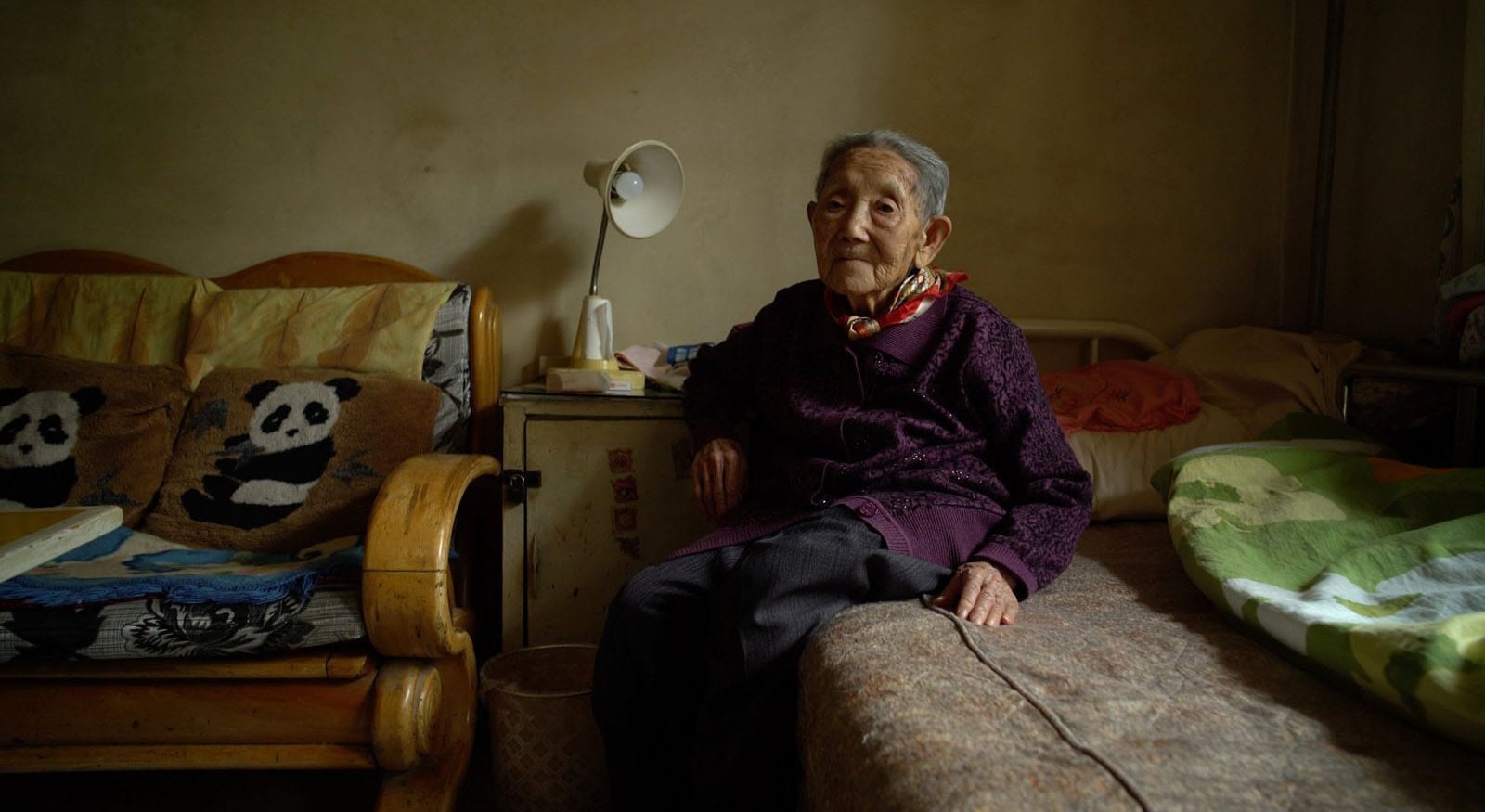 For filmmaker Wang Bing, duration and comprehensiveness serve as means toward the creation of definitive documents on aspects of Chinese history and culture that have gone largely undocumented, in film or otherwise. Across the nine-plus hours of his extraordinary 2002 debut, West of the Tracks, he offered a sprawling eulogy to the state-owned factory, known as the danwei, a major institution brought to near-extinction by the Chinese reform era’s shift to a market economy and the rise of privately owned industry.

The first of West of the Tracks’s three distinct parts, “Rust,” trains early DV cameras on the interior spaces of the danwei: the massive columns of rusted-out machinery, rotted ceilings, and dilapidated office spaces, some of which were still populated by workers. These spaces take on an even more distressed and degraded character through Wang’s unforgiving DV image, given its digital artifacts and method of color correction, and which is often subsumed by blown-out swaths of poorly light-metered sunlight.

Intentionally or not, this synthesized aesthetic arrives at a rarefied model of formal and sociological expressionism, one that Wang has perhaps struggled to recapture (or maybe hasn’t even tried) in the many films he’s made since. But that changes with the 495-minute Dead Souls, which recalls West of the Tracks in the scope and scale of its ambitions. Wang’s subject, again, is an era in Chinese cultural history that’s in danger of being lost to memory: the one-party state’s Anti-Rightist Campaign, and the countless atrocities committed in the name of “eliminating bad elements.” The party capitalized on the climate of sanctioned criticism it created during 1956’s Hundred Flowers Movement by reversing its stance a year later, and condemning those who had voiced anything resembling dissent. These “traitors” were forced to leave their homes and live in “re-education” labor camps—which experienced the worst of the great Chinese famine, and resulted in the deaths of thousands.

Focusing on the Jiabiangou and Mingshui camps, both of which were located in the Gobi Desert, Dead Souls represents an exhaustive aural history, told by the dwindling number of survivors of these camps. (And as on-screen text informs us, many of these survivors died after Wang started filming them in 2005.) These interviews often clock in at feature length, with only a handful of cuts, but they attain a breadth of detail and textured experience that may not exist anywhere else in cinema. Even in Claude Lanzmann’s Shoah, a film that Wang’s epic of historical atrocity inevitably summons comparison to, the presence of the edit in interviews leaves a markedly different impression.

A better point of comparison is to Wang’s own 2007 film Fengming: A Chinese Memoir, which covers a slightly broader period of history—the documentary begins with the Chinese communist party coming to power in 1949—but acts as a kind of sister film to Dead Souls; its three-hour duration is spent almost entirely on an interview with the titular elderly woman, during which she recounts in great detail her life-long experience in Maoist China. Wang also seems to reference his 2017 film Mrs. Fang, an intimate portrait of a woman in hospice, with one tightly held close-up of a dying man’s face.

Most of Dead Souls’s duration is taken up by interviews, but a few passages depart from this form and give the documentary a broader sense of structure. Twice Wang visits the landscape of the Gobi Desert, stalking around human remains with his camera (shots that are actually lifted from his 2014 short Traces), while a handful of scenes take the opportunity to explore in and around the survivors’ homes. These passages, through their method of observing and considering reformed space in post-socialist China, continue a project that Wang began with West of the Tracks, and that he’s returned to and developed in films like 2013’s ’Til Madness Do Us Part.

Some of the other strategies in Dead Souls register as largely new developments in Wang’s cinema, and afford a certain kind of variation and progression even within the repetitive medium-close-up shots that the director tends to favor for his interviews. The first of these interview sequences largely focuses the frame on an elderly Jiabiangou survivor, but it also tracks the presence of the man’s wife, who shuffles in and out of view, occasionally challenging her husband’s memories, and giving some account of her own efforts to keep him alive by delivering food and blankets to the camp.

Dead Souls periodically homes in on such women, dedicating one shot to a wife who retreats to her kitchen for a snack while her husband continues to tell his story to a camera in the other room, with Wang allowing the sound of various female family members gathered around the periphery of another scene to nearly drown out an interviewee’s voice. And this approach comes to a head in the film’s final interview with a woman who lost two husbands to the calamitous impact of state policies—the first perishing in the Mengshui re-education camp, the second just after the Cultural Revolution.

Wang also uses a crucial early sequence of a traditional funeral procession being held for a camp survivor—during which the recently deceased man’s son delivers a moving speech detailing his father’s life, and expresses his pain through fitful sobbing and by physically throwing himself on the grave—to frame Dead Souls in the context of a “lament,” an expression of sorrow as performative ceremony. The filmmaker’s extended, uncompromised interviews allow his subjects an outlet for mourning that itself becomes a form of exhibitionism, and a rebuke of the state’s continued unwillingness to address and process the tragedy of the Anti-Rightist campaign.

This is one reason why the film’s forbidding duration is so vital. Wang’s activist art cinema compensates for its admitted lack of accessibility and plays a longer game: The exhaustive collection of testimonies in Dead Souls immortalizes these stories, and the lives contained within them, ensuring a preservation of individual memory and a cumulative record of history. The anguish expressed, and experiences, described by the survivors certainly can overlap with each other, and even become repetitive, but it’s ultimately this unification of perspective that gives Dead Souls its authority—and that allows it to become an incisive reappropriation of collectivist solidarity.