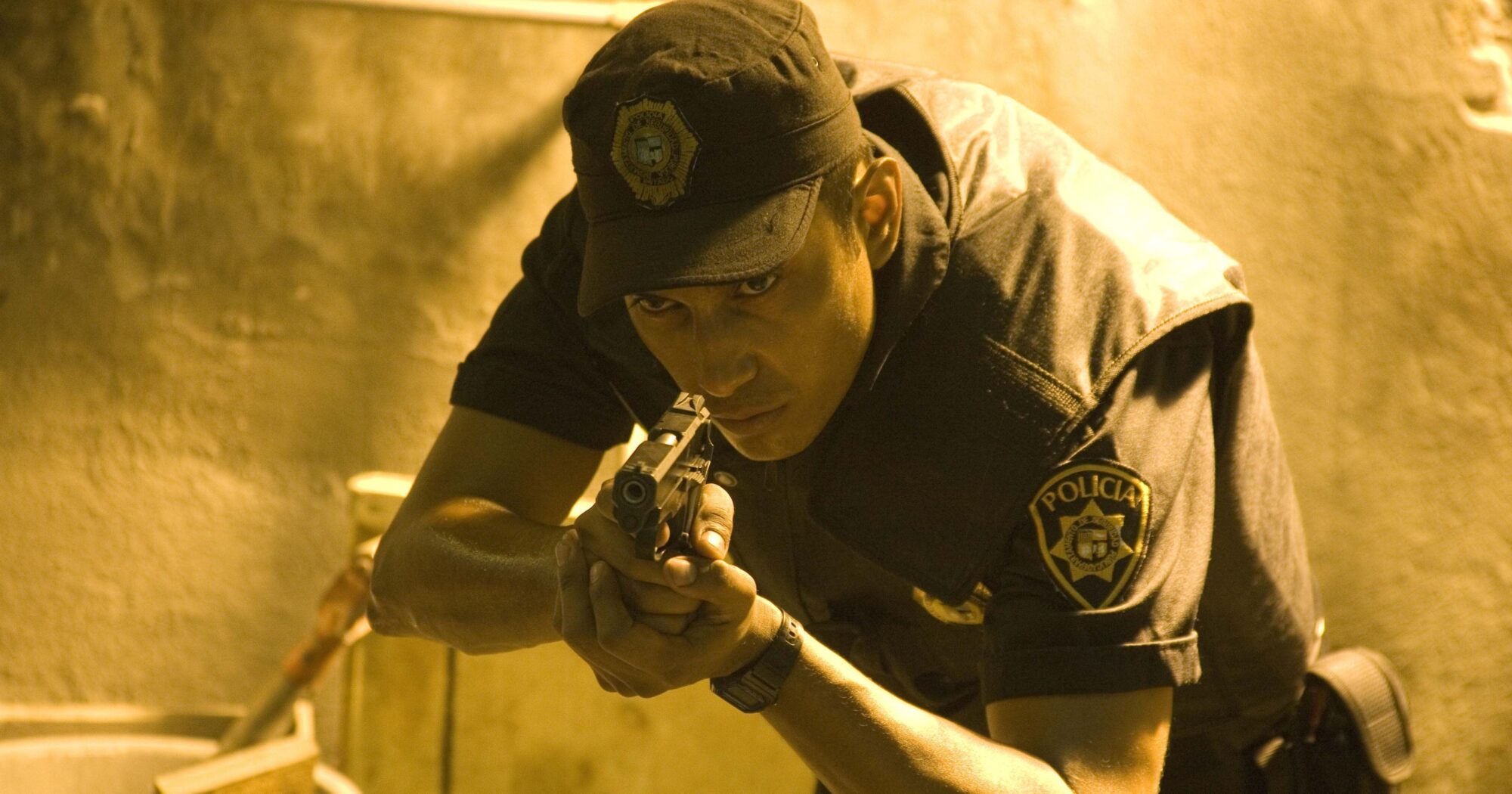 Everardo Gout’s Days of Grace encompasses eight years, tracking a trio of disparate storylines taking place concurrently with the World Cup, the brief quadrennial interlude when Mexico is gripped by sport, allowing thieves to prey on a preoccupied society. Football, however, isn’t just a backdrop, but a metaphor epitomized by a Mexico City police captain who tells his protégé, Lupe (Tenoch Huerta), an idealist whose worldview will crumble, that cops and criminals aren’t adversaries so much as team members locked in the same struggle. The speech is heavy-handed, but no less apt, and taken in conjunction with the film’s inexorable kinetic energy, it initially implies Days of Grace is primed for a ferocious exposé, a la City of God, into the ethical quagmire of a violent and desperate culture. Eventually, however, the film’s impressive array of formal pyrotechnics overwhelms its morals.

Gout spares no film stock, camera filter, jump cut, or whip pan—to the point that he often comes across within the same frame as both over-indulging and demonstrating complete command of his craft. His principal narratives of kidnappings for ransom may be notable only for their conventionality, but he obscures this issue by maintaining a breakneck pace, often foregoing title cards and time stamps so that locales and dates bleed into one another as each character’s archetypal identity essentially becomes beside the point. The passage of time changes nothing. Everyone, no matter who they are, is corrupted. Nabbing the “bad guy” is futile. “There’s always someone higher up,” Lupe is cautioned, a line suggesting everyone here answers to an entity higher than any mere mortal. Yet the film doesn’t have faith in an idea quite so esoteric, ultimately sacrificing ambiguity for a sensationalist wrap-up in the third act and running aground.

In the film’s opening scene, Lupe picks up a pair of youthful petty thieves and feigns shooting them—harsh tactics that nonetheless seek to impart a lesson, to make tangible the potential repercussion of violence in a culture beset by it. Yet as Lupe is drawn further into the malicious web, his plight begins mirroring the film’s own, both vanishing into glossy savagery as tangibility is unwittingly surrendered. A sequence of gun-fu straight from the John Woo playbook lifts the film to a heedlessly operatic level, and a concluding Mexican standoff straining to emblemize a whole society is about nothing more than the showdown itself, the shiny glint of guns and the slow-motion spewing of blood. These Days of Grace disintegrate into vigorous, if myopic, maximalist pulp.