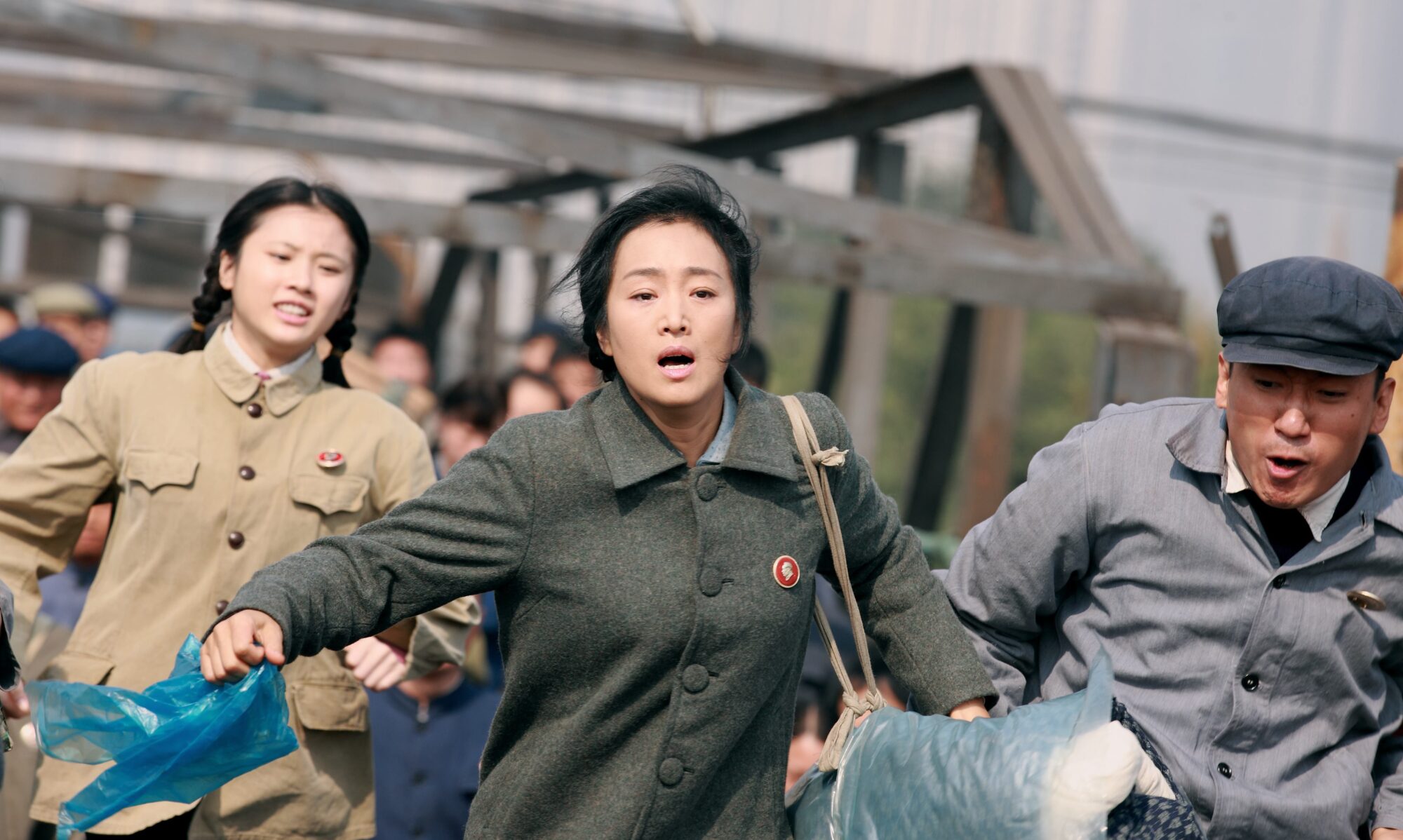 Over the last few decades, director Zhang Yimou has developed a nearly perfect melodramatic tone that springs from the contrast of his bold formality against the comparatively understated performances of his actors. The camera often elaborates on emotions that the films’ characters aren’t entirely allowing themselves to feel, inviting the audience’s omniscient complicity with both Zhang, as the dramatic author, and also, more intimately, with these characters who embody universal confusions that are often filtered through the cultural specifics of Chinese history. In Coming Home, this contrast is brought into stark, poignant clarity in a number of set pieces that masterfully evoke the push and pull between observation and emotional interaction.

It’s the early 1970s, China’s in the midst of the Cultural Revolution, and Lu Yanshi (Chen Daoming) is an intellectual who’s been long imprisoned at a labor camp for vaguely defined crimes associated with deviation from Maoist policy. Yanshi has briefly escaped the camp, and is attempting to contact his wife, Feng Wanyu (Gong Li), and daughter, Dandan (Zhang Huiwen). Wanyu says the right things to the government officials investigating her husband’s disappearance, but she remains loyal to Yanshi. Dandan, however, is a blossoming teenager who embraces her country’s ruling regime, devoting herself as a dancer to a propaganda company that’s mounting a production of the ballet The Red Detachment of Women. Dandan, the company’s best dancer, yearns to win the lead role of Wu Qinghua, but she’s associated with her criminal paterfamilias, whom she betrays in the hopes of winning her director’s—and, symbolically, her country’s—approval.

Zhang establishes this narrative almost entirely through images. We first see Yanshi in striking close-ups, as a recently escaped prisoner who resembles a homeless man: grimy, beat-up, covered in dirty clothes, his glasses glinting off his face, pointing up his eyes, which race with intelligence. The familial triangle that ensues is embodied through an early montage that almost silently cross-cuts among Yanshi, Wanyu, and Dandan as they circle the apartment where the latter two presently live. We see Yanshi in a stairwell, or in an alleyway, trying to broker contact with his wife; soon after, we see Dandan in nearby locations, either following or watching her father. Alternatingly, we see Wanyu in the apartment, almost instinctively waiting for something. The alleys and the streets have a frighteningly painterly sense of darkness, draped in those thick, velvety, only-in-the-movies raindrops, which highlight the feverish searching that’s discernable on the family’s collected faces.

The editing and shot placements also suggest a spiral framework; a face might be on the left of the screen in one image, while another visage might be on the right in the subsequent shot. The triangular embodiment of this sequence is complemented and reaffirmed by another major set piece at a train station, when Yanshi is recaptured by the government after Dandan’s betrayal. In one astonishing shot, the bridge at the train station, which will become a recurring symbol of tarnished hope, cuts across the screen in a sharp diagonal line. At the top right of that line, we can see Wanyu, at the bottom left, Yanshi. Zhang’s formalism ultimately boils down to one master image of Yanshi always on the outside, looking in at a home that’s never available to him—an impression that’s fostered by the camera’s subtle pushing in on Wanyu whenever Yanshi gazes upon her.

A study of faces depends, of course, on faces worth studying. The film takes a bold turn about 30 minutes into the running time, resolving the entire plot and devoting the rest of the narrative to the failures that linger in the plot’s aftermath—a structure that has political resonances in the context of a story that’s concerned with the ending of the Cultural Revolution. Lost in themselves, caught in a hell of regret, Yanshi, Wanyu, and Dandan become wandering phantoms. Yanshi is eventually released from the labor camp, living near Wanyu, but not with her, watching out for her and constructing a series of increasingly heartbreaking ruses in an attempt to recapture what they once had. Chen shows us his character’s misery in his eyes, while Gong plays against her gorgeous, poised type, receding physically into the film’s background as a metaphorical illness traps Wanyu in the past. But Zhang is the most moving, as she reveals how Dandan’s daring physicality—a dancer’s defiant grace—is an over-compensating mask for self-loathing. Coming Home is a film in which everyone’s dreams are irrevocably broken, the pieces too small to grasp, let alone pick up.

Review: Sleeping with Other People