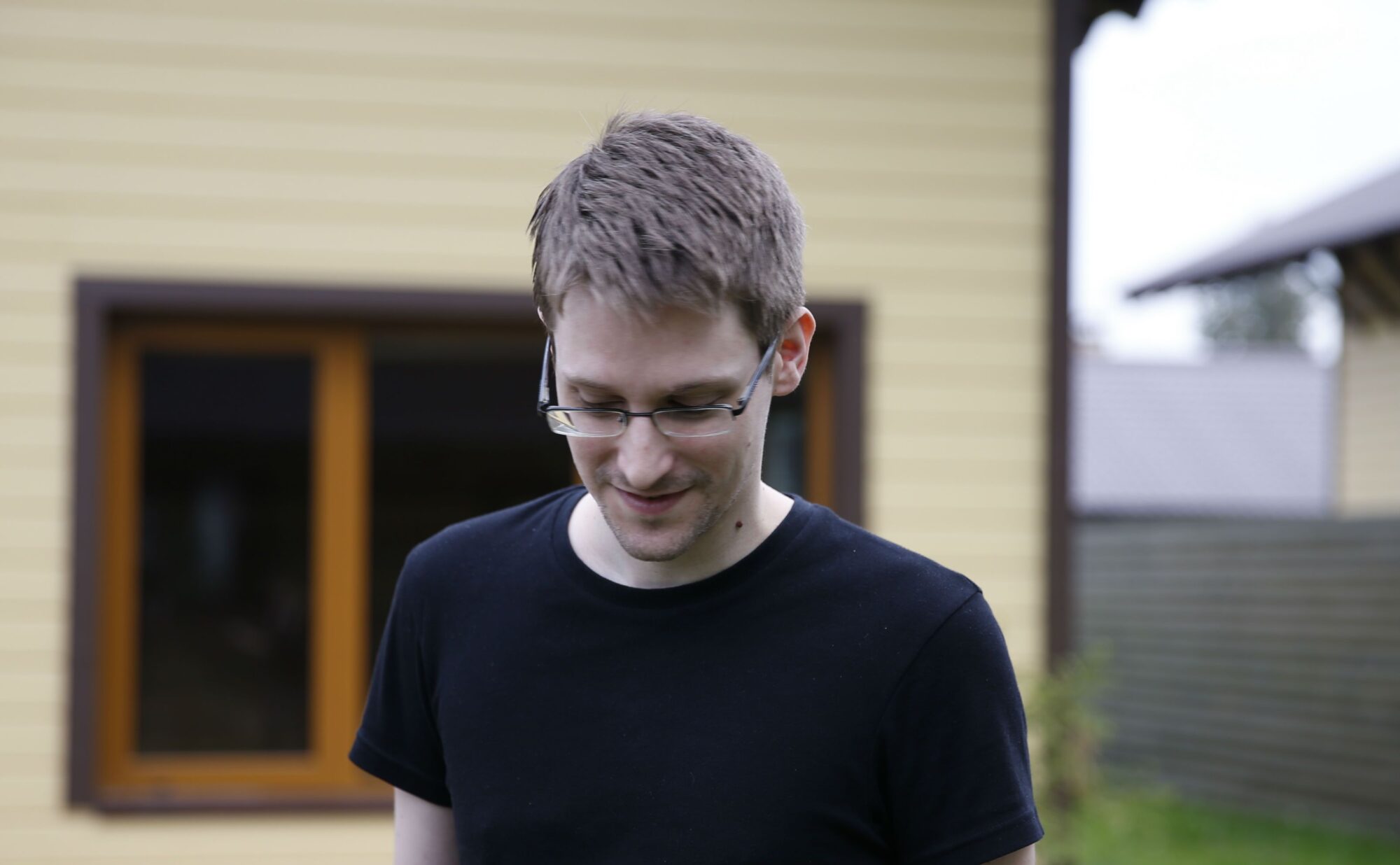 Huddled in a Hong Kong hotel room, Edward Snowden and the three journalists he handpicked to release his incendiary evidence about the massive spy networks used by the U.S. National Security Agency (NSA) to gather information on everyone in the United States and millions more abroad discuss how to get their news to the public. Snowden wants to come out publicly as the source of the information, he says, to show the NSA “I’m not going to let you bully me into silence, like you have everyone else.” Yet he doesn’t want to enable the media to turn away from the damning information he compiled to make him the story, focusing on who he is and why he blew the whistle. In Citizenfour, Laura Poitras shows how Snowden and his print collaborators, Glenn Greenwald and Ewen MacAskill, succeeded in doing just that. As the third of the journalists chosen by Snowden, the one documenting his story on camera as it unfolds, Poitras also teaches by example, providing a privileged insight into Snowden’s personality and motivation while keeping the focus on government spying.

The director, who calls this film “the third part of a trilogy about America post 9/11” (the other two are her films My Country, My Country and The Oath), outlines the extent to which the U.S. government spies on its own citizens and the risks associated with that spying with the clarity and persuasiveness of a gifted trial lawyer. Though she occasionally uses title cards to convey information, she avoids other overused and often stultifying documentary devices like talking heads, infographics, reenactments, and voiceover narration, conveying her copious facts almost entirely through judiciously edited footage of conversations, Senate hearings, TV news reports, courtroom trials, and other person-to-person interactions. Her insider status grants her access not only to the hotel rooms in which Snowden and his collaborators conferred for eight days, but to scenes like Julian Assange talking to a colleague about how to get Snowden to safety and a team of journalists at The Guardian sifting through the information Snowden provided.

At the same time, watching Snowden in his hotel room as he talks to the reporters, follows the story as it erupts on TV, and emails the live-in girlfriend who doesn’t yet know where he is or what he’s doing creates a spy-movie sense of suspense and plays to our hunger for a human-interest angle. Shots of him nervously fussing with his hair before meeting the press, or even more nervously fidgeting on the side of his bed as one human-rights lawyer confers with another in a coded conversation about how and where to extricate him from Hong Kong (after the U.S. government charges him with three felony counts), give us a window into Snowden’s feelings. His articulate responses to the reporters’ periodic inquiries give us an equally clear window into his motivations, as when he says that the enormous amount of data the government is gathering on us all and the fast-growing power of the technology that enables that spying have shifted the balance of power in the U.S., so the politicians we elect are no longer answerable to the electorate, but instead are positioned to control us.

This is the kind of film that’s unlikely to be seen by anybody who doesn’t already agree with its premise, but Citizenfour is an urgent elbow to the ribs even for those already concerned about governments that spy on their own citizens. As computer security expert Jacob Appelbaum puts it, a dangerous sense of complacency lulls too many of us to accept rampant government spying as the price of belonging to a wired society. “What people used to call liberty and freedom they now call privacy, and in the same breath they say that privacy is dead,” he says. Snowden may claim (as he does here) to know nothing about the media, but he chose wisely when he tapped Poitras, who has the smarts to ferret out perspectives like Appelbaum’s and the skill to weave them into a disturbing and convincing message.

Review: The Tale of The Princess Kaguya