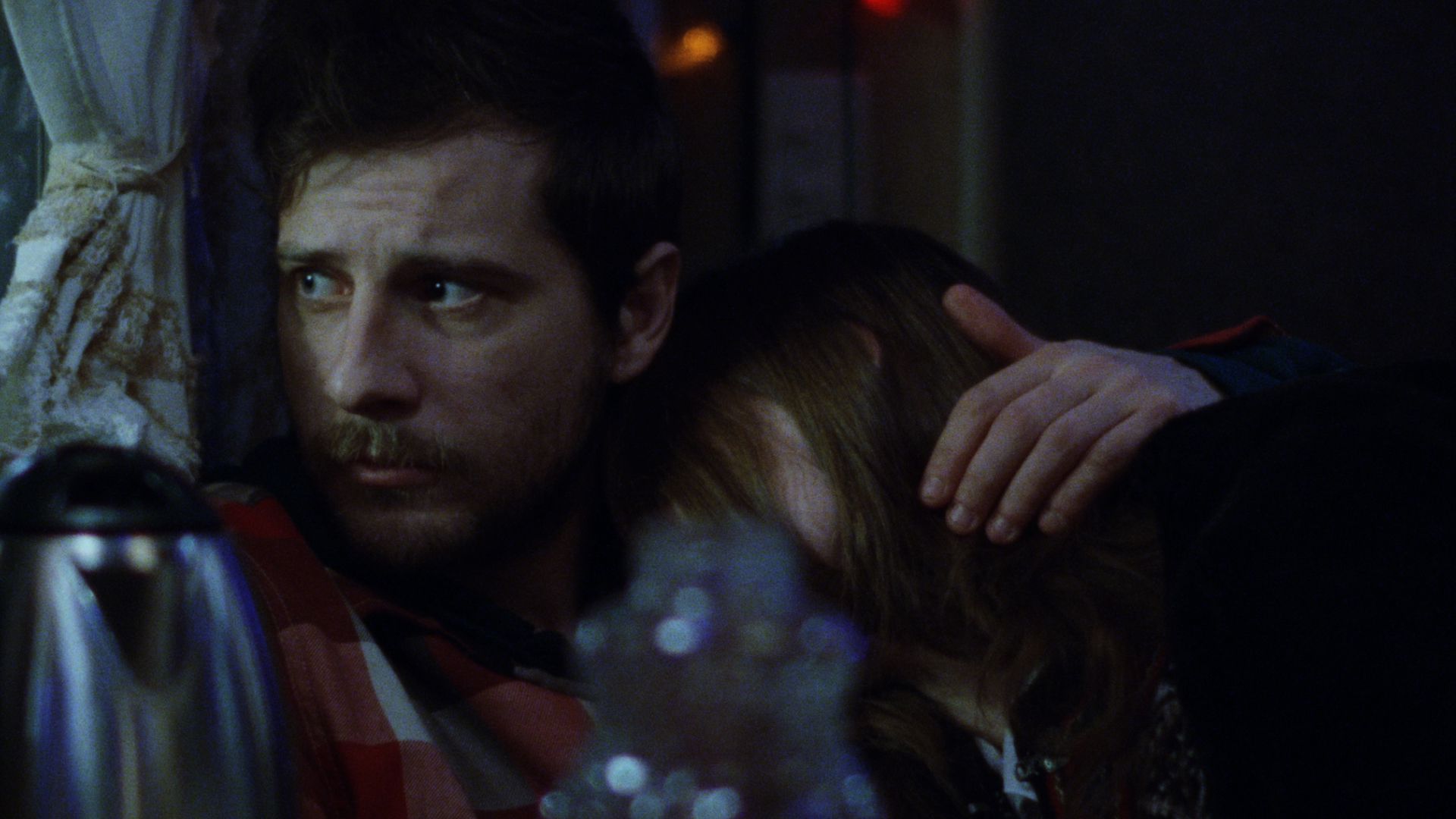 Writer-director Charles Poekel’s Christmas, Again opens with a series of diffuse, colorful lights, suggesting the electronic video art of Nam June Paik in their abstract arrangement against a black background. They’re less identifiable as Christmas lights than isolated beams of energy striving for coherent meaning. It’s fitting, then, that these vibrant shimmers quickly give way to Noel (Kentucker Audley), a wayward twentysomething, pacing in front of his Christmas-tree lot, “sometime fairly recently in New York City,” as a subtitle explains. The immediate lack of both fine points and specificity in Poekel’s debut feature, shot on 16mm, is imperative to following its through lines of poorly uttered names, apocryphal stories, and faces that appear and then quickly vanish from the film, often within the same scene.

Poekel demonstrates an impressive flair for drawing important narrative details from seemingly trivial conversations. When Noel reveals that he’s been selling trees in the city for five years, an annual customer tells him: “I’ve never done nothing for five years.” As such, Poekel ponders time in Noel’s stead, since he’s too busy trying to ignore the fact that his longtime girlfriend is gone and the hired help mostly lazes around the lot and returns late from breaks. Noel can tell any prospective customer the exact name, size, and care needed for every tree on his lot, but is incapable of introspection. When a woman shows up looking for “the Obama tree,” he assures her that they have one, though grown in New York, not Ohio, as she requested. “Oh, a local tree,” she enthusiastically responds. Poekel ribs cultural mores without becoming overtly polemical; when a customer insists he snap a photo of a prospective tree with his phone, Noel is forced to stand diligently, posing as the ornament he’s consistently acknowledged to be.

Change potentially manifests for Noel when he finds Lydia (Hannah Gross) passed out on a park bench late one night, her cellphone in the hands of a homeless man. Ever the boy scout, he carries her back to his camper to spend the night. Noel has no lascivious intent; instead, he tucks her in and resumes his duties. Poekel rightfully insists upon foregrounding Noel’s numbness to surrounding cheer as the film’s guiding force, but he too preciously treads around character desire, most notably once a chance meeting brings him face to face with Lydia’s boyfriend. The same goes for an encounter with Jane (Andrea Suarez Paz), whose interaction with Noel at first seems slightly sexual, but is eventually downplayed. These instances unfold too loosely to cohere into more voluminous import for the delicate and slight proceedings, so that a gift in the form of a tea flower has to carry so much symbolic weight that it nearly voids the film’s prior, extensive goodwill.

Such a rather major misstep in the homestretch is softened by Poekel’s truly humanist interests throughout, especially when Noel ventures from his lot to make deliveries and steps into homes throughout the city. At one point, Noel is on his back, screwing a tree into its stand, while a couple—the woman pregnant, the man on crutches—laugh and kiss as Noel toils. Poekel uses a low-angle shot to convey Noel’s humiliation, but later, on Christmas Eve, when Noel is making a delivery with Lydia to a wealthy family, he opts for a handheld, mobile camera to convey the family’s (and Noel’s) sense of joy. Yet the film’s narrative beats are too pat at times, largely because Poekel insists on a rigid four-act structure, with turning points clearly demarcated from act to act. There’s little daring within Christmas, Again at most every level, but Poekel nonetheless displays an assured directorial hand and maintains a modest, appealing, even droll sensibility throughout.