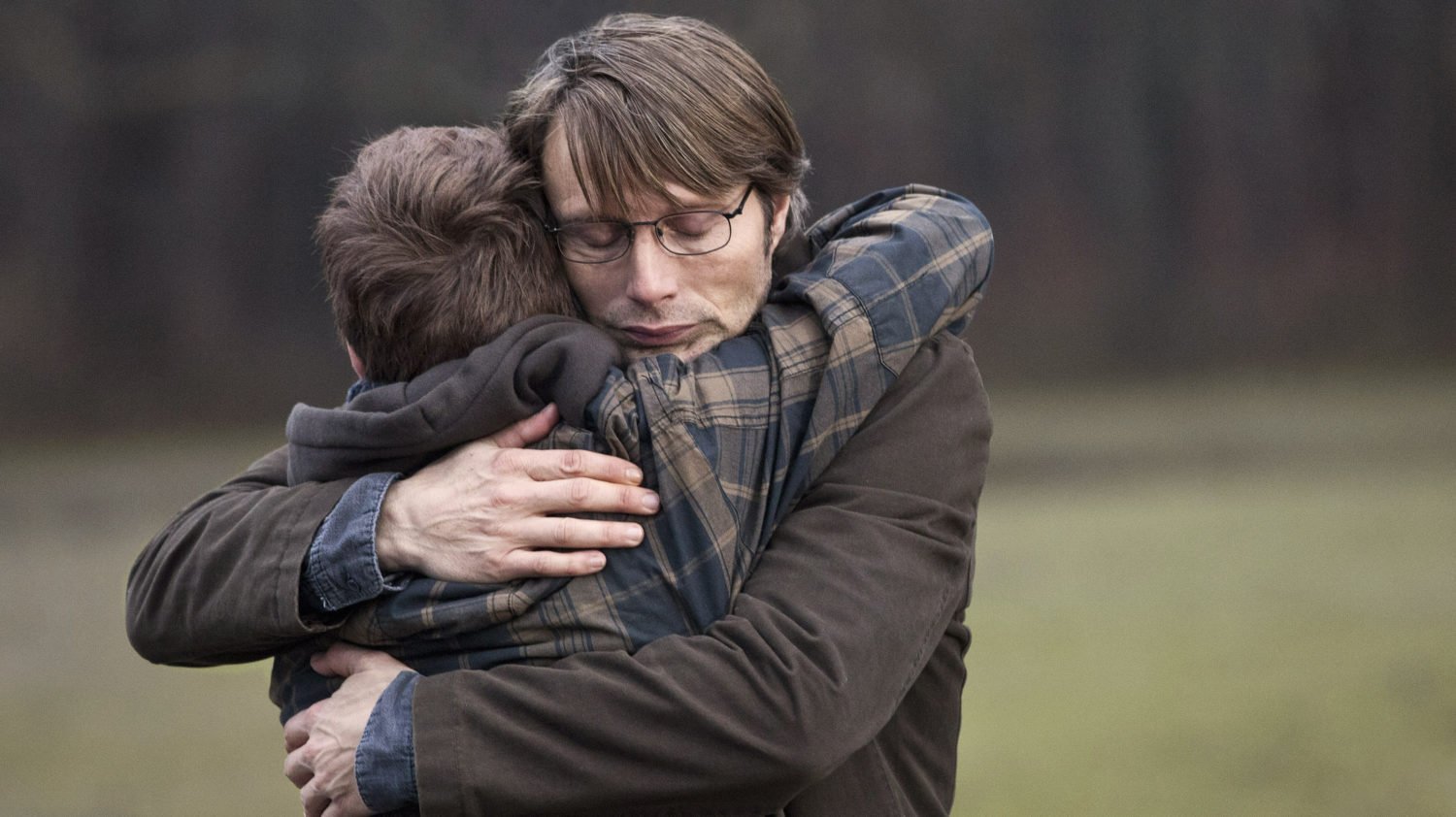 Anchored by an impressively modulated, admirably restrained performance from Mads Mikkelsen (best known for his work with Nicolas Winding Refn), The Hunt is otherwise an indecisive, weak-kneed film. The story of a man (Mikkelsen) ostracized and persecuted by his small-town Danish community owing to allegations of child abuse never clicks into place, mostly because director Thomas Vinterberg can’t draw a bead on how to approach his hot-button material. (Truth be told, this kind of thing has been done so often, the material’s really more lukewarm.) Half the time, in scenes where suspicion spreads like a contagion and folks begin to act in increasingly inexplicable ways, Vinterberg seems to think he’s filming Franz Kafka’s The Trial. Other times, The Hunt feels grounded in a specifically Scandinavian mode of realism derived from Henrik Ibsen’s An Enemy of the People. Failing to reconcile these tonally disparate modes, Vinterberg’s film flounders.

Also, it doesn’t help that The Hunt’s storyline is 43 varieties of improbable. This is one of those stories so necessarily founded on contrivances, on characters acting in ways that are unmotivated and senseless, yet entirely necessary to maintain all the narrative balls in the air, that one false move will bring the whole shebang down like a house of cards. And that’s precisely what occurs, not just once, but time and again throughout The Hunt: A properly placed phone call, a heartfelt conversation, could clear things up as easily as a strong antiseptic, but it never happens. Structurally, too, The Hunt is entirely conventional in its dialectics, moving Mikkelsen’s character Lucas from social integration through alienation and then back into comfortably redemptive reintegration. Nothing feels ventured, so nothing can be gained. What’s utterly lacking is a sense of risk, let alone the demolition-derby wreckage inflicted on the Danish family in Vinterberg’s best film, The Celebration.