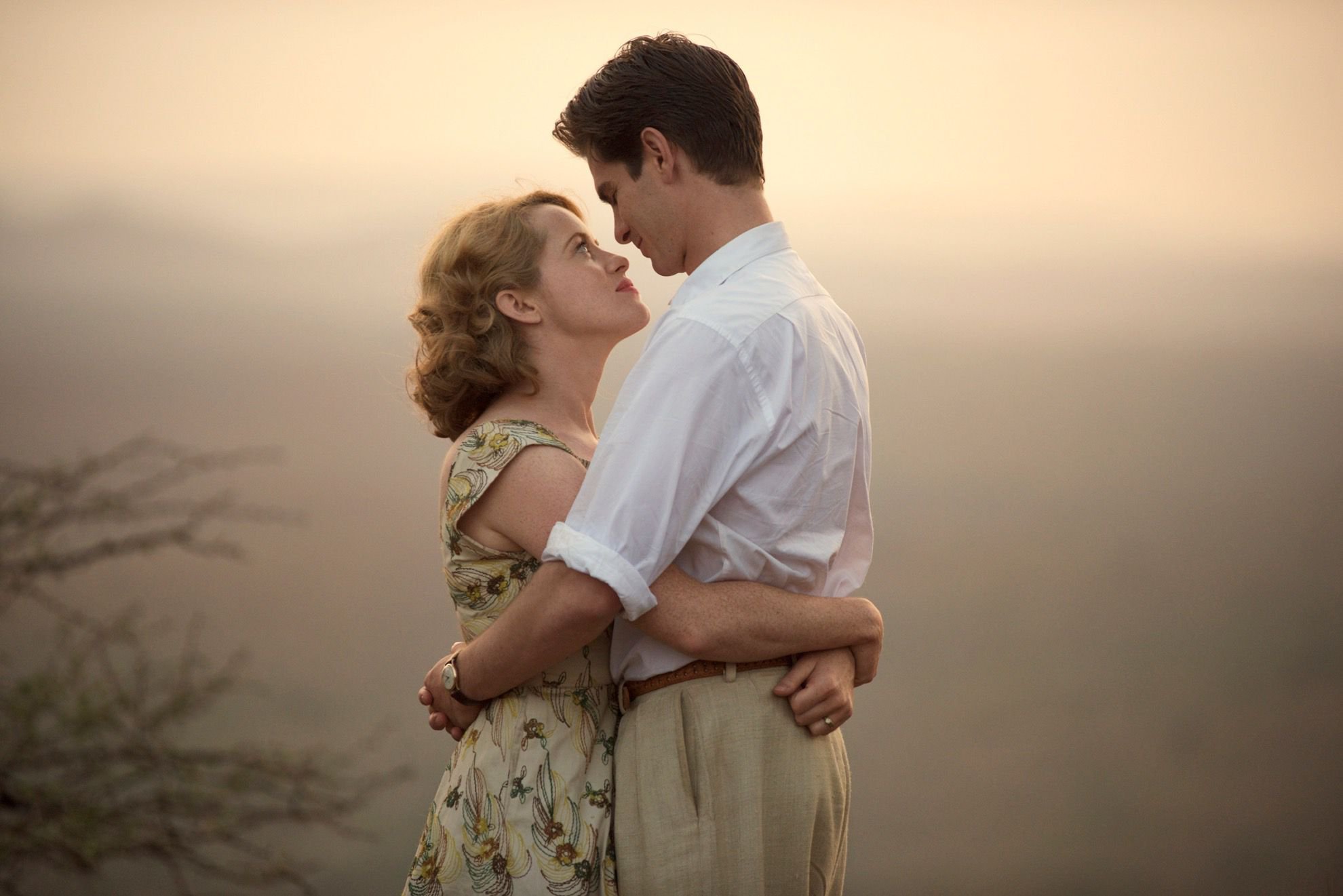 From the Lord of the Rings trilogy through to the recent Planet of the Apes films, Andy Serkis’s motion-capture work has revolutionized Hollywood’s approach to special effects. In this line of work, Serkis has mastered the illusion of the hyperreal as an integral piece of the layered computer graphics that present themselves contradictorily as indecipherable from, yet superior to, the real. So while a prestige biopic may at first seem like an odd task for Serkis to take on in his first stab at directing, Breathe is in some ways not all that different from the prior films with which he’s been involved as an actor. Not long after the words “What follows is true” flash on the screen in the opening shot, that truth is revealed to be a clean, easily digestible replica bathed in honeyed cinematography and sentimentalized adulation.

This isn’t to suggest that Serkis’s approach to the biopic is neither particularly unique in glorifying its subject for the sake of inspiration nor that his intentions are in the wrong place. In fact, his portrait of Robin Cavendish (Andrew Garfield), a man paralyzed in 1958 from the neck down by polio and forced to breathe with the assistance of a respirator, is at times quite moving. But the filmmaker’s intensely personal connection to his subject matter is evident in Breathe’s perpetual aggrandizing of Robin (Serkis has had a longtime friendship with Robin’s son, Jonathan, who also produced the film). As such, it doesn’t come as a surprise that triumphant moments of overcoming hardships are thrust to the forefront as years of mental, emotional, and physical hardships are barely touched upon.

Breathe is most effective when it engages with the world beyond the self-contained love story between Robin and Diana (Claire Foy) to examine the former’s pioneering work as a disability advocate. But despite its title, the film is often suffocated by its limited scope and refusal to delve into Robin and Diana’s tortured interior worlds. Even after Robin learns that he’s paralyzed and likely has months to live, Serkis allows only a few brief scenes of the man struggling to learn to swallow, talk, and overcome his suicidal depression. And soon, Breathe abruptly switches gears into a lighthearted romp as Diana helps Robin escape the hospital to live under her care at home.

Such levity is relied on so often throughout the film that it becomes a crutch, preventing an honest engagement with the myriad difficulties faced by Robin. And he certainly faces a steady stream of challenges even following his initial paralysis—from implementing his idea for building a respirator into a wheel with the help of his close friend, professor and inventor Teddy Hall (Hugh Bonneville), to building a hydraulic lift into the front seat of a car and later finding funding to mass produce his revolutionary wheelchairs. But as difficult as Robin’s life is, victory here comes without breaking a sweat and major hurdles are cleared with the ease of a seasoned track and field athlete.

The effortlessness with which Robin and Diana move through their years together is particularly egregious when they travel to Spain, trying to keep their previously adventurous lifestyle somewhat alive. When Robin’s respirator craps out, a passerby quickly helps them contact Teddy, so that their friend can fly out and rescue them. As Robin and Diana wait, various townspeople visit them by the roadside, and what follows is a full-out party celebrating the miracle of Robin’s survival despite his condition. Along with polio, Breathe would have you believe Robin caught a bit of the Midas Touch as well.

This spell of unending optimism is finally broken toward the end of the film, when Robin travels to Germany to see the unconscionable manner in which renowned doctors care for their disabled patients and is subsequently moved to free them from their inhumane conditions. His speech to a room full of doctors and nurses is heartfelt despite its cloying sentimentality, but it’s the unexpected grace of the ending that finally allows for a true sense of self-reflection and emotional purging that much of the film mutes.

Despite hitting most of the predictable biopic beats along the way, Breathe ends with an extended, meditative sequence that doubles as an impassioned plea for the humane treatment of the disabled and the right to death with dignity. It’s hard, particularly in light of recent events, not to be moved by a man’s selfless actions to help integrate thousands of people in need into society and provide them with the mobility and respect they deserve. Yet the film’s effusive praise belies an unwillingness to let the merit of Robin’s actions stand on their own, leaving what should be a fascinating, multifaceted man feeling one-dimensional—perhaps a bit more human than human.