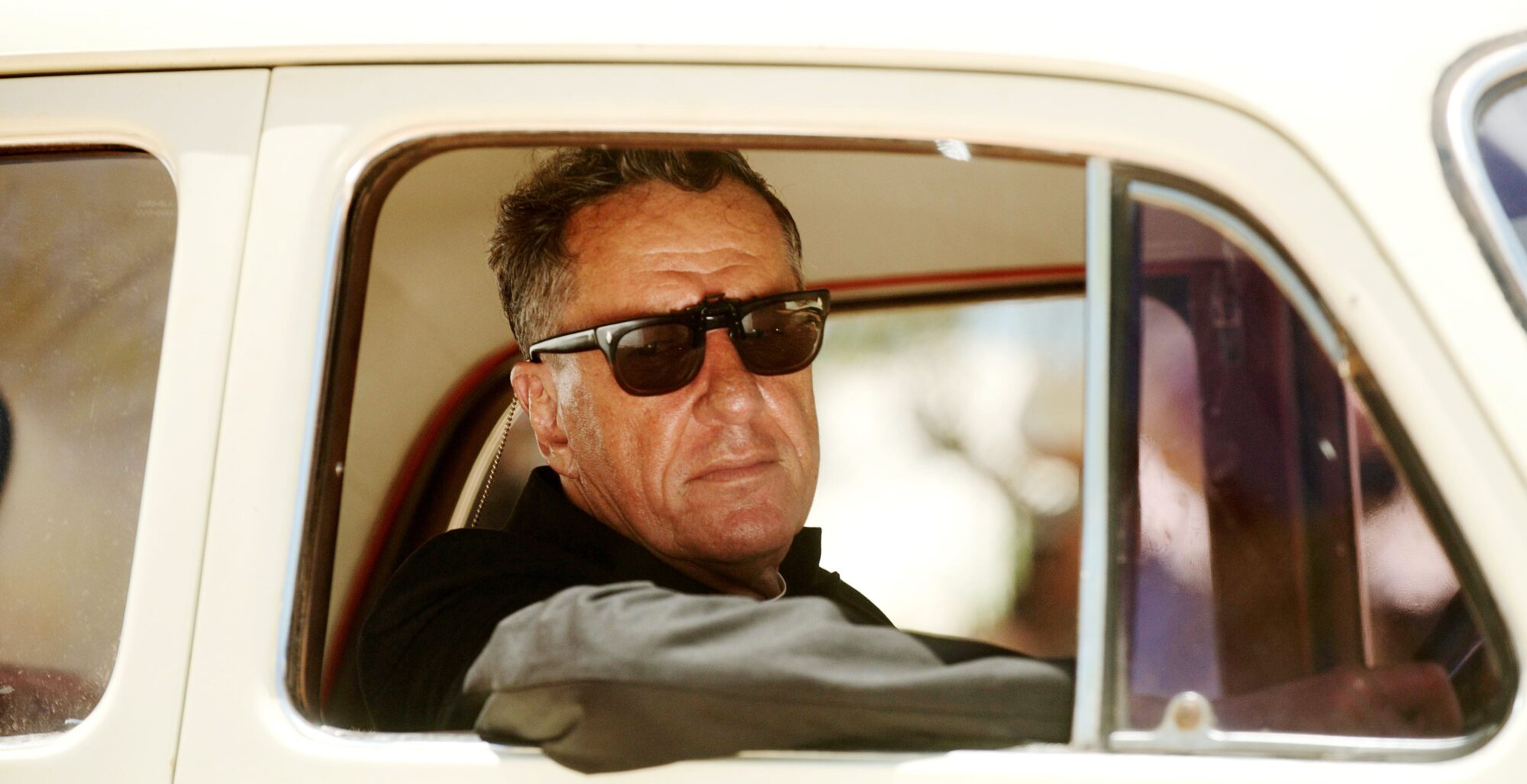 Trite, silly, and grating are all apt words to describe the cinematic buffoonery of Rachel Perkins’s Bran Nue Dae, a flimsy excuse for a nostalgic musical that shoots for playful satire but ultimately proves staggeringly impotent. Willie (Rocky McKenzie), an Aborigine teenager often found congregating with, and swooning over, girl-next-door beaut and would-be songstress Rosie (Australian Idol winner Jessie Mauboy), is held back by his pious mother’s plan for him to attend seminary and become a priest. As Rosie moves on to a hunkier guitar player at the local, “sinful” sing-and-dance parlor, where attendees participate in Dirty Dancing-like boogieing, an angst-ridden Willie must face a goofy yet strict priest, played by a clownish Geoffrey Rush, back at boarding school. After Willie flees seminary school, and meets a varied cast of stock—some sexually deviant—characters on his way back to Broome, the film pretty much devolves into a series of episodic, questionably moralistic misadventures that are intermittently cut with forgettable musical moments.

The film’s central conceits lie in the tug of war between lustful temptation and religious obligations of heritage; there are also constant nods to the mistreatment and plight of indigenous people, as the cast is mostly all Aborigine, and the 1965-set story largely revolves around the Aboriginal town of Broome. Perkins stages bouncy antics and cheery, singsong dance numbers as a way of lightly approaching the pain, oppression and rampant racism historically faced by the nonwhite characters. The end result, however, comes off as brightly colored fluff, deflating any actual attempt to engage political and personal strife, as the bubbly overflow softens the sting. The songs, too, lack any sense of nuance, merely acting as lyrically simplistic devices for characters to voice their bountiful pride; right before Willie busts out of the seminary, he bursts into song, declaring to Rush’s priest: “Nothing I’d rather be, than to be an Aborigine.”

The film works best as just a well-shot tour through the Australian Outback, as broadly delivered in-jokes—ranging from quips about native candy bars to local singers—usually prove humorless to foreigners. Bran Nue Dae might have had more of a bite in the early ‘90s, when the stage musical from which the film is adapted had its initial run. But with a clunky, cut-and-dry plot and a pat concluding sequence where we literally find out each character is related, the film sinks rather than flies, despite the unbridled energy it obnoxiously beams.