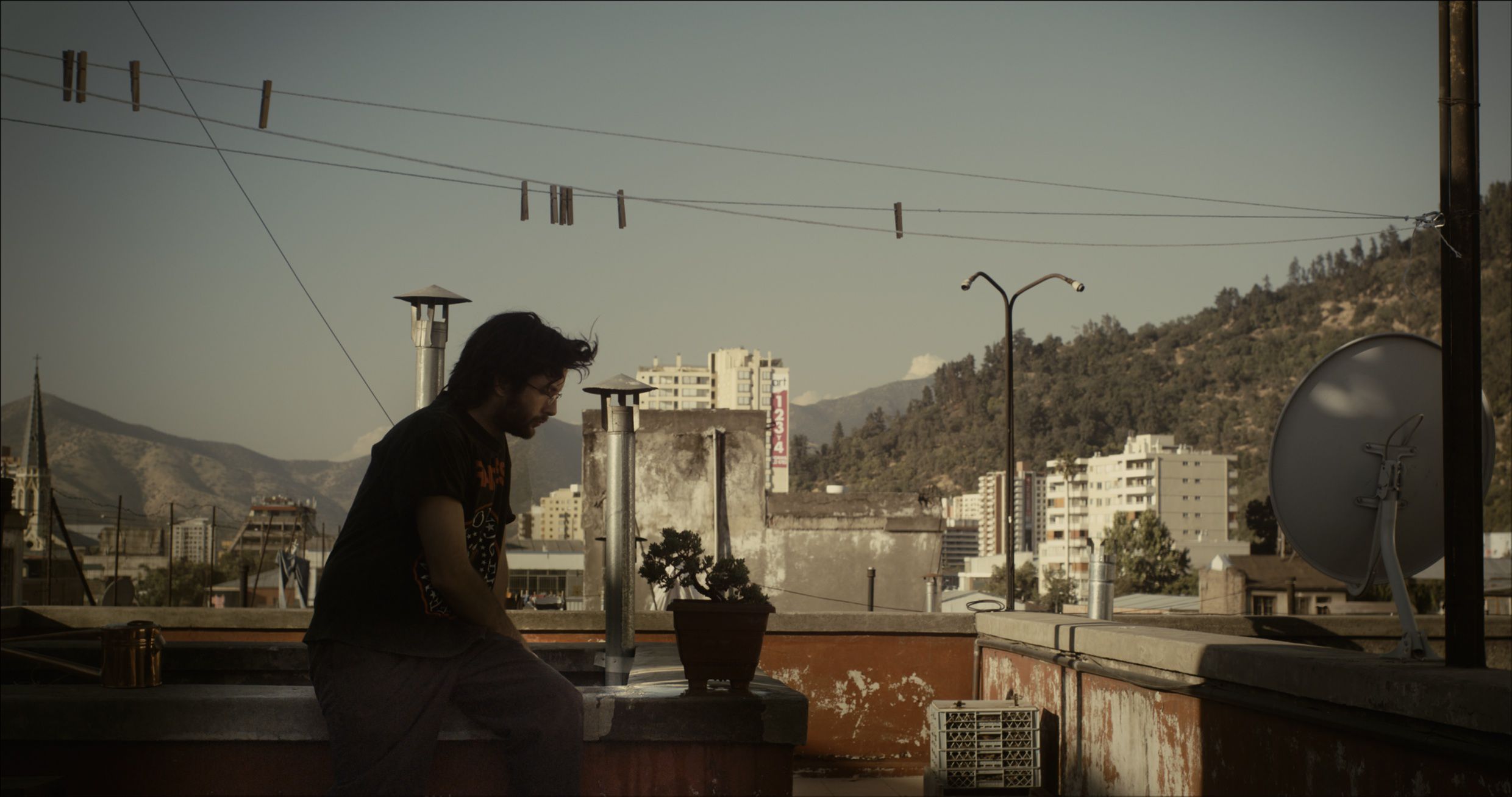 Cristián Jiménez’s Bonsái, which may be accurately called literary pornography, begins with the very Brechtian sentence, “At the end of this film, Emilia dies and Julio remains alone,” and then unfolds through a string of delicious literary references and unabashed framings of the print book as an extremely erotic object, beginning with Proust. Julio (Cristóbal Briceño) is a young writer pretending to his girlfriend that the novel he’s writing, and that she’s reading, is actually a famous novelist’s work that he’s simply transcribing from written page to the computer. In a beautiful little scene, he falls asleep at the beach while reading In Search of Lost Time, the contours of the book left as a sexy tan line across his chest. Sexy because soon he will find himself (or is it his novel’s character?) shirtless at a cool house party in Santiago, Chile, discussing tea addiction, the surprisingly soporific powers of caffeine, and making out with a stranger who read the book a long time ago.

This is the kind of film in which characters speak about the advantages of failing, writers craft novels with characters without names or faces (“because what really matters is that he let the only woman he loved go away”), and reading Flaubert in bed is a post-coital ritual. This is accomplished without mumblecore affectation or self-important French-esque intellectual mimicry. The characters just are, the camera just shows. Bonsái understands the orgasmic appeal of old bulky tomes and stapled Xerox copies titled La Nueva Novela with blurry pictures of Rimbaud for illustrations. It knows how entangled the will to know is with the will to make love. The tactile pleasures of holding the printed page—or even just watching a Georges Perec fall on the hardwood floor—become an extension of the desire to touch the lover’s body, and listen to what it has to say.

The film shares a kind of kinship with Vilgot Sjöman’s I Am Curious: Yellow and the way intellectual curiosity coincided with bodily passion. (In the Swedish film, the feisty Lena archives her Xeroxed essays in perfectly labeled bins, which become part and parcel of the way she deals with love.) But it also shares the “we are never so close to death as when we are in love” ethos of Julio Medem’s Lovers of the Arctic Circle, another film that announces its tragedy just as loudly as it proclaims its love. If we think of the figure of the bonsai, which serves as a metaphor in the film for that which, like the book, relies on form in order to make sense, we can see how something like the Kindle can be both intellectual and sexual blasphemy.